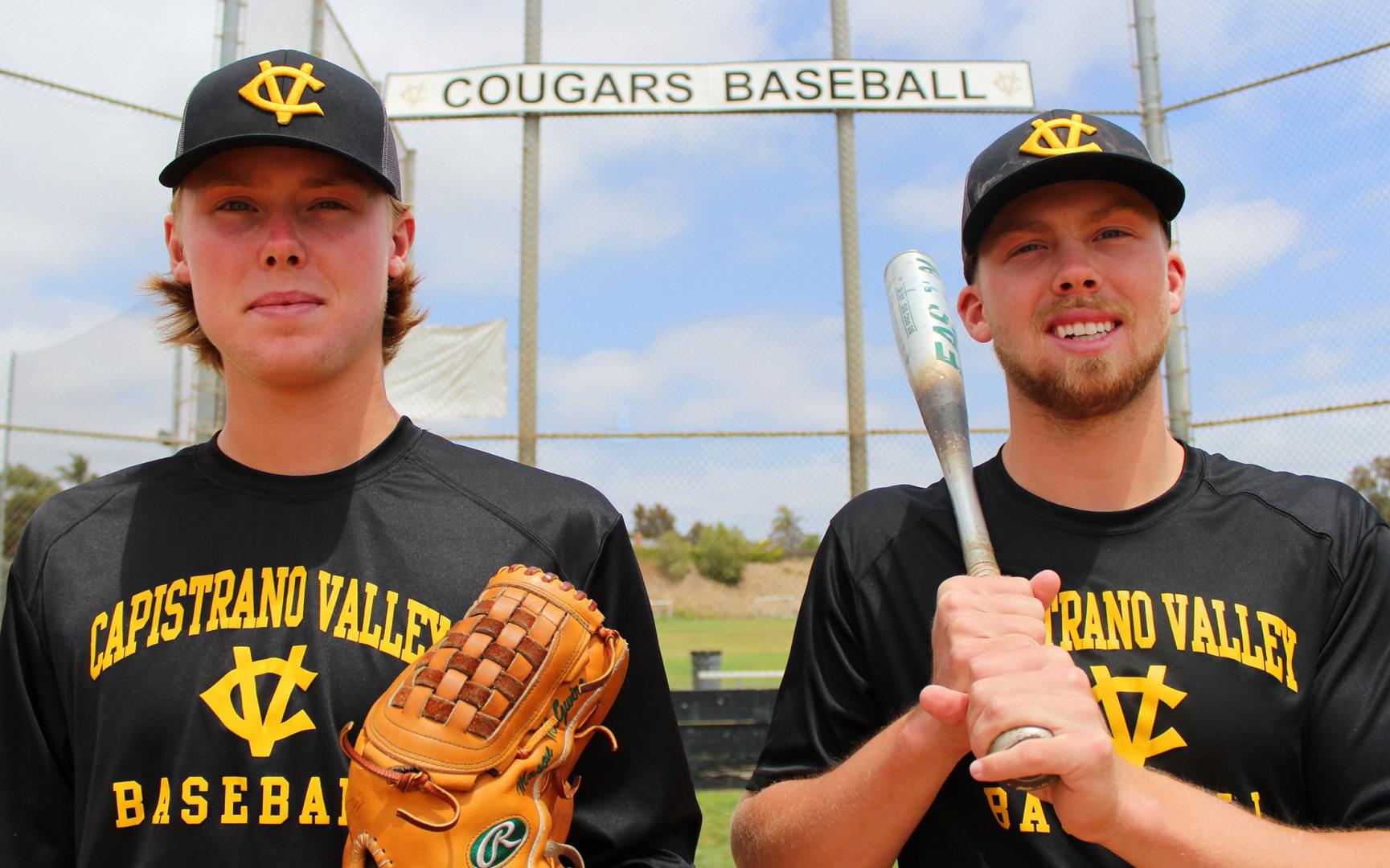 Max and Mason McGwire found their love of baseball spending summers in MLB ballparks with their dad, Mark McGwire.

Kids dream about playing in the major leagues.

They watch their favorite players strike out the side or launch a towering home run into the stands.

But brothers Mason and Max McGwire have come as close as a child can get.

Their upbringing wasn’t that of a typical Orange County young baseball player.

They learned the game they love from very personal experiences.

GROWING UP IN THE BIG LEAGUES

His home run race with Sammy Sosa took the world by storm in 1998.

After McGwire retired from playing in 2001, he was hired to be a hitting coach for the St. Louis Cardinals. His coaching career lasted eight years with the Cardinals, Los Angeles Dodgers and San Diego Padres and, during the summer months, his sons were right by his side.

“It was just an awesome experience,’ Max McGwire said. “I’m so thankful to have the life I have. I would never trade it for anything.” 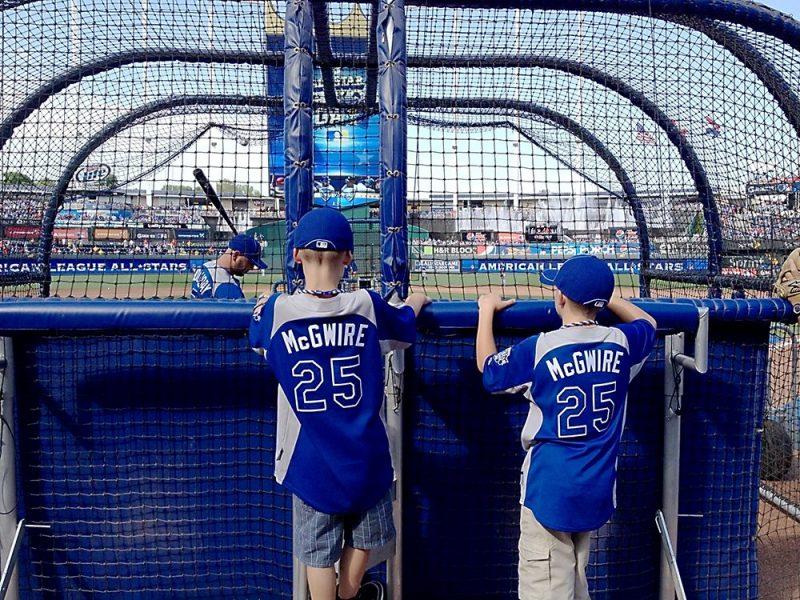 Max and Mason McGwire watch batting practice during the 2012 MLB All Star Game in Kansas City, Missouri (Courtesy of the McGwire family)

While Mark McGwire finished his career amongst the game’s great hitters, he never forced baseball on his boys.

The brothers grew up around the game but also played golf, basketball and even flag football.

It was traveling to see their dad in his first years as a hitting coach that they began to understand the near-mythical tradition of baseball.

During one of the first road trips the boys were allowed to attend, the Cardinals flew to Miami to take on the Marlins.

“Albert Pujols told us he was going to hit a home run for us.” Max McGwire said. “Sure enough, he came up to the plate and hit a home run. He comes back to us in the club house and gives us a big hug and says, ‘I told you so.’

“We were sitting there in awe. It was like Babe Ruth calling his shot. Now we are older, we understand how amazing that actually was. To live up to something like that was amazing.”

The brothers didn’t just learn their passion for the game then, but also the fundamentals.

It started when Cardinals’ manager Tony La Russa let the boys go out to the outfield and shag fly balls from batting practice.

“I saw (former outfielder) Jon Jay take them under his wing – how to play the outfield, how to read a fly ball,” Mark McGwire said. “Max plays first base but I know he could easily play the outfield. For nine straight summers, all he did was shag balls in major league ballparks.”

“I was willing to hear from anybody,’ Mason McGwire said. 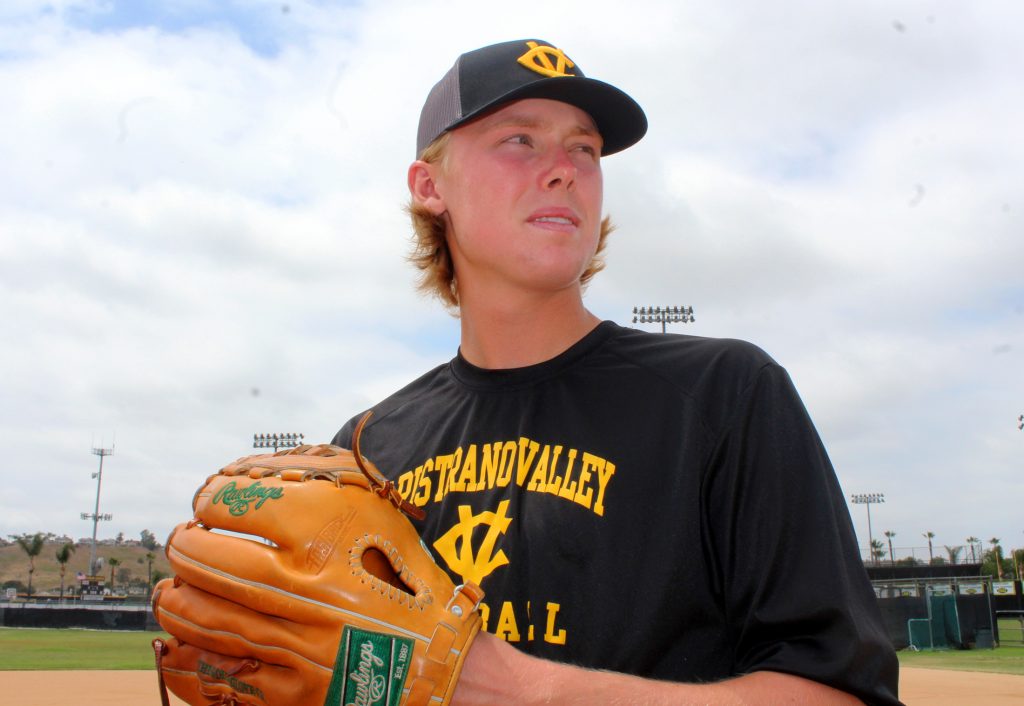 With the love of the game now close to their hearts and the fundamentals continuing to develop, they also began to see and understand the hard work and dedication needed to play at the highest level.

They have overcome their fair share challenges, such as transferring to a new school from JSerra Catholic High School in San Juan Capistrano because “it wasn’t the right fit.”

In addition, like anyone, they have each had bad games throughout their careers.

But challenges happen in life and Mark McGwire knows his boys are going to make mistakes.

“Everyone does, even professional ball players,” he said. “It’s about finding a way to handle them and how to move forward.”

The same goes for success, he tells them.

“You can’t gloat about it,” Mark McGwire said. “You have to understand baseball is a daily challenge. The game of baseball is built on so much negativity and failure. Great, you did well tonight, but now you have tomorrow to worry about.

“Baseball is a marathon. Nothing happens overnight. Sometimes I listen to parents and they train for a sprint and you have to understand that’s not how the game works.”

Max and Mason McGwire didn’t play last season because of the coronavirus pandemic but now, with restrictions lifted, both are shining brightly for Capo Valley.

Max is batting just over .350 with six home runs, while Mason has a sub-two ERA and 21 strikeouts. 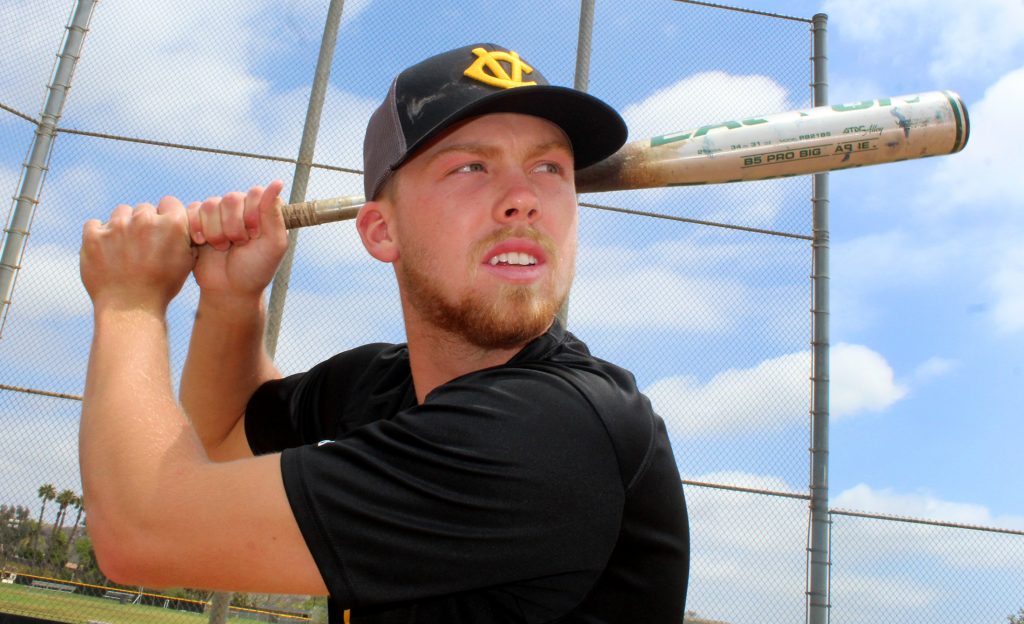 More importantly, the two are enjoying the game of baseball.

“I really love it here. They really let us play,” Max McGwire said. “Adam is a super positive coach and he really knows how to develop players.”

Both brothers acknowledged that the name on the back of their jersey creates a certain pressure or standard that people might set for them. At the end of the day, they move forward in creating their own paths with a hope to someday step up to the plate or take the mound at a major league stadium as a professional baseball player.

And his brother echoed a similar response.

I believe in myself so much that I know I can accomplish my dreams,” Mason said.

As a father, Mark McGwire looks out with a smile at his sons during games.

“I’m very proud of them. They have raw talent,” Mark McGwire said. “The sky is the limit. There is so much growth for them physically and within the game of baseball.”

The brothers will take their game to the next level after committing to play baseball at Oklahoma University. From there, they want to find their own paths, but each of them would like end up on a major league team like their father did.

“They are much better athletes and baseball players than I was at their age.” Mark McGwire said.

It’s been some years since the two have stepped onto a major league stadium to shag like they did as kids, but the next time they step onto one, they want to be wearing their own jerseys instead of their dad’s or that of an idol.

“I’ll do anything to get there,” both brothers reiterated. “There are 30 teams. All it takes is one to take a chance on you.”