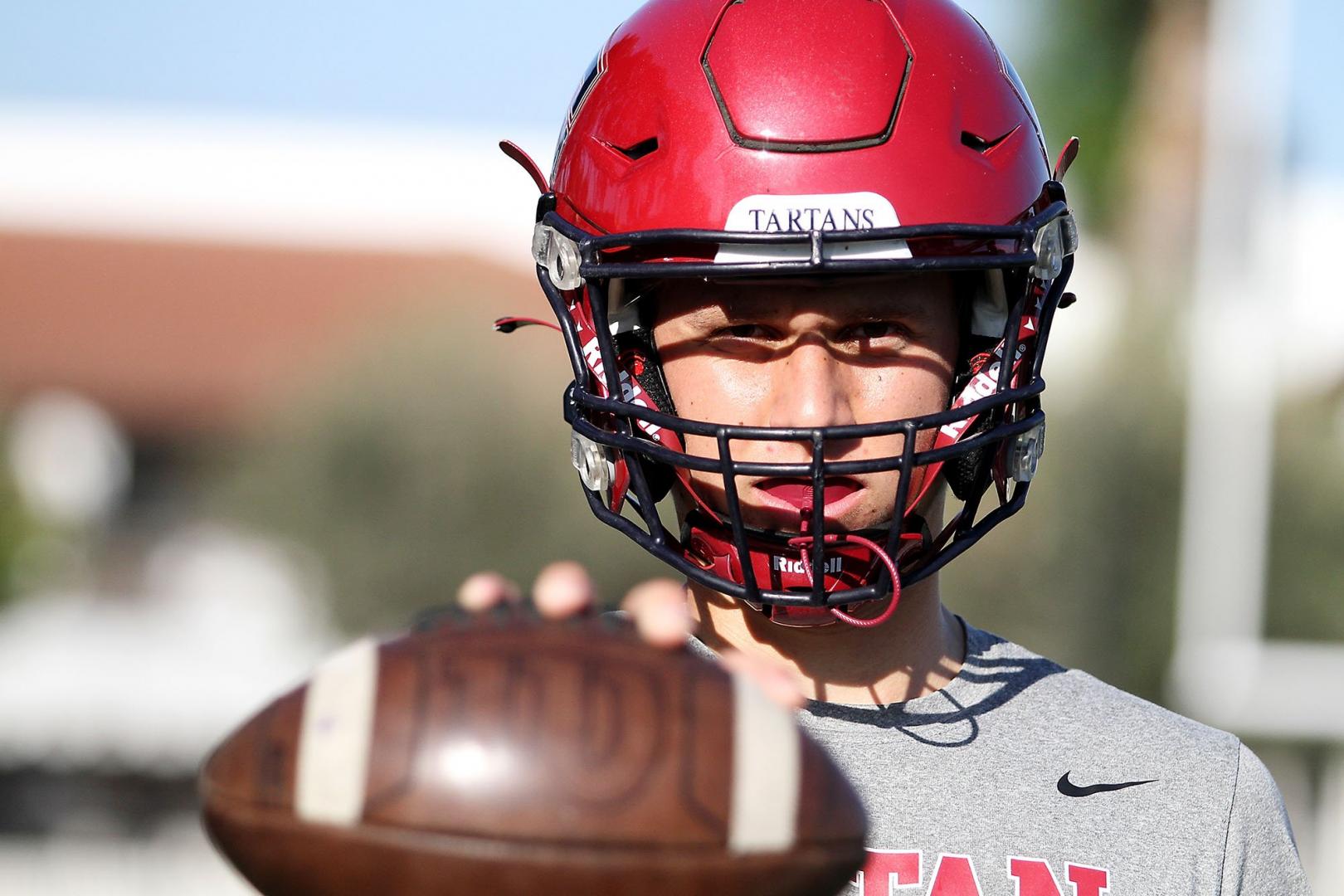 St. Margaret’s quarterback Jack Ruff has made an impact with 15 touchdown passes

SAN JUAN CAPISTRANO — When St. Margaret’s senior quarterback Jack Ruff first picked up a football, he immediately knew what he wanted to do.

He wanted to be a football player.

“It’s the brotherhood. I love the team aspect,” Ruff said.

Fast forward a decade as he marches the Tartans down the field, his passion for the game burns brighter than ever before.

Now, in his final year before heading off to college, he has been one reason St. Margaret’s has seen success this season.

“Any team, no matter what sport, you need a leader or you are going to crumble at some point,” Minor said. “He brings that leadership, toughness and will to win.”

In the beginning, when Ruff wore flags instead of pads, he lined up as a fullback or a lineman.

After he started to get more athletic and grew in size, he figured out he could throw the ball around a bit more, so his coach lined him up at quarterback.

And the rest was history.

“I just love helping my team out,” said Ruff, who has completed 60 percent of his passes for 1,092 yards. “When the center hands me the ball, it’s my job to get it to my teammates.” 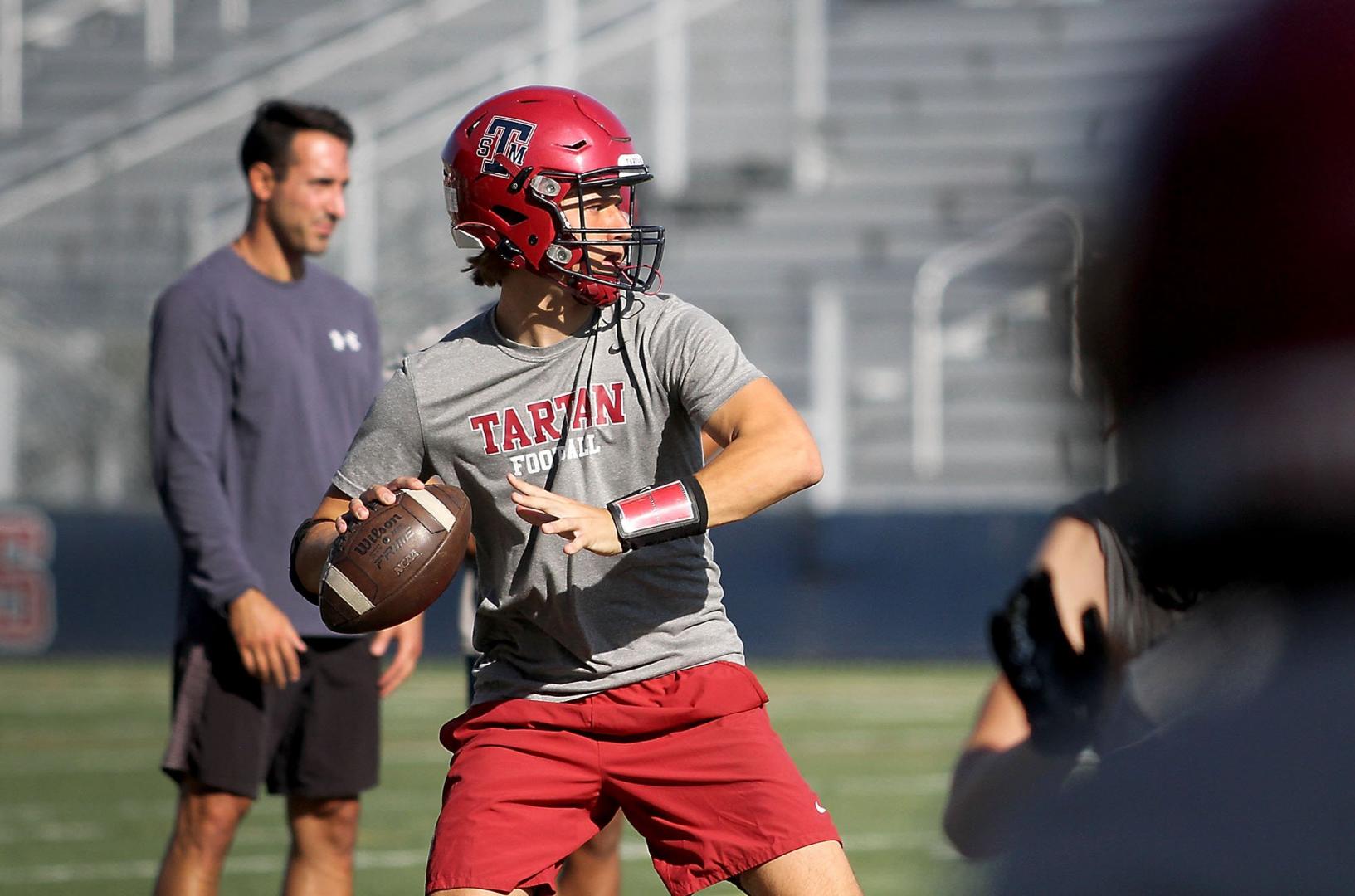 When Ruff first suited up for St. Margaret’s, he didn’t play right away.

As a sophomore, he sat behind senior quarterback Jake Carreon, who threw for more than 1,400 yards, 19 touchdowns and now plays for NCAA Division III Johns Hopkins.

He was all ready to take the reins when the coronavirus pandemic hit. There were no games in the fall and, unlike other teams who received a five-game schedule, St. Margaret’s only played three games.

“It was definitely not ideal,” Ruff said. “It was supposed to be a big developmental year and it would have given me experience.”

Despite some setbacks, it didn’t take long for him to break out this season.

Over the last three games, he has thrown 632 yards and 12 touchdowns and just one interception.

“He throws hard and, with his height, it’s a blessing to have someone that can see the field and scan the field,” Minor said. “He has been so vital for us.”

While his arm has been strong, Minor said this season he has also been working with him to be a vocal leader.

“It’s one thing to be a leader and another to be a vocal leader,” Minor said. “Now he is speaking out more and being a part of the conversation. If something isn’t right, he will say so.”

Ruff knows there will be opportunities to keep playing football.

He has already had an offer from NCAA FCA Georgetown but he said there is still time to focus on that. All he is thinking about is the next snap, whether it be in practice or this Friday night at home against St. Paul Santa Fe Springs.

“He’s a great leader for us and a great young man off the field,” Tartans coach Kory Minor said. “We will go as far as he will take us.”