A South Coast pileup: Three teams crowd the top of the standings and it’s all up for grabs 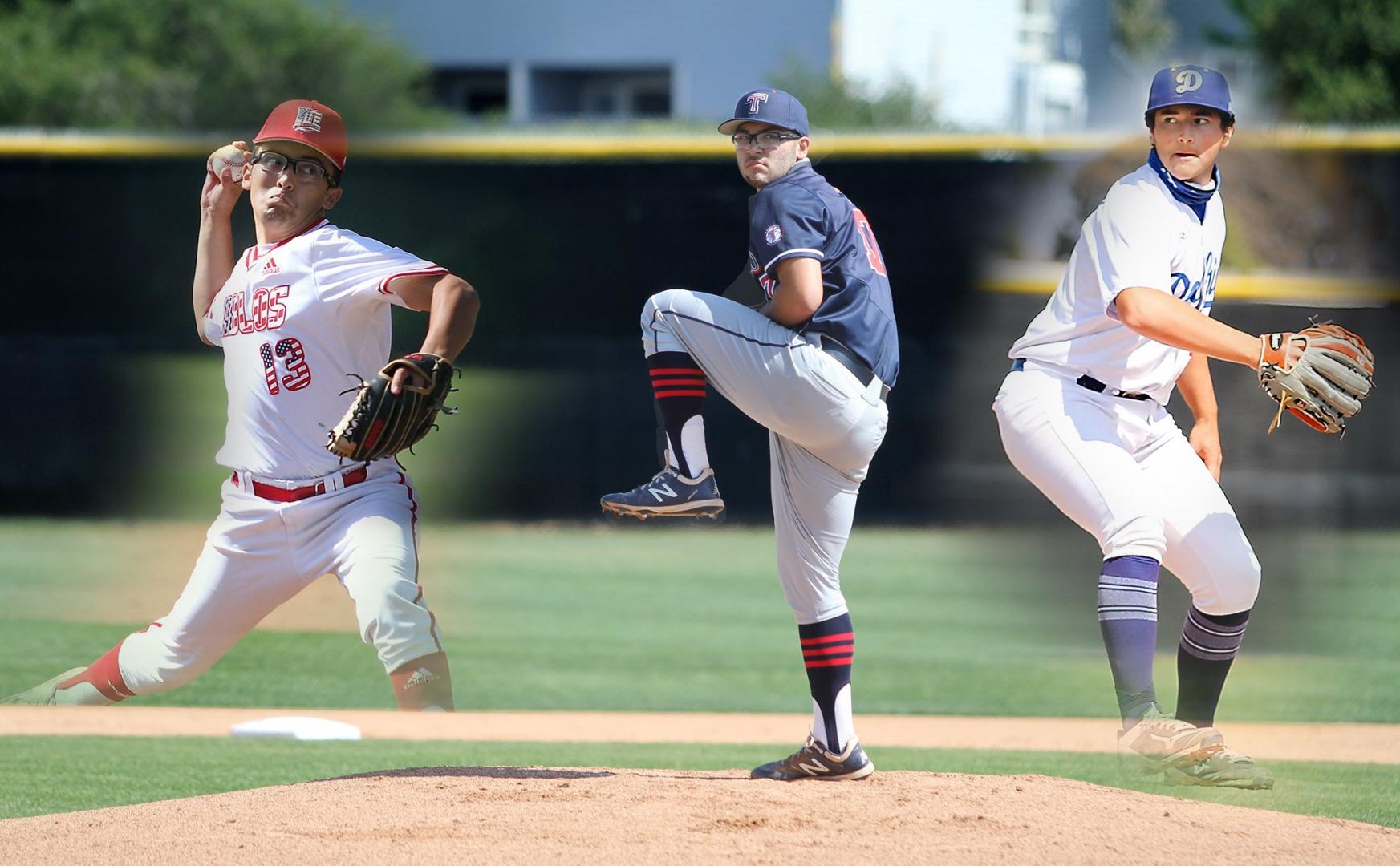 The South Coast League is getting a bit crowded

At least the top of it, anyway.

In the final week of the season, three teams – Dana Hills, Mission Viejo, Tesoro – are all within two games and battling for a league title.

And each has their own path to a league title and a trip to the CIF-Southern Section tournament.

“Nobody ever goes 12-0,” Mission Viejo coach Chris Ashbach said. “There are always tiebreakers. This isn’t different.”

Dana Hills sits alone at the top of the standings with a 6-3 record.

Three straight wins over Mission Viejo would give the team an outright league title, its first since 2014.

“You can’t get too far ahead,” Dolphins pitcher Bo Kelly said. “We all want to hang that banner but, if you don’t take it day by day, it can slip away.”

One loss to the Diablos would still give them the league title because of their tiebreaker with Tesoro.

If Tesoro manages to sweep El Toro, both Dana Hills and Tesoro would be 8-4 in league play. Dana Hills would win the tiebreaker after having won two out of three games in the regular season last week.

If Dana Hills loses two games or gets swept, things may get complicated.

Mission Viejo can win the league title if it sweeps Dana Hills, but it will need some help from El Toro.

Three straight wins would put the Diablos at 8-4 in league and drop the Dolphins to fourth place.

However, since Mission Viejo lost the regular season series with Tesoro, if it wins three straight against El Toro, the Titans would win the tiebreaker and become league champions.

Only a win by El Toro would change that.

“We just have to approach it like any series,”  Ashbach said.

This one is simple.

Another possible end result could be that Dana Hills, Tesoro, Mission Viejo and Capo Valley all finish with a 7-5 record.

Capo Valley finished the regular season already at 7-5. If Mission Viejo were to beat Dana Hills twice and Tesoro were to lose a game to El Toro, the league standings would take El Toro’s games out of the picture.

“It would be the head-to-head league record between the four teams,” Faris said. “Tesoro and Mission would be 5-4 and us and Capo would be 4-5 once you take out the El Toro games.”

“We could drop to fourth and have to apply as an at-large to get into CIF-SS,” Faris said. “Being Division I, there aren’t many spots for that.”

Each team has its own path to reach the CIF-Southern Section tournament. The top three teams get automatic bids, but as many as four teams could get in with the fourth as an at-large.

No matter what happens, each coach is telling their players the same thing.

“We have to go the limit. That’s it.” Dana Hills coach Tom Faris said. “We have said that since our first series with Capo.”