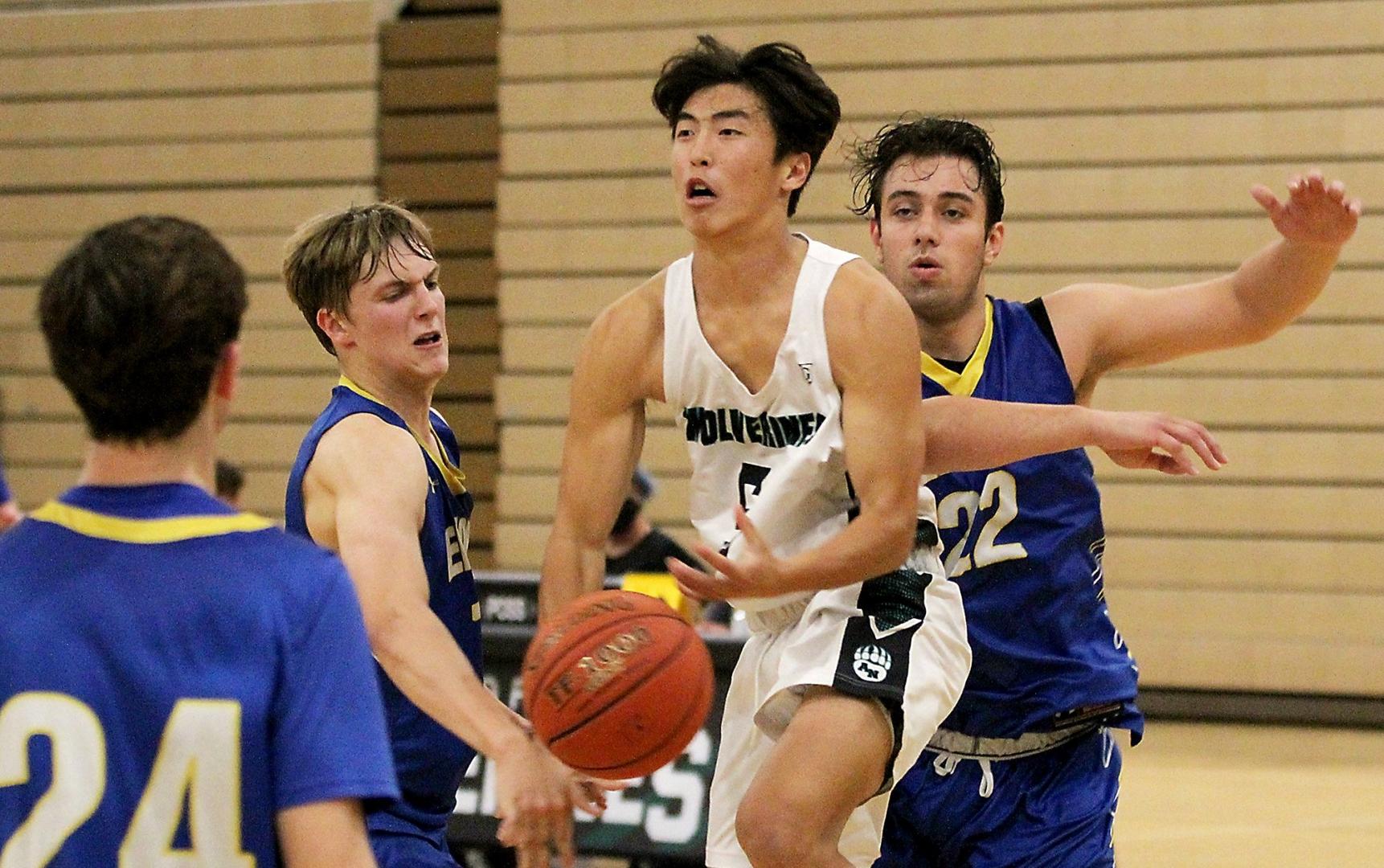 But once its engine was revved up, there was no stopping it.

The Wolverines scored 37 points in the second half as they stayed atop the Sea View League standings with a 51-41 win over El Toro High School.

“The biggest thing was that we decided to compete defensively,” Barnett said. “We have some good leadership on this team and they came out committed to play how we need to.”

Aliso Niguel had no answer for the Chargers to start the game.

The Wolverines started with a quick bucket by 6-foot-6 power forward Tyler Weaver but then watched as El Toro went on a 14-0 run as it commanded the first eight minutes.

Senior forward Sean Jaffee scored a pair of buckets, followed by a 3-pointer by senior Ryan Snyder. Aliso Niguel had no answer.

“We had an awful start, where every phase of the game was really poor,” Barnett said.

The Wolverines tried to find some momentum late in the first quarter and throughout the second quarter when they hit some outside shots but Chargers always seemed to have an answer.

Snyder hit another 3-pointer, and El Toro ran into halftime with a 21-14 lead.

“We missed a lot of offensive rebounds and coach let us know it,” junior Brandon Novida said.

Plenty was said in the Aliso Niguel locker room at halftime, and it provided a spark.

The Wolverines came out with energy in the second half, scoring the first eight points.

Cade Dickey scored his first points on a putback to finally give them a lead. He let out a roar for his team, “Let’s go.”

From there, Aliso Niguel could not be stopped.

Weaver was a presence in the paint with some scores, and the Wolverines finished on a 15-2 run and handed El Toro their once-seven-point deficit.

“We just played harder,” said Weaver, who tied Novida with a game-high 13 points. “There was a lot of communication out there.”

The Chargers got the lead down to as little as four points early in the fourth quarter, but they simply could not match the hot shooting from the start of the game.

Senior guard Francisco Martinez finished with 11 points but the Chargers ended the game with their 10th loss in 11 games.

Aliso Niguel, on the other hand, is looking for a Sea View League title.

The Wolverines are perfect in league but have a rematch with San Juan Hills in San Juan Capistrano on Friday.

With the season winding down, Barnett knows every game is important.

“This puts us in a spot where, if we can get a win against a good San Juan Hills team, then it gives us an opportunity at a league title,” Barnett said. “That’s all we are trying to do.”