Aliso Niguel football gets back to fundamentals as season approaches 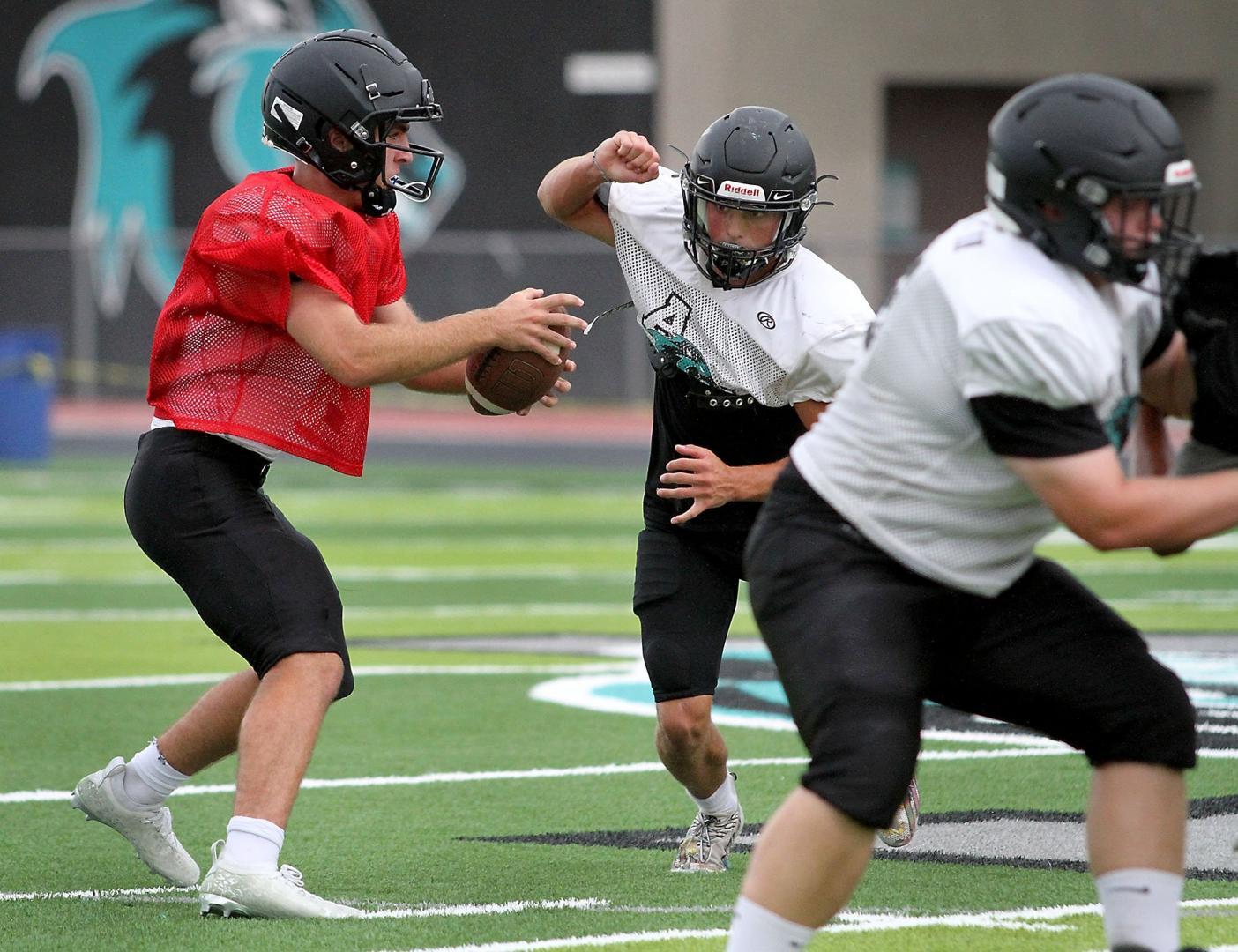 But after spending last spring being rushed into a five-game season with a limited offseason, they became a little more magnified.

This summer the Wolverines have been getting back to the fundamentals after a disappointing 0-5 pandemic spring season.

“We’ve had a pretty successful camp,” Calahan said. “A lot of guys have shown up. Now, guys are just anxious to play against some competition.”

He split time playing both football and baseball but now with the two sports not overlapping he is happy that  he can concentrate on football.

“Playing two sports like that in the same season was super hard,” said Christner who finished last season with 188 total rushing yards and three touchdowns. “I kept having to go back and forth from practice to practice. I was pretty exhausted.”

Christner will be joined on offense by either senior Shaun McCaghren or junior Hunter Najm who will helm the quarterback position.

McCaghren has more experience, throwing for 334 yards and three touchdowns over the spring, but Calahan said the position is still up for grabs.

“They are still battling,” Calahan said. “They both have their ups and downs. Shaun is more mature being a senior but Hunter is such a natural talent.”

On defense the Wolverines strength sits in their linebackers.

Senior Kurt Chesney led the team in total tackles will play one more year on defense before heading to Air Force to be a long snapper and will be joined by a pair of juniors in CJ Besuzzi and Chad De Silva.

“A lot of the guys on our roster have a lot of game experience,” Calahan said.

No football team had a normal spring. Aliso Niguel was not different. Calahan said it felt much like a college spring game and dealt with the challenges as they came up one at a time.

“Looking back I still think it was worth it,” Calahan said. “Yeah we went 0-5 but after the last game seeing those seniors get to have a season was great. As a coach I want to be competitive but in the long run it was great to see.”

Aliso Niguel opens up the season on Aug. 20 at Huntington Beach. Its first home game is two weeks later against Bellflower on its brand new turf.

“I don’t care who we play, we are going to fight until the clock reads zero.”