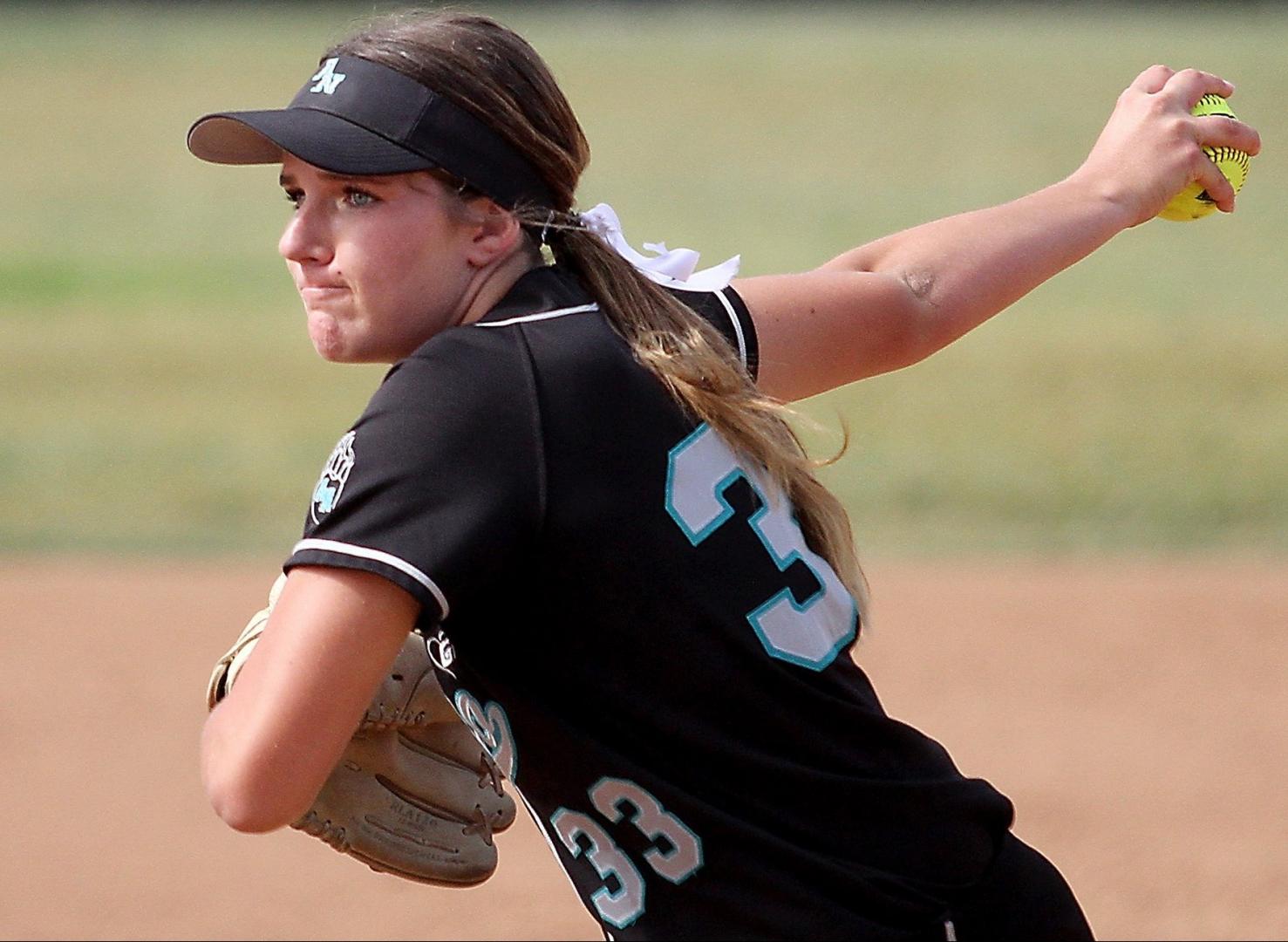 But when the two teams met up again, this time in Dana Point, Aliso Niguel got some retribution.

The Wolverines came back for a 9-2 win and gained some ground in the South Coast League standings.

“This is a team that always finds a way,” Aliso Niguel coach Alan Caouette said.

The Wolverines jumped at the first chance to strike two batters into the game when Taylor Nelson singled home Victoria Griffith.

The lead didn’t last long, however.

The Dolphins’ Piper Tago, who celebrated senior day prior to first pitch, laced a double into center field to score two runs and take the lead.

The top of the order continued where it left off as Griffith singled once again in the third inning and was scored on a triple to the wall by junior first baseman Chloe Lesko. She had a chance at the inside-the-park home run but was gunned down on a throw to home plate.

The Wolverines’ first three batters started the game 4-for-6 just after they tied the game. They finished the game 9-for-14

“We did a lot better,” Caouette said. “The first time we played them, the top of the order went 1-for-9.”

Caouette said he moved Griffith to the leadoff spot at the beginning of the season because of an injury, but she learned to love her new role.

“It’s definitely been an adjustment but I’m glad that I’m there,” Griffith said.

Not only was Aliso Niguel’s hitting on display against the Dolphins, but junior pitcher Alex Caouette found her groove.

After giving up two runs in the first inning, she retired 16 of the next 17 batters, striking out five in the process.

“I just tried to reassure confidence in myself,” Alex Caouette said.

Alex Caouette received some more help from her offense in the fifth inning.

Griffith singled to start the rally and was driven home by Nelson. Lesko singled on a line drive off of Dana Hills pitcher Delaney McRae’s ankle to keep the inning alive.

McRae was taken out of the game and was replaced by outfielder Kaci Palmer and, one batter later, Audrey Altfillisch singled to score two more runs.

“It wasn’t a good game,” Dolphins coach Brandon Cosenza said. “I don’t know what happened. We were playing so well in the first two innings but we couldn’t hit the ball hard on the ground.”

Aliso Niguel added four more runs in the top of the seventh with back-to-back RBI doubles.

Two wins next week against San Juan Hills and Mission Viejo will give the Wolverines the South Coast League title.

“We have been swinging the bats well,” Alan Caouette said. “We just have to take it one inning at a time.”

As for the Dolphins, this was the sixth time they have given up nine runs this season, but Cosenza said they control their own destiny as the postseason approaches. A win against San Juan Hills next Thursday clinches second place in the South Coast League and a sp0t in the CIF-SS playoffs.