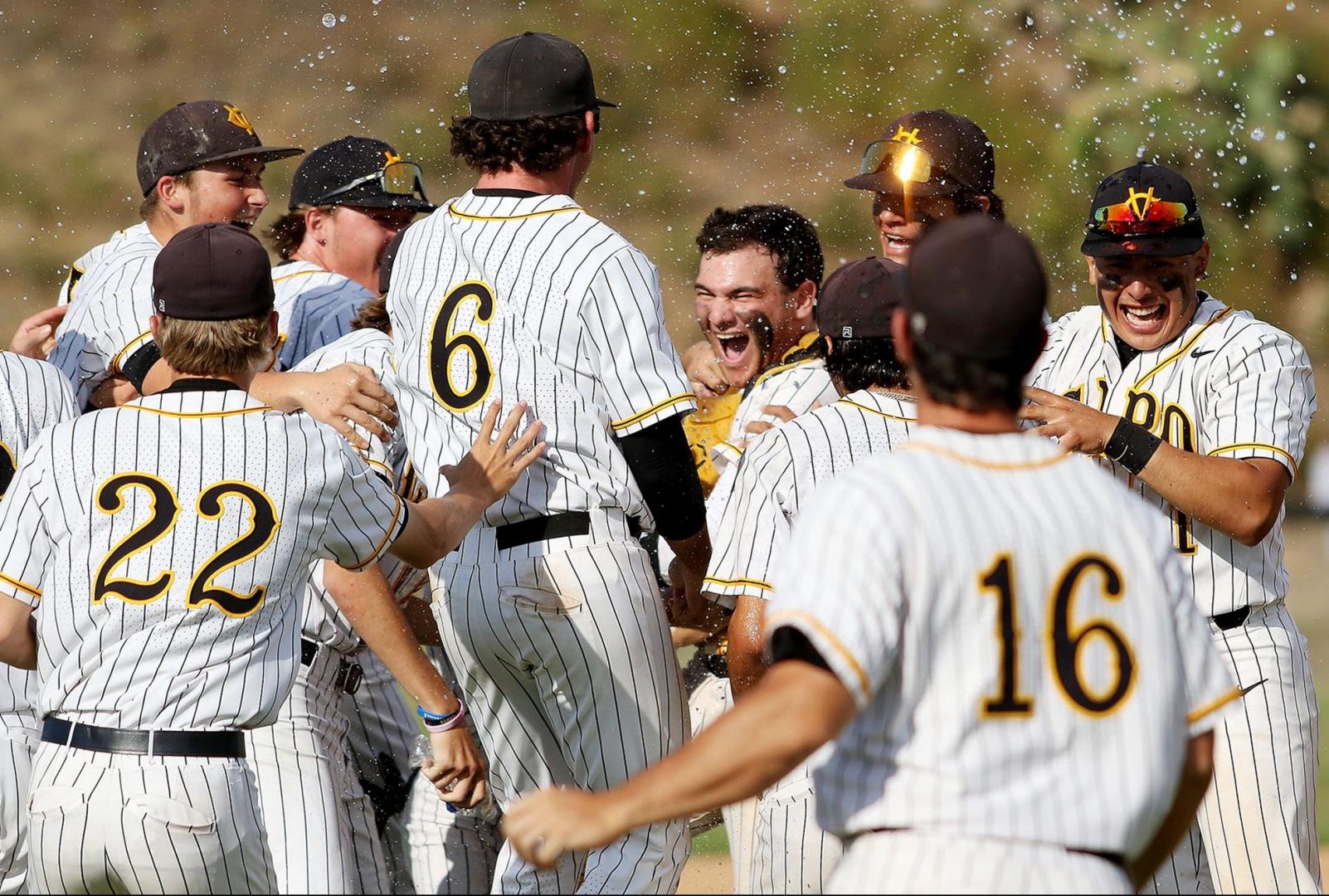 MISSION VIEJO — Capo Valley’s baseball team celebrated a South Coast League championship for the second time in as many years on Tuesday afternoon.

But this time it didn’t have to share it with anyone.

The Cougars came back with a 5-3 win over Mission Viejo at Zamora Field after senior pitcher Jason Sekhon got Thomas Fleming to roll into a double play.

Before too long the dugout emptied and the celebration took place.

“We stepped up when we needed to,” Capo Valley coach Adam Sorgi said. “I’m just really proud of your guys.”

Capo Valley came off last season sharing the league title with Dana Hills and Mission Viejo, but started the season losing eight out of its first 14 games.

Through it all, Sorgi and his team remained confident.

“We have embraced the role of an underdog from our humble start and it has fueled us,” Sorgi said. “Our guys have responded.”

Mission Viejo jumped out to a quick 2-0 lead in the first inning that saw four hits and a pair of RBIs from Ben Castelli and Andreas Nilsen.

Capo Valley responded with three runs in its half of the inning when it took advantage of a throwing error and then saw RBI hits by juniors Michael Walshe and Matt Radogna. Once the Cougars took the lead, they never looked back.

Ragogna and senior shortstop Ruben Lopez added a sacrifice flies in the second and fifth innings and all that was needed was for senior pitcher Jadon Sekhon to settle down.

“Jadon is an athlete and a competitor,” Sorgi said. “He knew he didn’t have his best stuff today but his ability to grind innings out is just so special. That’s what you want out of an ace.”

Sekhon entered the game leading the team in nearly every pitching category.

He had given up just five earned runs all season and finished his complete game working out of jams in the third, fourth, sixth and seventh innings.

“I just knew I had to hit my spots and force some contact since my velocity was down,” said Sekhon, who gave up 10 hits but struck out five.

Mission Viejo had its final chance in the seventh inning when Keenan Anzai hit a leadoff single and got to third but watched the double play squash any chance at a league title. The Diablos would have had to sweep the Cougars for a share at the championship.

“The last few games we have struggled to find our groove, but a good team wins when they don’t necessarily do everything well,” Sorgi said. “Today we executed.”

The two teams will conclude the series Wednesday and Friday where the Diablos can clinch second place if they stay in front or tie Tesoro and Dana Hills. Mission Viejo holds the tiebreaker since it won both regular season series.