‘Battle for the Bell’ means final chance to play for some San Juan Hills, Tesoro seniors 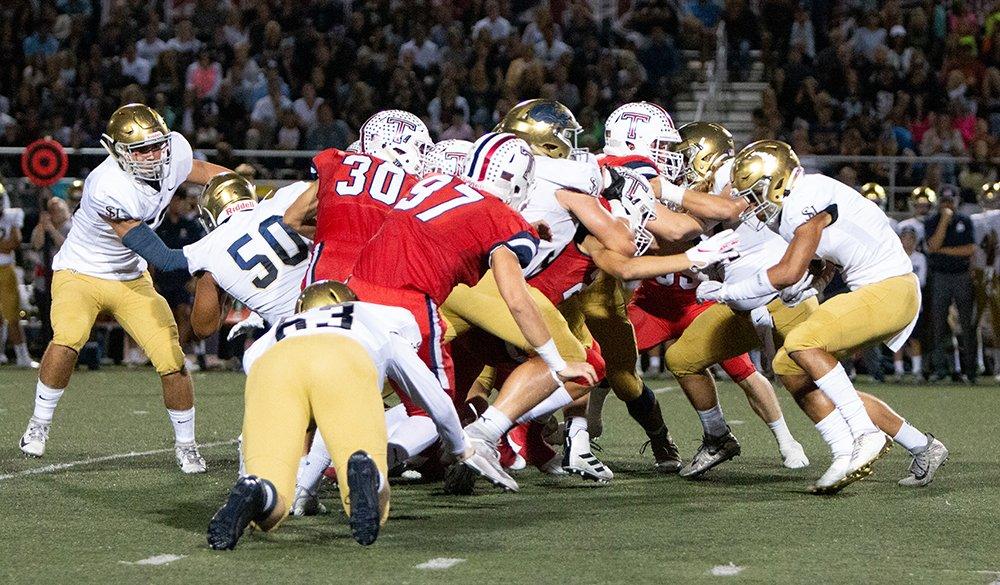 Tesoro and San Juan Hills play each other in the first ever "Battle for the Bell" on Sept. 20, 2019 at Tesoro HIgh School. The rivalry game this year will take place on Friday at San Juan Hills High School. (Courtesy of Tesoro atletics)

High school football players knew this season would be different.

There is no CIF-Southern Section playoffs or championship.

But two schools, nine miles apart, will have a little bit more to play for.

Tesoro and San Juan Hills will meet on Friday in the second annual Battle for the Bell.

And for some players, it will be their last memory playing football.

The Battle for the Bell was introduced last season, when booster parents from both schools purchased a bell to start a rivalry game. 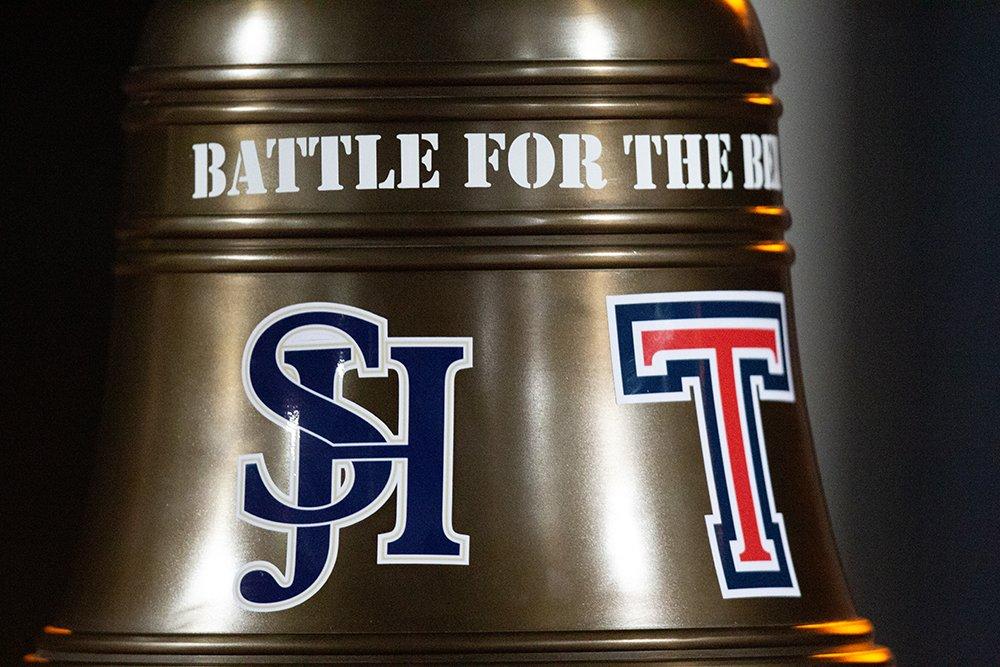 The “Battle for the Bell” was created when booster parents from both teams came together to buy a bell. Tesoro won the first meeting on Sept. 20, 2019 20-3. (Courtesy of Tesoro athletics)

“It’s more than anything about location,” Titans coach Matt Potson said. “Both programs have some players from Ladera Ranch, so the kids know each other.”

Tesoro quarterback Reubin Kim said he grew up with kids that now play for San Juan Hills and he is super excited to play against them.

“It really means something,” Kim said.

And he is not taking any snap for granted.

Kim played the majority of last season at the junior varsity level and, while he won the starting job and has performed well over these last four games, he has already decided he won’t play football in college.

“I think it’ll hit me after the game,” Kim said. 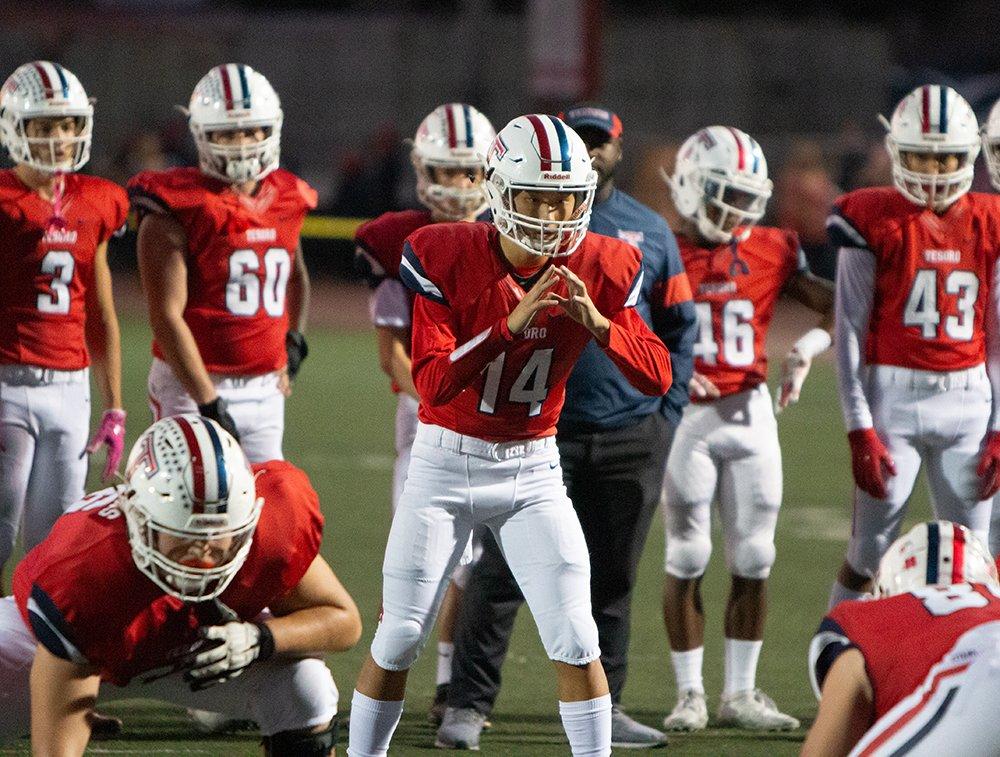 Kim said he will probably be heading to UC Riverside next fall to study biology, but he will never forget the time spent putting on a Titans uniform.

“I love the emotions that come with football,” said Kim, who has thrown for 626 yards with seven touchdowns and just two interceptions. “There is nothing like it.”

Kim celebrated with Tesoro last season, following a 20-3 Battle for the Bell victory, but now, one year later, he has lead the Titans into an almost parallel season to San Juan Hills.

Both teams enter the rivalry game with a 2-2 record and have lost to San Clemente and Mission Viejo.

A win will not only give them the bell and bragging rights, but also a winning record.

“This is the most important game of the year for us,” Stallions coach Rob Frith said. 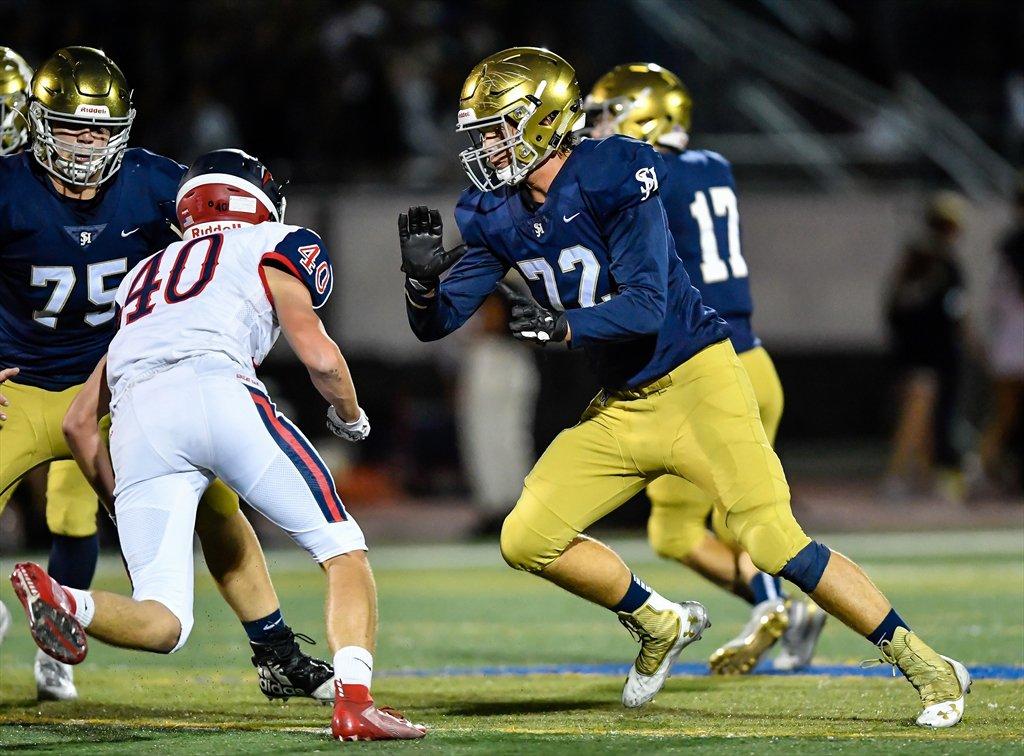 Despite his success, he decided that Friday will be his last football game.

“There’s a lot of built up emotions, but I want to leave everything out on the field. That’s all I can do,” Newkirk said.

Newkirk said his freshman season was his first year playing tackle football. Now, he wants to focus on being a student.

“Football was just fun for me,” said Newkirk, who will be attending Saddleback College. “I grew up watching it, and now I just love being a part of this brotherhood. This team will always give me lifelong memories.”

Newkirk, Kim and others will run out on the field on Friday one last time in pads.

Others might go on to play college football, but, for them, football was just an enjoyable game.

But that doesn’t mean they want their careers to end without a win.

Ringing the bell would be the perfect way to finish their story.

“I definitely take pride in that bell,” Kim said. “I want it to stay here.”