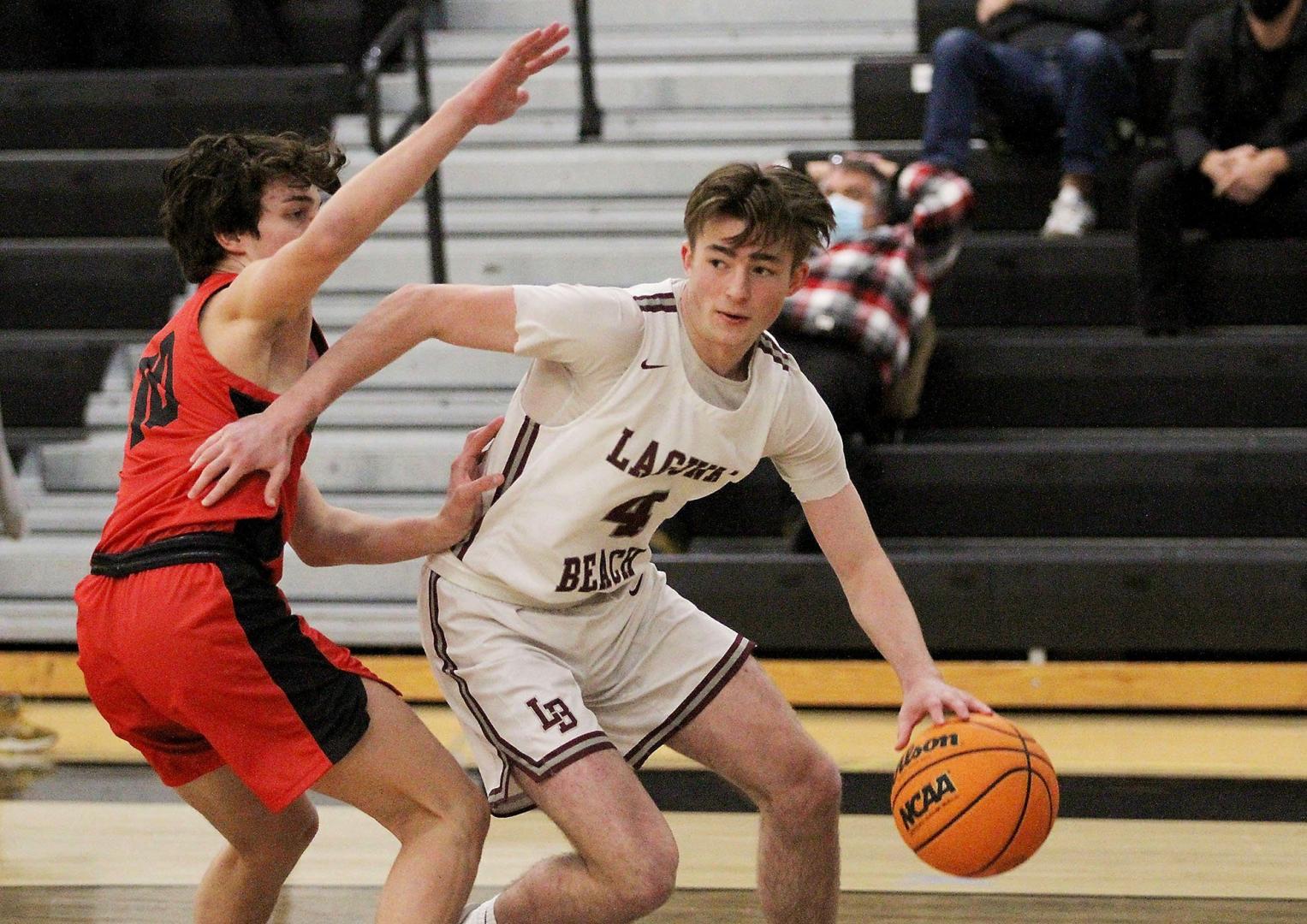 TUSTIN — The Laguna Beach boys basketball team has been on a rollercoaster for much of this season.

It has seen tournament wins against teams such as Crenshaw, Redondo Union and Portola only to lose to local teams Aliso Niguel, San Juan Hills and Dana Hills.

“We talk about it a lot,” coach Bret Fleming said. “We need to play better and have less mistakes.”

But the Breakers have had a strong start to the Tustin Holiday Classic.

Especially after defeating Mission Viejo, 49-40 for a trip to the semifinals.

“I think the kids just got a little more focused in the fourth quarter,” Fleming said. “We did a better job taking care of the basketball.”

Laguna Beach started quickly and jumped out to an early lead after Kanoa Panganiban and Kai Gillies each hit 3-pointers.

The Breakers held an 18-10 lead after the first quarter and kept its momentum with scores by senior forward Jackson Sirianni.

After Laguna Beach saw success inside last season from Nolan Naess who averaged 20.8 points per game before graduating and heading to West Point, Sirianni has been a suitable replacement averaging 16.8 points per game.

While the Breakers held the momentum, Mission Viejo ended the half scoring twice to take a slim 25-20 deficit into the locker room.

By the time the Diablos got back on the court for the second half, they found their offense.

All Isiah Tolmaire needed to do was score on a drive for Mission Viejo to take its lead.

Despite a strong third quarter, the Diablos were unable again to finish the game.

Golshani watched as Tolmaire exchanged 3-pointers with Gillies late in the fourth quarter but Gillies scored again and Mission Viejo stumbled with turnovers in the final minute.

Gillies finished the game with 16 points.

“I really hope (Kai) finds a place to play next year whether it be Division II, Division III or junior college,” Gilshani said. “A shooter like that is hard to find.”

Mission Viejo was led by Smail and Tolmaire each scoring 13 points a piece while Dagarin finished with nine points.

Laguna Beach will now face Chaparral (Temecula) in the semifinals. This season the Pumas are 10-2 and have lost both of their games by less than 10 points,

“I think this was our best win this season,” Giillies said. “I’m pretty happy about it.”