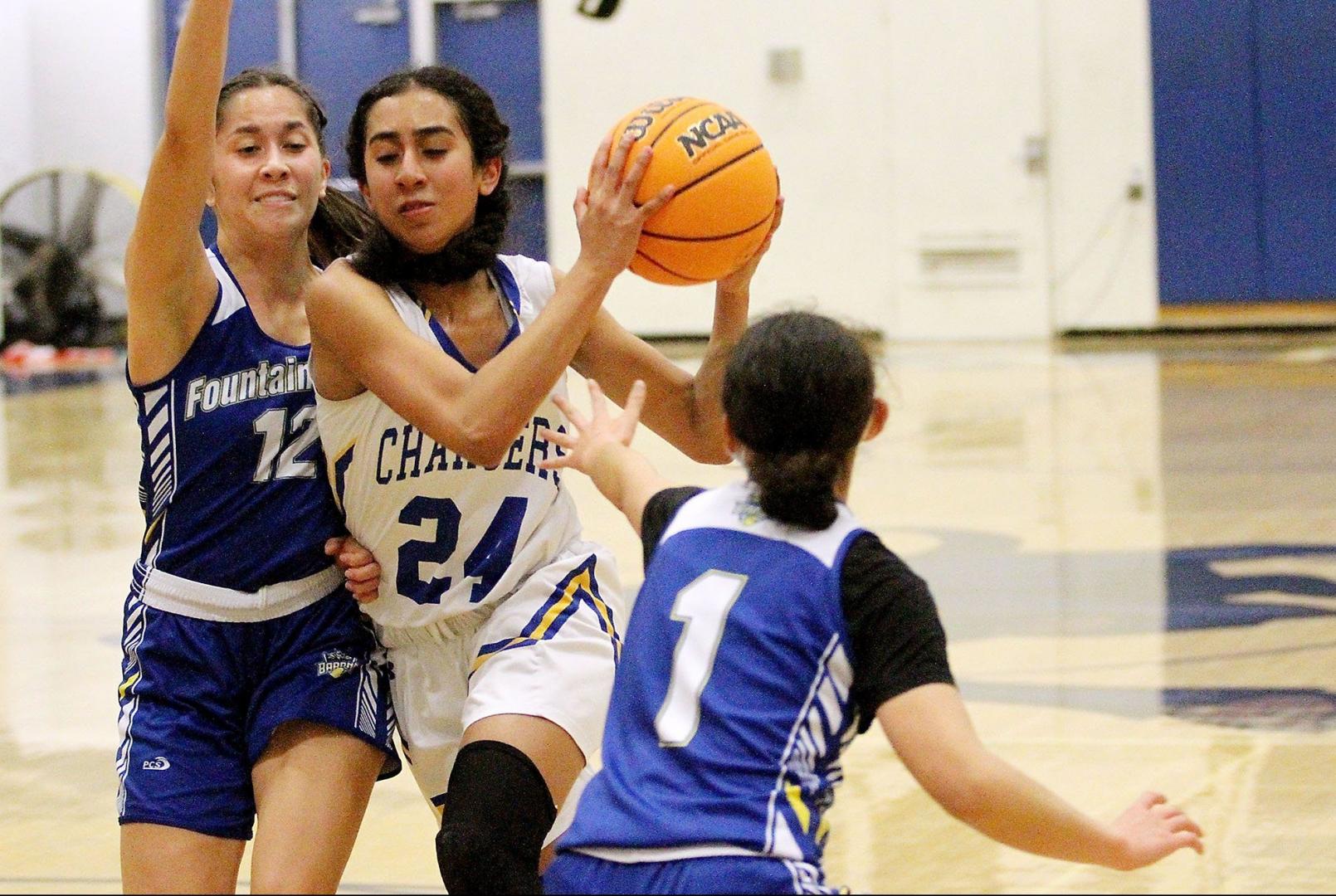 The Chargers held onto a lead with three minutes left in the third quarter but watched as the Barons put together a 14-0 run that ultimately turned the tides.

Fountain Valley walked out of Don Walker Memorial Gym with a 62-50 win.

“All we can do is keep learning,” Nunez said. “We are young, but we are in every single game.”

Fountain Valley looked as if it was going to take control early as it jumped out to a 9-0 lead but the Chargers put together a run on their own.

Freshmen point guard Andrea Rico converted a three-point play and it wasn’t long before freshman Bridget Boyd hit a 3-pointer from the corner, capping off a 12-0 run.

Nunez hasn’t started his young players out of necessity this season. He said he has confidence to let them play.

“We are young but these freshmen are absorbing so much experience,” Nunez said.

Fountain Valley regained the lead just before the quarter ended, but El Toro’s freshmen class kept it hanging around.

Rico started to take the game over in the second quarter by scoring nine straight points to take a 25-23 lead.

Her versatility was on display as she hit a layup in the lane, knocked down a 3-pointer and converted her second three-point play, putting her at the foul line.

She finished the game with a team-high 22 points, but El Toro trailed 26-25 at halftime.

“I just played my game,” Rico said. “I knew what I could do and I took advantage of it.”

In the second half the Chargers found a new weapon from Boyd’s outside shooting.

She hit two consecutive 3-pointers as El Toro held its biggest advantage with a 35-30 lead.

“She can hit the open shot,” Nunez said of Boyd. “She’s a special player.”

Boyd hit a season’s best four 3-pointers and finished the night with 14 points, but after she hit her fourth 3-pointer, Fountain Valley put together a 14-0 run to end the quarter.

And the Barons did not look back.

El Toro tried to cut into the deficit, but every time it scored, Fountain Valley would have an answer.

Margaret Tengan made an off-balanced layup, Audrey Chow hit a 3-pointer and the clock turned into the Chargers’ worst enemy.

“We were rushing a lot of things,” Rico said. “That’s really how they took control of the game.”

El Toro wraps up its non-league schedule with a home game on Saturday against Villa Park and a road game against Los Alamitos before driving down to San Diego for the So Cal Holiday Prep Classic.

“We just have to play hard,” Nunez said. “We can’t let this game bring us down. We have to learn from it and know that we are getting better.”