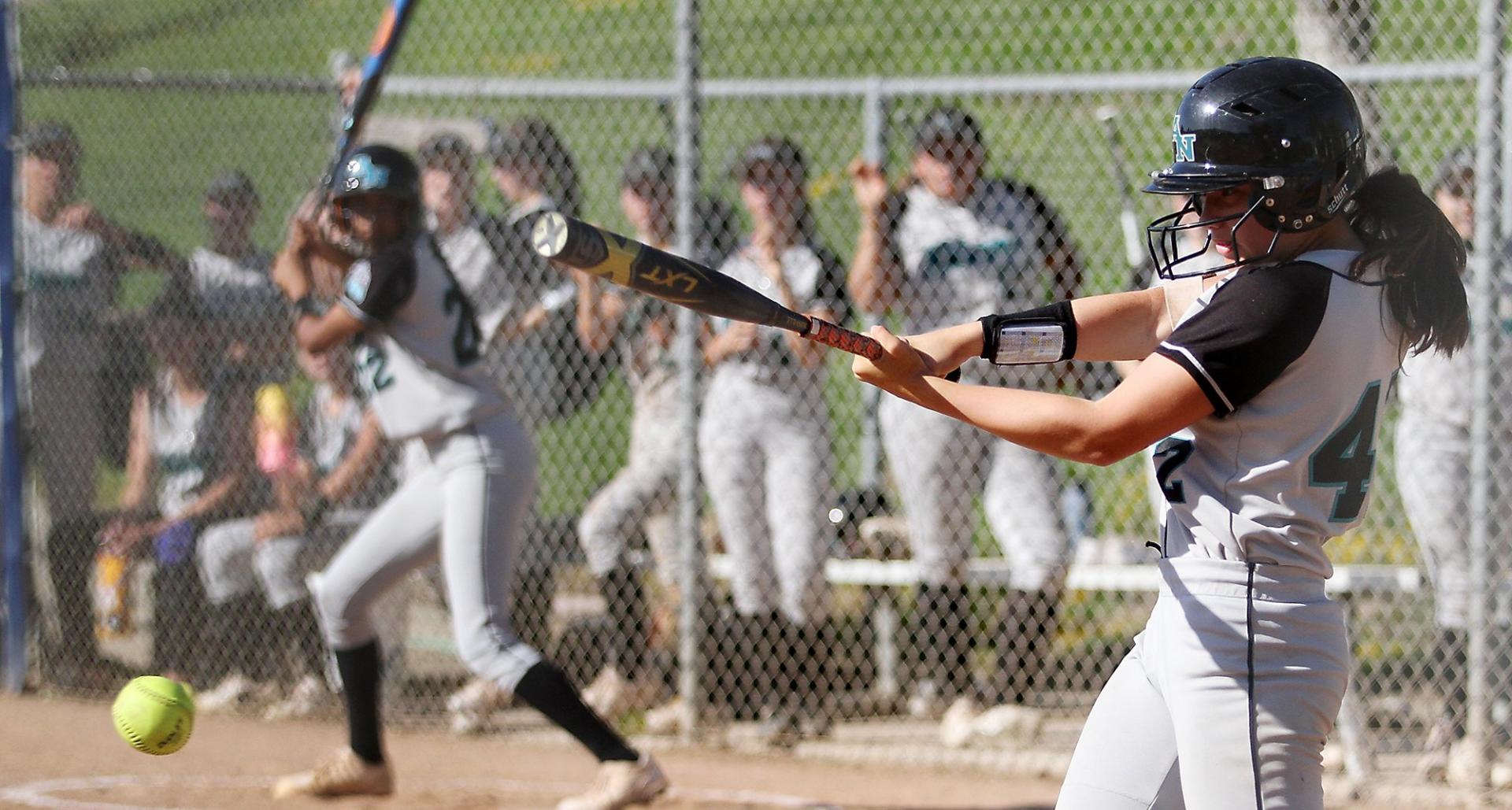 Aliso Niguel sophomore Brooke Cooperrider hits a bases clearing triple in the fifth inning of a high school softball game against San Juan Hills on Monday, May 24, 2021. Aliso Niguel won the game 5-3 and has a chance to win the league title on Thursday against Mission Viejo. (Ryan Kuhn, SOCoPrepSports.com)

In the fifth inning of Monday’s game against San Juan Hills, she laced a base-clearing triple to left field.

The Wolverines won the game 5-3 to set up a faux-championship game on Thursday against Mission Viejo.

“This was a really, really big win,” Cooperrider said. “There was so much energy. It just sparked something in us.”

But the spark didn’t show up right away.

It was San Juan Hills who took the lead in the bottom of the third inning, when sophomore outfielder Regan Legg singled home Leah Carey and, two batters later, Kaitlyn Perrucci hit a 2-RBI single to right field.

The Wolverines also hit the ball to start the game, they just couldn’t cross the plate.

They finished the first three innings with five runners on base, four of which were in spring position.

“You always want to score runs, obviously, but the outs they made were good, hard-hit balls,” Aliso Niguel coach Alan Caouette said. “I can’t be mad at that. We just had to keep it at and put hits in play.”

Despite the slow start, the Wolverines remained focused and confident.

Aliso Niguel sophomore Chloe Lesko is not only a prominent hitter in the lineup, but also takes pride in her ability to keep her team’s energy high both on and off the field.

“We knew this was a one-and done situation,” Lesko said. “We had to have this win, no matter what.”

Aliso Niguel was handed its opportunity in the fifth inning when pitcher Payton Leonard loaded the bases with three straight walks before the next batter, Gianna Ganje singled past the third baseman.

Cooperrider came up and, on a full court, changed the game with one swing.

“I usually like to get deeper into the count so I can read the pitcher better, and I saw my pitch that was high and outside, so I went with it,” Cooperrider said.

While Cooperrider has been swinging a hot bat as of late, Caouette said her offense has improved since her move up from JV to varsity.

“I feel like I go into a different zone when I step onto the field,” Cooperrider said. “Like, when I hit that triple, all I thought about was hitting that ball.”

Aliso Niguel added an insurance run in the sixth inning when Lesko doubled to center field.

She finished the game batting 3-for-4 and also stole a base.

The Wolverines now focus their sights on Mission Viejo.

A win will give them a share of the league championship and some vengeance for a 6-2 loss just two weeks ago.

“I know my team’s ability and I know we didn’t play well when we first played them,” Lesko said. “We want to show what we can do as league champions.”