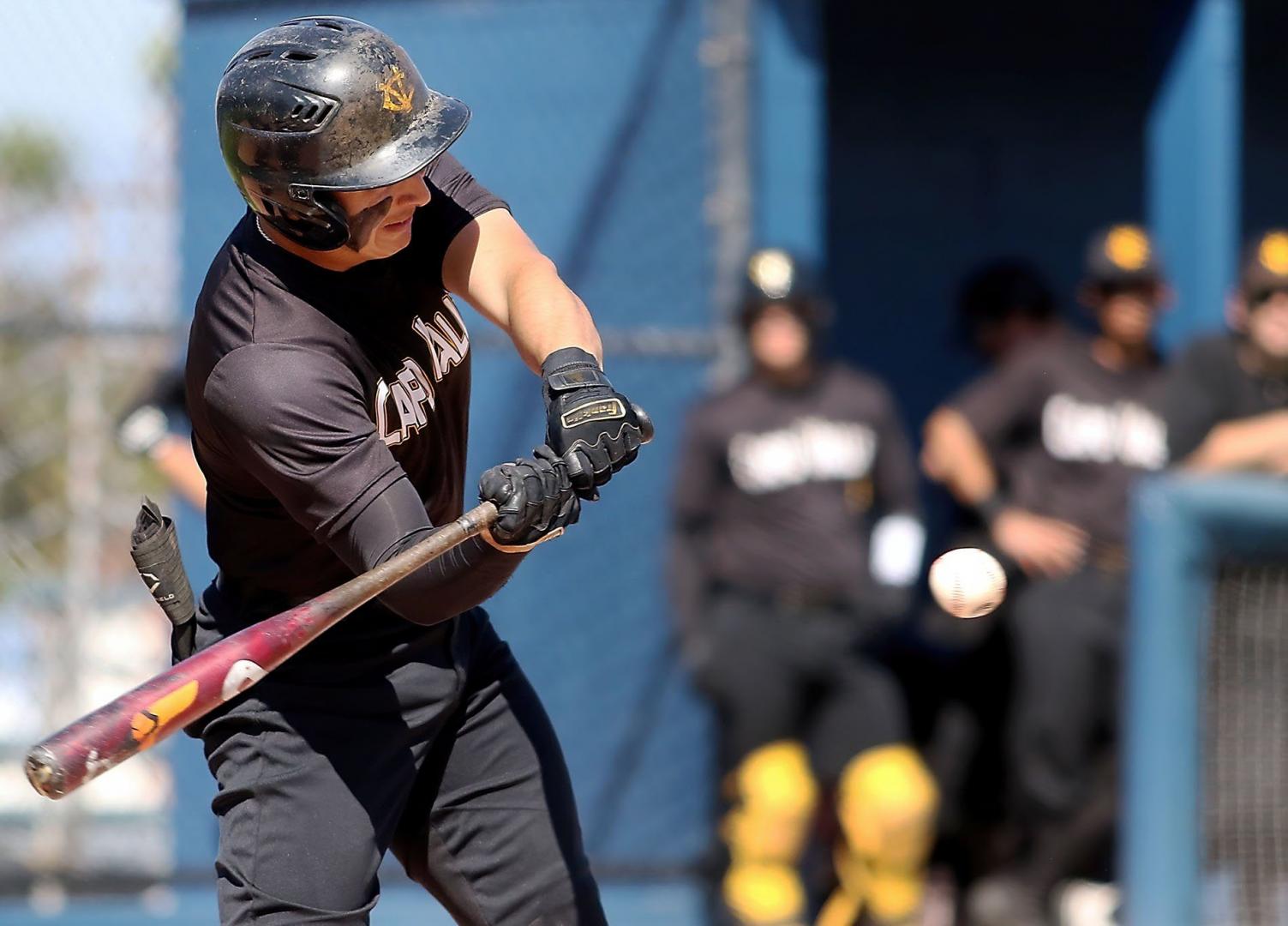 DANA POINT — Capo Valley’s baseball team might have not had the best start to its season.

At one point they had just five wins in its first 14 games.

But that doesn’t mean the players and coaches didn’t learn from it.

“We have been battle tested,” Cougars coach Adam Sorgi said. “We played a lot of close games and we weren’t on the the winning end, but it allowed our guys to build some confidence.”

That proved to be true on a blustery day on Tuesday afternoon at Dana Hills High School.

Capo Valley hit three home runs and won its sixth game in a row as they took down the Dolphins 11-7 to stay undefeated in South Coast League play.

“I liked the wind today,” Sorgi said jokingly as the gusts of wind reached as high as 18 miles per hour.

Luckily for the Cougars, the wind was blowing out to left center field.

One inning later Ruben Lopez hit a home run and Capo Valley was ahead 2-0.

“It felt good,” Lopez said of his home run. “It’s finally clicking for me.

Lopez hasn’t been a power hitter this season.

He hit his first home run just last week against El Toro. He hit his third when he cleared the bases loaded with a grand slam in the fourth inning.

“I was just trying to keep the same approach as my first home run,” said Lopez, who finished 2-for-3 with the two home runs and 5 RBIs. “I got a pitch to drive, got on top of it and something good happened.

The Cougars plated five runs and held a 7-0 lead but they knew they couldn’t get too comfortable. There was still plenty of game left.

Dana Hills responded in the bottom of the fifth inning when they sent 11 batters to the plate.

Outfielder Ryan Edwards singled home the first run followed by Sebastian Moore and Jack Moulin coming away with singles to put the game within reach.

Finally, Dana Hills tied it up when junior Luke Flinn doubled in the gap and all of a sudden the score was tied. It was a brand new ball game, but the Dolphins momentum ended after the inning.

Capo Valley came back and took the lead on a bases loaded walk and then sophomore Michael Alva doubled to score three runs and take back control.

Alva is just a sophomore but leads the team in hits and has a .356 batting line.

“He’s our young pup and just steps up to the occasion,” Sorgi said. “He works so hard every single day, he keeps his head down and I”m just so proud of him.”

Being the only lower classman on the team, he knows there’s pressure and was nervous at first but eventually he settled in.

“Things got so much better once I got comfortable with the team,” Alva said. “A game like this can really boost my confidence.”

The Cougars sit atop he South Coast League standings but know they still have plenty of season left.

They still have Dana Hills for two more games and series’ with Tesoro and Mission Viejo.

“This was big for our guys,” Sorgi said. “Now hopefully this can carry over.”

Capo Valley and Dana Hills will meet for the second game on Wednesday afternoon in Mission Viejo.