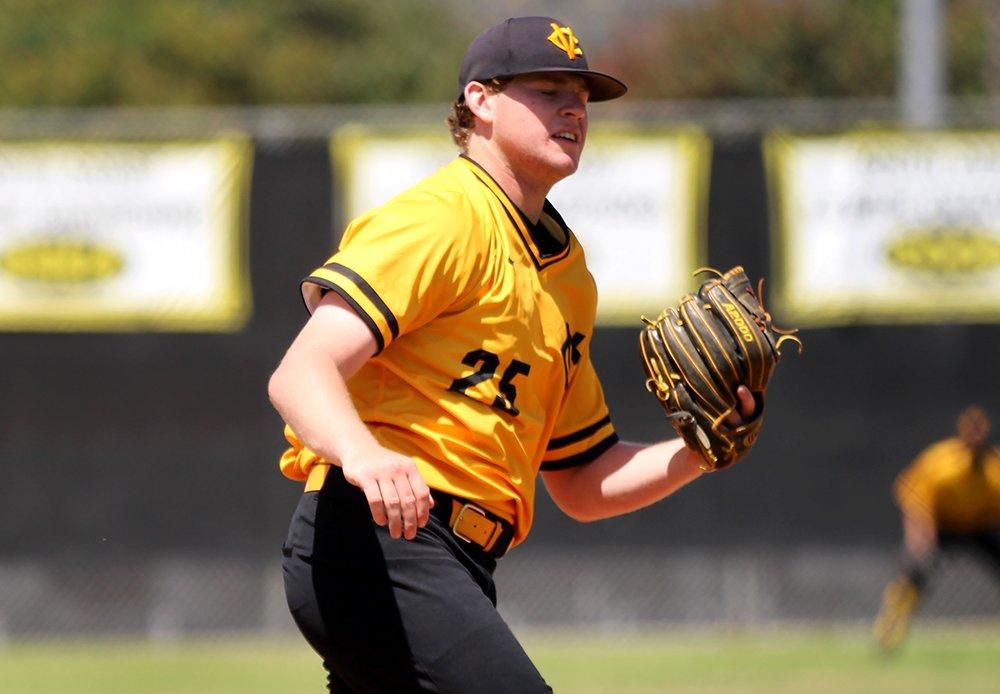 But he hasn’t experienced anything like what happened on Saturday.

The Cougars exited the fourth inning holding a 9-2 lead against Palm Desert, only to end up losing 14-11.

“Anything can happen,” McGwire said. “This is a team we could have beaten, but a lot of mental errors hurt us.”

McGwire didn’t waste any time getting Capo Valley’s offense on the board as he launched a towering home run to left field.

“I’ve been feeling really good going into these past few games,” said McGwire, who finished 1-for-3. “I saw a hanger out of his hands so I hammered it.”

The Cougars offense continued into the second inning as shortstop Ruben Lopez drove hit an RBI single, followed by hits from Matt Dobson and Matthew Deusch.

The Cougars took advantage of an error by Aztecs third baseman Jordan Ruiz that led to four more runs, including RBIs by Deusch and designated hitter Michael Vido.

When Palm Desert came up to bat in the fifth inning, however, the momentum quickly changed.

Lopez committed an error to load the bases and, soon after, Ruiz hit a grand slam to center field. Later in the inning, Deusch threw the ball away to let the Aztecs score from third and cut their deficit down to 9-6.

Junior pitcher Brady Disbro, who started the game and pitched 4.1 innings, said seeing errors behind him gets difficult.

“It’s a hit in the face sometimes, but I know we are going to bounce back next week,” Disbro said.

The Cougars committed five errors in the game. Coach Adam Sorgi said they made too many mistakes to win.

“No lead is safe when you can’t play catch,” Sorgi said.

Despite Capo Valley’s fielding struggles, the offense responded after Lopez singled to right field to take a 10-9 lead.

Senior Davis Grew came into attempt the save but was relieved after allowing JT Houston to double and Ruiz hit his second home run, this time to right field.

“I wasn’t too upset with our pitching,” Sorgi said. “We need to work a little more ahead in the count but we didn’t help them out in the field.”

Capo Valley attempted a comeback in the bottom of the seventh inning when Jackson Wear hit a sacrifice fly, but Jaden Sekon grounded out to end the game.

“Credit to Palm Desert, as well,” Sorgi said. “Once they got the momentum, they secured that and did a great job selecting pitches to hit.”

The Cougars continue their season on Monday when they host Foothill.