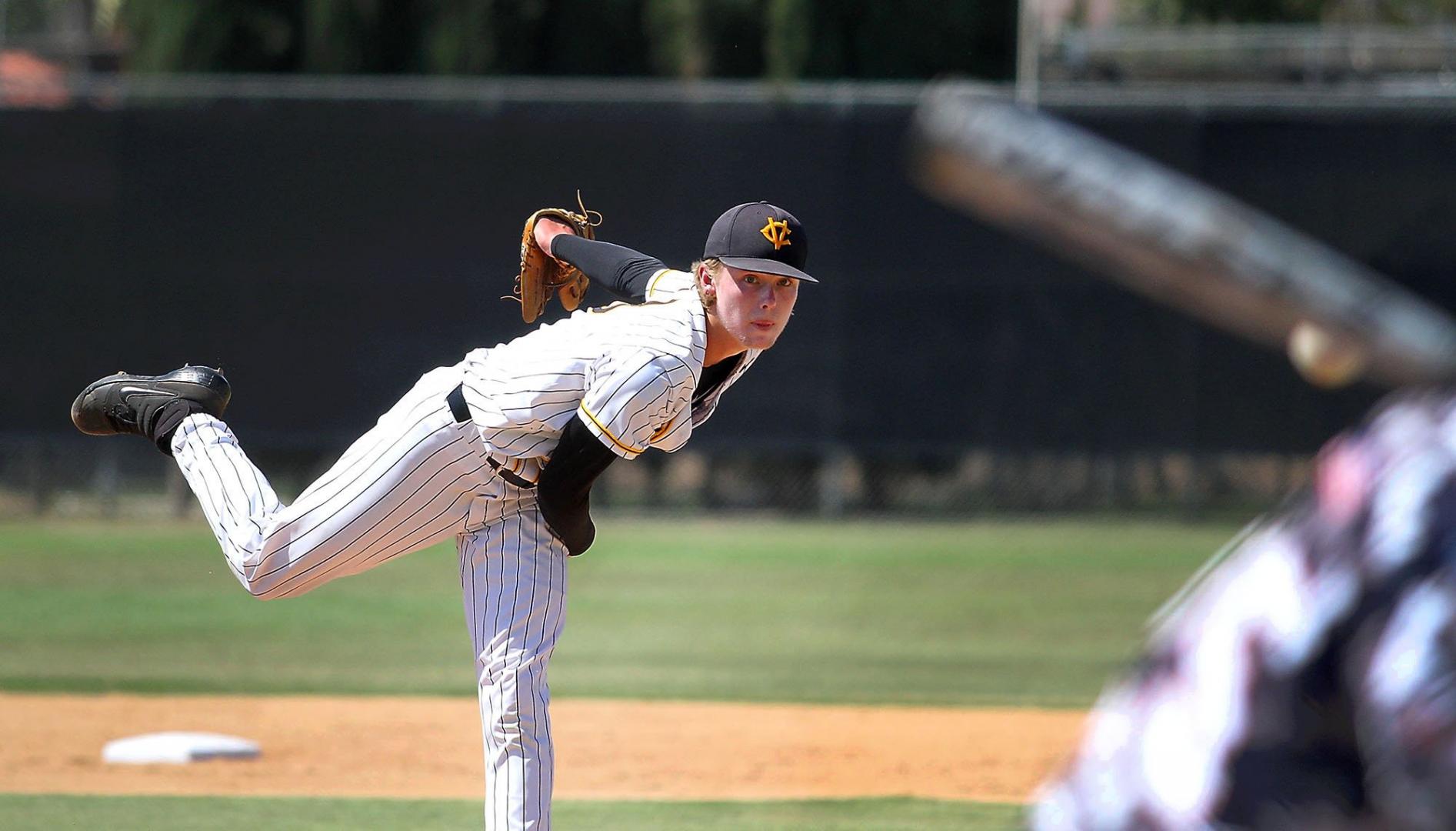 The result was a 8-3 win over Chaminade during a first-round game on Friday afternoon.

“They rose to the opportunity because they have been waiting for this moment,” Cougars coach Adam Sorgi said. “I think there is an expectation when you play for this program that you are going to go to playoffs. Regardless how the South Coast League played out for us the feeling was we were going to play so they kept locked in.”

Capo Valley’s bats startted to heat up in the third inning when Max McGwire stepped up to the plate.

He started the inning off with a solo home run to center field and a few singles later, Jackson Wear came up and hit another home run.

By the end of the inning, the Cougars held a 6-0 lead.

Max wasn’t the only McGwire making an impact.

Junior Mason McGwire took the hill to start the game and pitched three shut out innings. He gave up two hits , walked a batter and stuck out five.

“That was the plan all along,” Sorgi said of Mason McGwire pitching just three innings. “It’s one of those formulas that has worked for us all year.

Mason McGwire was relieved by Masen McDonnell in the fourth inning but he struggled to get outs.

Chaminade scored three runs after a double by L Farrell and McDonnell was replaced after just five batters by junior Brady Disbro.

He gave up just one hit and retired eight out of the final nine batters in order.

Capo Valley got some insurance runs in the sixth inning when Max McGwire and Kevin James scored Alex Salas and Matt Dobson on sacrifice flies.

“We got some really good energy today and I think we have some momentum now heading into our next game,” Max McGwire said.

The Lions come in as the top seed in the playoffs with 24 wins.

Capo Valley hasn’t played JSerra since 2013 but came away with an extra inning win.

“We are excited about this opportunity,” Sorgi said. “If it was anybody we wanted to play it would be them. We are going to have to play really well to compete with them.”