Mason McGwire and Brady Disbro will lead the Cougars’ rotation 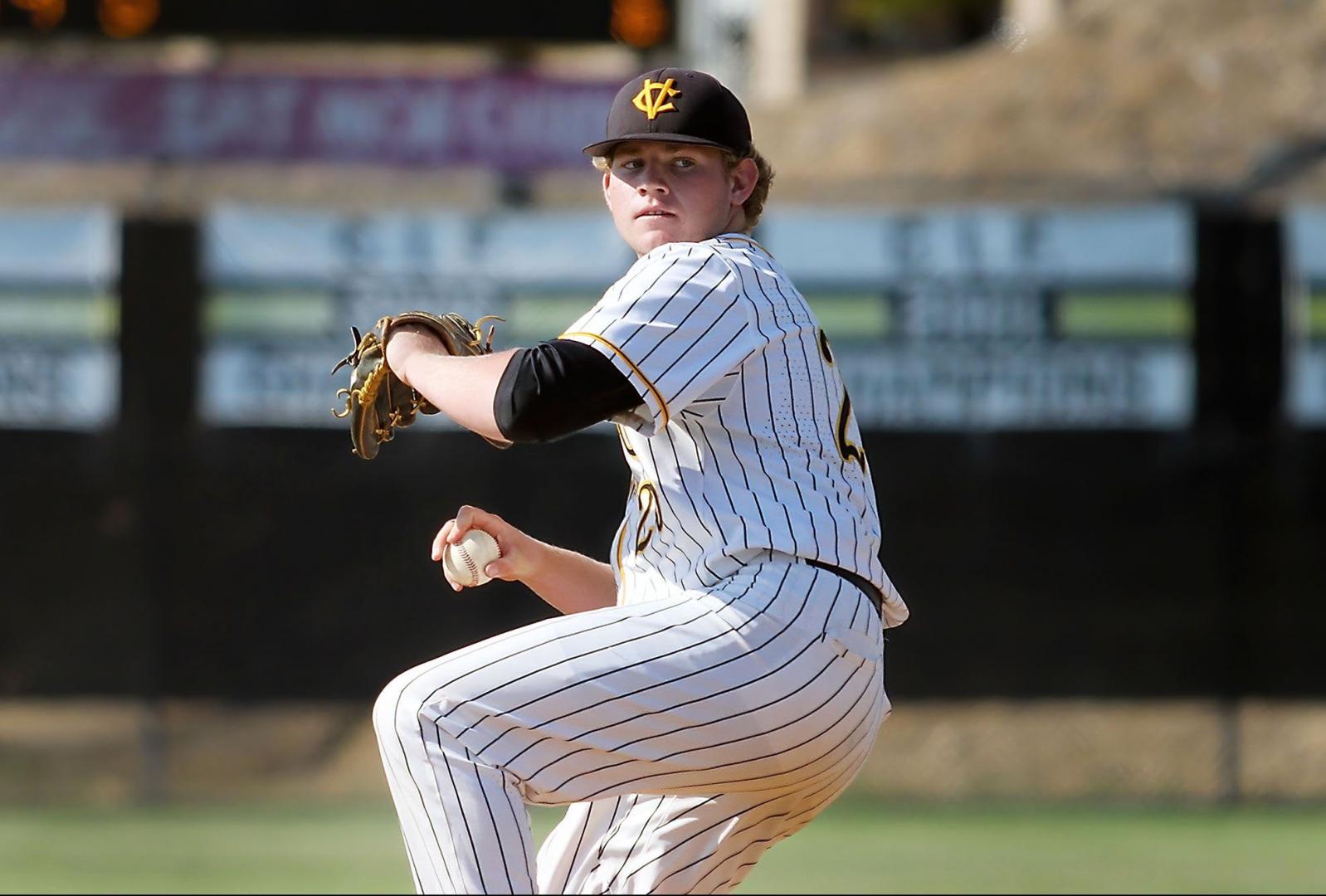 Capo Valley pitcher Brady Disbro throws a pitch during a CIF-Southern Section high school playoff game against Chaminade on June 3, 2021. Disbro is just one of the pitchers the Cougars will feature this upcoming season. (Ryan Kuhn, SOCoPrepSports.com)

The trio made up of all-South Coast League selections Matt Dobson, Kevin James and Max McGwire definitely turned some heads.

But coach Adam Sorgi said the team will enter the upcoming season with a new identity.

All three have now graduated. McGwire is now playing for the University of Oklahoma, James is at Saddleback College and Dobson is in Arizona at Grand Canyon.

“The identity is going to have to be pitching along with playing some good defense and I think we have the ability to do it,” Sorgi said.

The Cougars will feature two aces in seniors Mason McGwire and Brady Disbro along with junior Owen Geiss and Jaden Sekhon rounding out the rotation.

“It’s exciting,” Sorgi said. “Our pitching staff has worked really hard to get where they are at.”

With Mason McGwire and Disbro at the top of the rotation, Sorgi said both bring similar velocity but the two pitchers manage the game differently.

“Brady is more of an attack first pitcher while Mason is more of a technician,” Sorgi said. “They are a great one-two punch combination.” 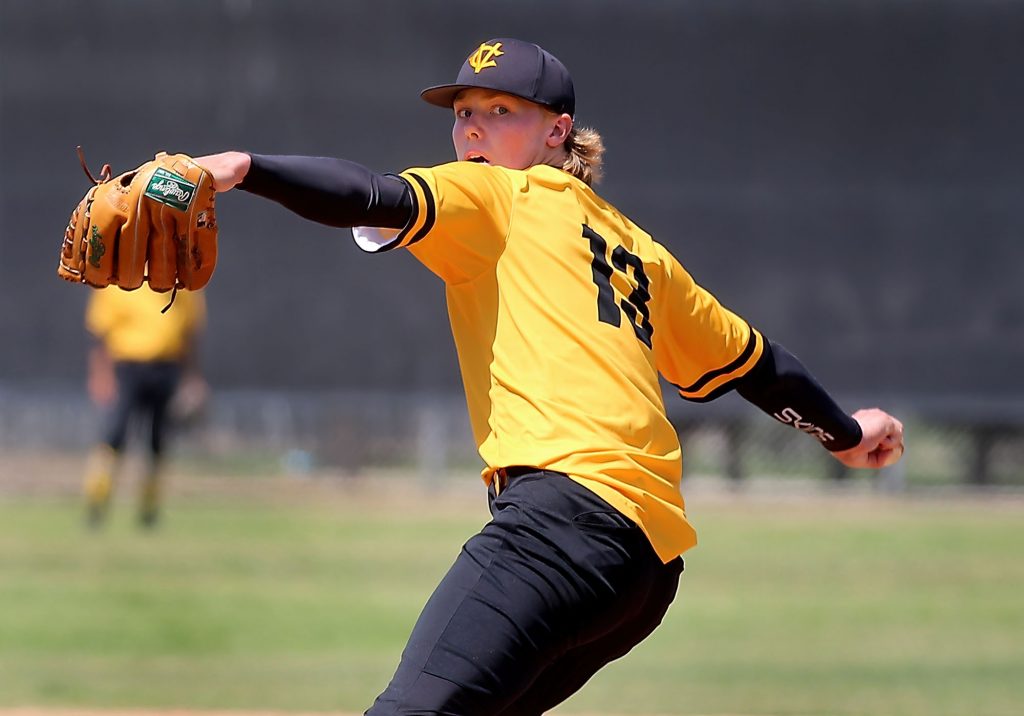 Capo Valley pitcher Mason McGwire throws a pitch during a high school playoff game against Palm Desert on April 10 2021. McGwire is just one of the pitchers the Cougars will feature this upcoming season. (Ryan Kuhn, SOCoPrepSports.com)

Both pitchers threw plenty of innings last year and now they just want to build on last season’s success. Capo Valley defeated Chaminade in the first round of the CIF-Southern Section Division I playoffs before losing to top-seeded JSerra a few days later.

“We know there might be some more pressure on us because we don’t have the offense like we had last year but we have to keep the same mindset of attacking hitters and keeping ourselves in the ball game,” said Disbro, who signed to pitch at Ole Miss next season.

The Cougars offense will look a different than last year but Sorgi said a lot of guys will be competing for playing time.

Ruben Lopez and Jackson Wear will return at shortstop and center field while Matt Deutsch will continue to be behind the plate.

Sorgi said there will be players to fill in the corners with anyone able to step up on a different day.

“I think any time you lose big bats in the middle of your order it’s a step back but this will provide a different challenge for our players.” Sorgi said. “This is an unique lineup where we have a lot of pieces. I have left-handed bats off the bench, I got some speed, I got some contact hitters and I have some guys that can steal bases. We just have to piece it together.”

Capo Valley will spend its first three games on the road starting with a trip to Ayala on Saturday but will return Monday, Feb. 21 when it hosts Corona.

“This team has chemistry,” Mason McGwire said. “We are really close and I think we will do well. I want to win a CIF title.”