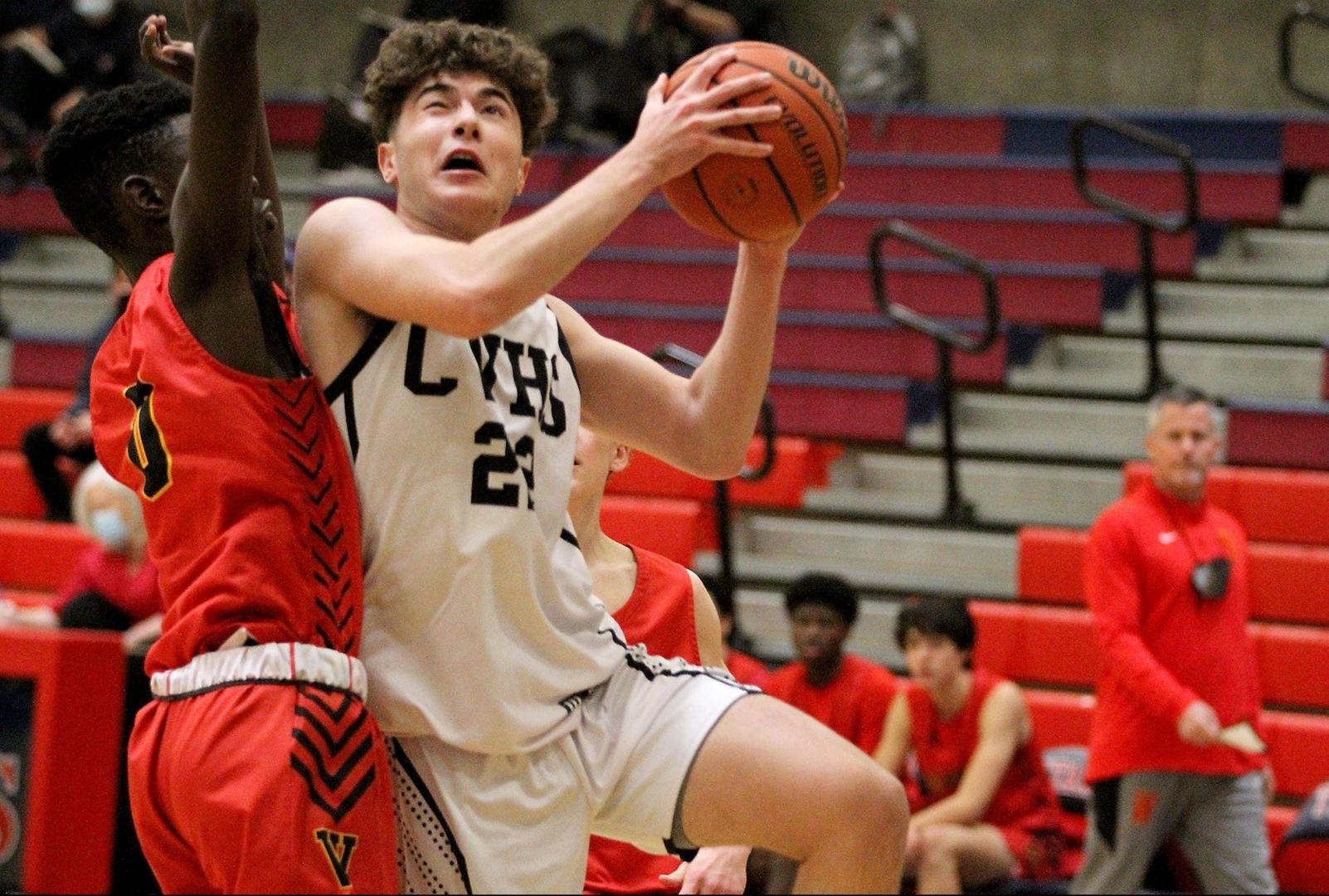 Key contributors such as Langston Redfield is now playing for UC Irvine.

“We aren’t as polished, not as refined but they are starting to become a better team,” coach Brian Mulligan said.

That showed on Tuesday as Capo Valley defeated Woodbridge 62-54 at the North/South Challenge at Tesoro High School.

The Warriors jumped out to a 10-2 lead early after a pair of 3-pointers by JC Schindler.

But after a quick timeout the Cougars went on their run.

Senior Gavin Thompson scored a few buckets followed by five straight points by junior transfer Efe Gucoglu and Capo Valley was right back in it.

“Coach always tells to me to catch and shoot,” said Gucoglu. “Now I just have to get more aggressive on defense

Gucoglu played his freshman season at Corona Del Mar but took last season off to fly back to his home country of Turkey because of the pandemic.

By the second quarter he scored 15 consecutive points and would finish with a game-high 30 points. tThe Cougars ended the half with a 30-26 advantage.

“He can make baskets, can’t he?” Mulligan said. “Efe is one of our guys that can create a few shots for himself and when he gets going he is a difficult guy to guard. He could have gone to a Trinity (League) school, so we are grateful he and his family chose us.”

The Warriors not only featured some outside shooters but 6-foot-8 senior center Nygle Williams towered over everyone.

But the Cougars held him to just 13 points.

“I thought we did well against him,” Mulligan said. “We did what we needed to do to limit him.”

Whether it was Thompson, Gucoglu or even senior Miles Lang scoring, Woodbridge countered with clutch 3-point shots from Ethan Fu and Stephan Lamp.

By the fourth quarter however, the Cougars started to pull away.

Thompson showed his range with a 3-pointer at the top of the key and Lang finished by scoring nine of the team’s final 10 points to close the game out.

When you have to focus on Efe a whole bunch it creates some stuff for some other people,” Mulligan said.

While Capo Valley has won four games in a row, this season has been much of a roller coaster as after losing its first six games to start the season.

“We are a work in progress even and still will be when January comes around,” Mulligan said.

Mulligan said he’s had teams who have had slow starts in the past such as the 2018-19 season who didn’t create momentum until after the Christmas break.

“We have done it before,” Mulligan said. “It’s difficult.”

Capo Valley continues its season Dec. 27 when it faces Arlington (Riverside) at the Indio Holiday Tournament.