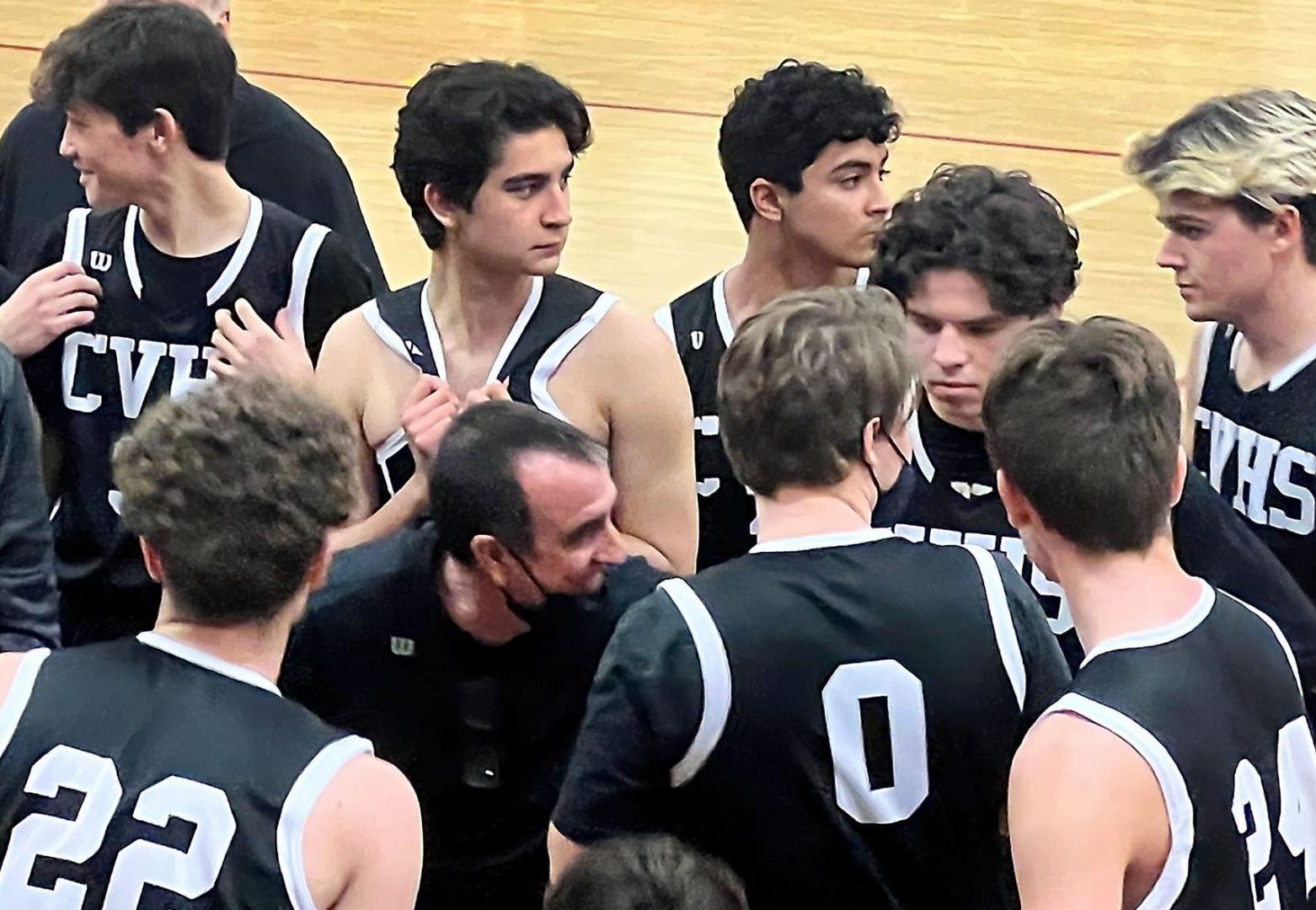 MISSION VIEJO — With a bid for the CIF-Southern Section playoffs on the line, Capo Valley’s boys basketball team needed to break their two-game losing streak, and get back in the win column.

The Cougars, playing with a purpose, stole a road game against the Mission Viejo Diablos 67-56 on Tuesday night.

“Wins are hard to come by in this league,” Capo Valley head coach Brian Mulligan said. “We’re really happy. We shot the ball really well, and that helps too.”

“Really well” might be an understatement, as the Cougars started the game as if they were shot out of a cannon, scoring five 3-pointers in the first quarter. The barrage of triples put Capo Valley up 23-17 in the first frame, but it was the interior defense that really separated the Cougars from the Diablos in the first half.

Capo Valley started the second quarter with a 10-0 run, as the Diablos failed to score until just 30 seconds left in the half. At that point, the Cougars’ lead was already 41-20.

Junior guard Jackson Gray was the Capo Valley leading scorer at half, with 12 points. He finished the game with 22 points, a game-high.

“It felt great knocking down some threes,” Gray said. “My teammates always found me.”

In light of Gray’s performance, Mulligan spoke on what the third-year player means to the Cougars’ team chemistry.

“He’s becoming a presence in the locker room, they’re really starting to respect what he can do,” Mulligan said. “[Gray] has really turned his game into a little bit more than just ‘shoot-or-die.’”

Doubling Mission Viejo’s score heading into the second half, the Cougars went into cruise control, but it cost them a comfortable lead over the Diablos.

Mission Viejo cut the Capo Valley lead to 12 by the end of the third quarter, courtesy of red-hot shooting from outside the arc. Diablos junior guard Isaiah Tolmaire was the volume shooter for his team, and ended the game with 15 points, right at his average of 15.7 points per game.

“We withstood their charge in the second half,” Mulligan said. “We got a little weird, but we do that periodically, there’s nothing easy.”

Mission Viejo senior forward Connor Dagarin was also a key contributor in the Diablos’ counter-attack, scoring 11 points off the bench.

The Capo Valley lead was cut to as close as six, but some desperation fouls and turnovers solidified a Cougars’ win.

Having improved to a 3-4 league record, Capo Valley is now tied for third place in the South Coast League with Trabuco Hills. Since the top two teams in a four-school league receive a CIF Playoff bid, the Cougars now control their own fate in Thursday night’s regular season finale against second-place San Clemente.

Trabuco Hills is set to play last-place Mission Viejo on Thursday, and Mulligan said hypothetically, if both Capo Valley and Trabuco Hills share the same outcome on Thursday night, they will play in a tie-breaker for playoffs.

The only complication to this lies with San Clemente, who would then have the same record as the Cougars and Mustangs— a three-way tie in the South Coast League.

“It’s the most bizarre scenario that I went through about 20 years ago,” Mulligan said.

Mulligan explained that the most likely scenario in the event of a three-way tie would be two separate games, with some variation of Capo Valley, Trabuco Hills, and San Clemente battling it out. Any type of seeding or advantage is unclear, since all three teams would have split the season series with each other.

Regardless of the playoff noise, Gray believes his team thrives when the season is at stake.

“It helps our team, knowing that we have to step up and get a big win,” Gray said. “Our next game is even bigger, so we just gotta keep moving forward.”