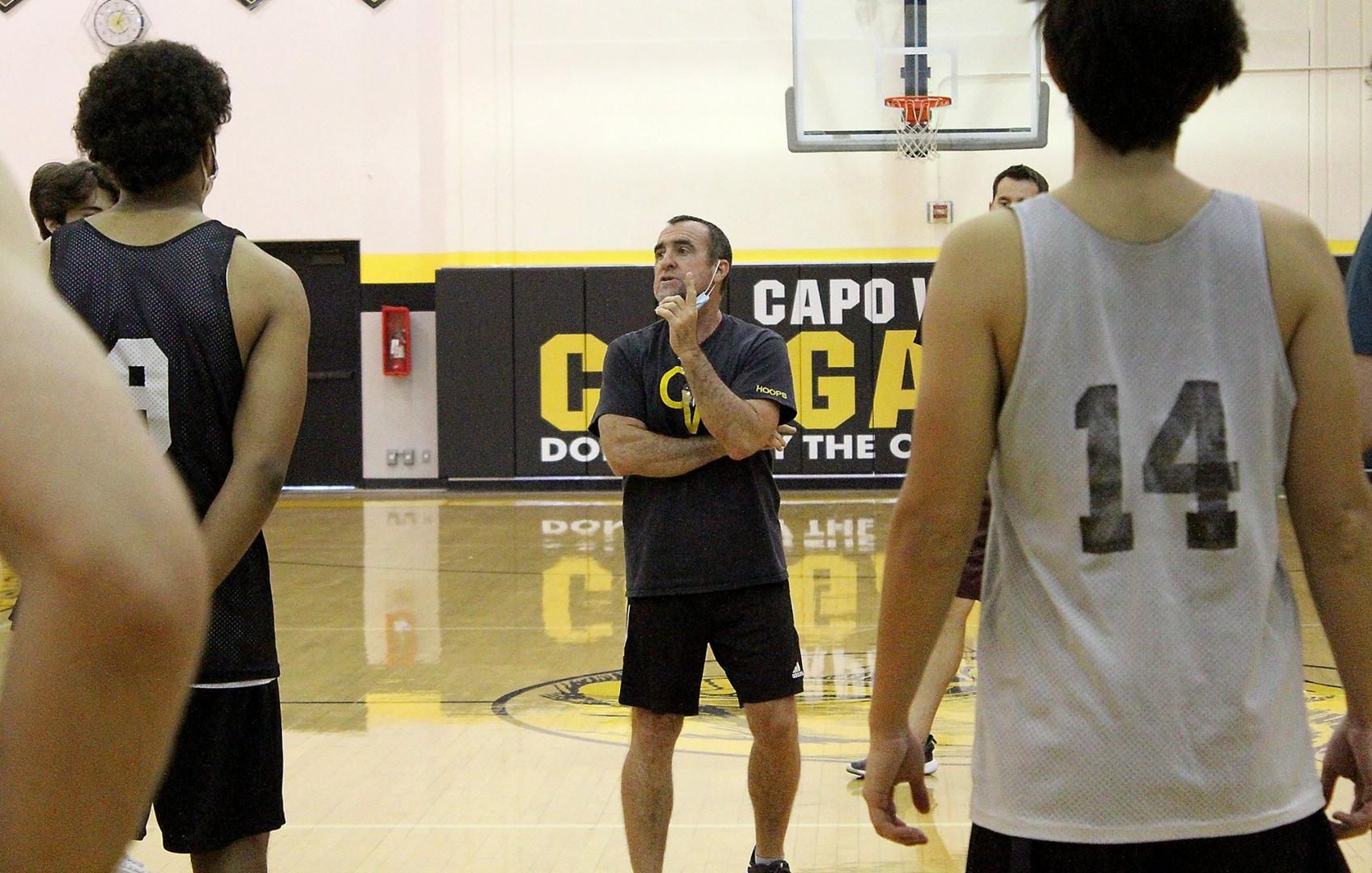 Capo Valley boys basketball coach Brian Mulligan talks to his team the day before the Cougars play their CIF-Southern Section Division I second round game against Rancho Christian on Friday. This is the first year Capo Valley is playing in the tournament as a member of Division I. (Ryan Kuhn, SOCoPrepSports.com)

Two years ago, Santa Margarita won it all by defeating Chino Hills.

“You are in with the big boys,” Capo Valley coach Brian Mulligan said, talking to his team.

But he likes where the Cougars sit.

Capo Valley was awarded the No. 4 seed and a bye in the first round in its first year in Division I.

The tournament starts on on Friday at home against Rancho Christian.

“These guys have stepped up to every challenge this year,” Mulligan said.

And this game will be no different.

Rancho Christian is coming off an emotional win on Wednesday after guard Jaden Byers went the length of the court to score the game winning layup over Great Oak. He signed his letter of intent to play basketball at the University of Pacific.

“It’s going to be a harder road than in previous years (because we are in Division I),” Capo Valley senior guard Langston Redfield said. “When people look at us they might think we don’t have a chance but that’s why we have been playing with a chip on our shoulder.”

“We are out there playing for respect that we should be out with those big teams,” Redfield said. “Even though we might look like it we are one of the best of them.”

The CIF-SS Divisions are based off recent success and a formula of the strength of schedule the previous season.

It seems right that we should be in a lower division with teams in the area but success has put us in a difficult position,” Mulligan said. “If you play good teams you get screwed.

“My guys deserve to play really good teams. I’m not going to tank for next yea by scheduling poor teams every night. I want them to have a season where they can challenge themselves.”

There is plenty of good competition on the horizon.

But he has confidence in his team.

If Capo Valley wins, it will play the winner of Santa Clarita Christian and JSerra.

“We have to play very well tomorrow and then we have to play three perfect games to win this thing,” Mulligan said. “If anyone can do it, these knuckleheads can.”