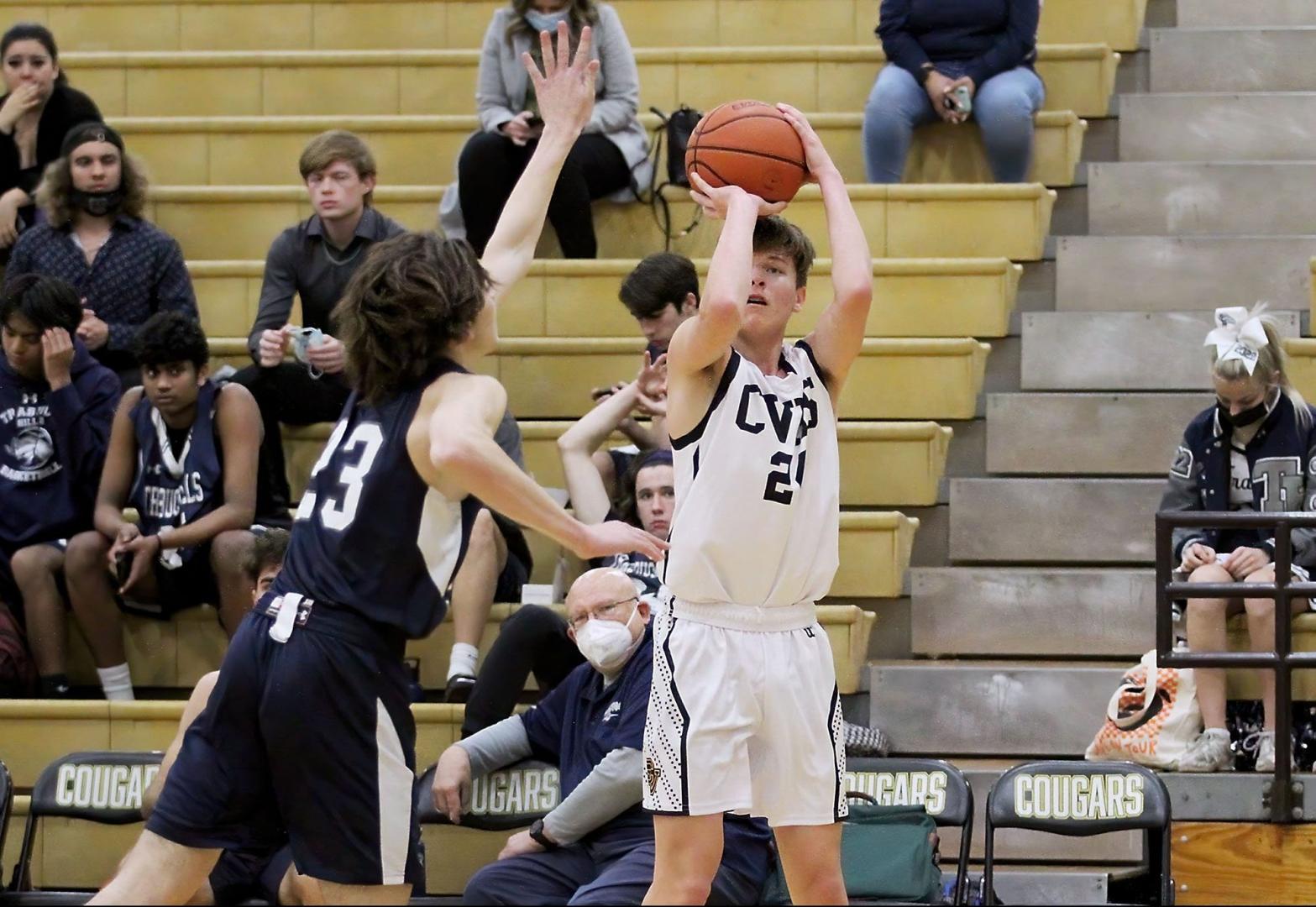 “It was a constant learning situation,” Cougars coach Brian Mulligan said. “I really wasn’t versed in what Trabuco Hills does.”

But after listening to the coaching staff and making adjustments, Capo Valley left their home gym with a 56-37 win.

“You only get eight chances for South Coast League wins,” Mulligan said. “When you get one where you finish them off pretty good, it’s a good thing.”

By the end of the first quarter, the Cougars held a 12-8 lead.

Trabuco Hills had been riding tall as winners of two straight games that included upsetting San Clemente just one week ago.

But the Mustangs’ could find their offense. They were held to just three field goals in the second quarter and watched as the Cougars find some stride.

“All my teammates were driving to the basket hard and then they just found me when they were kicking it out,” said Gray, who hit a total of three 3-pointers.

He finished with a team-high 15 points.

Capo Valley held onto a comfortable 10-point lead at halftime, but Mulligan knows his team could have played better.

“We were careless with the ball and I thought we didn’t did stops like we should,” Mulligan said. “(Trabuco Hills) has some great looks in the first half that they didn’t make.”

In the third quarter, Trabuco Hills’ shots started to fall.

Junior Caden Wright hit three 3-pointers as the Mustangs cut their deficit all the way down to three points just before the start of the fourth quarter, but Gucoglu answered with an outside shot with his own that turned the tide.

It didn’t take long for Capo Valley to regain control.

Capo Valley’s defense held the Mustangs to just four points in the quarter.

“I think that win really helped us,” Gray said. “We feel confident especially after two straight losses prior to this.”

Capo Valley and Trabuco Hills are now tied for second in the South Coast League with Tesoro holding a one-game lead. The Cougars will host Mission Viejo on Friday while Trabuco Hills will travel to Tesoro.