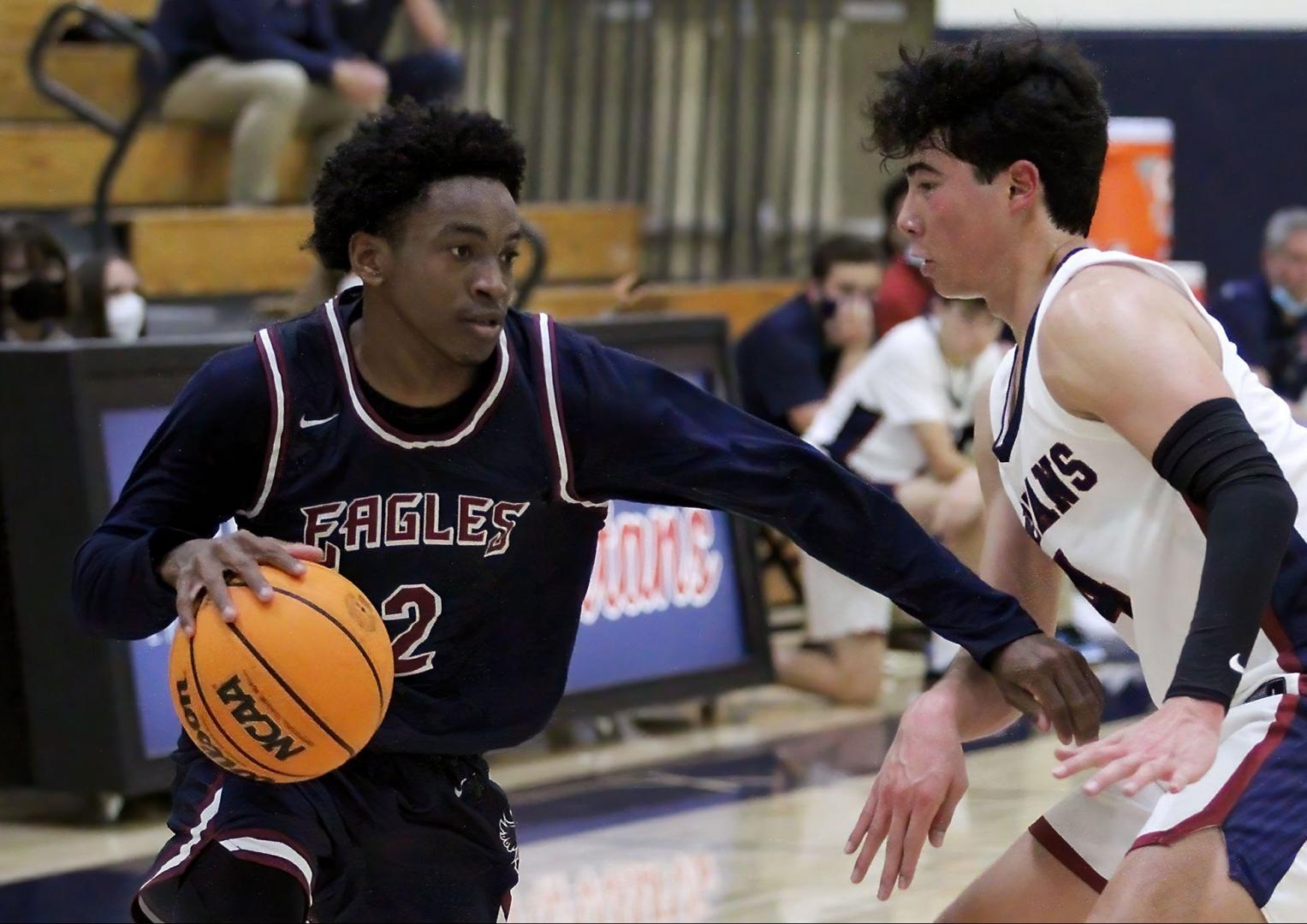 They just took down the Tartans on Saturday to celebrate Senior Night.

When the two teams met once again on Tuesday, Capo Valley Christian came out once again victorious.

The win firmly places them in second place in the San Joaquin League standings and boosts their No. 3 spot in the CIF-Southern Section Division 2AA polls that was released earlier this week.

“We just came out and played hard, like we are supposed to,” Williams said. “We really picked up on defense.”

Capo Valley Christian weathered St. Margaret’s early push and settled in late in the opening quarter when junior Ariik Mawien made a layup after he was fouled. On the very next possession he nailed a 3-pointer.

Williams also stepped up making the next two shots that included grabbing his own rebound for the putback.

“I just trust my teammates,” Williams said. “I pride myself on my rebounding.”

St. Margaret’s tried to make a run with some offense by senior Dylan Cormac but every time he scored, the Eagles had an answer.

Williams hit a 3-pointer from the wing and Capo Valley Christian held a commanding 36-22 halftime lead.

“The guys were locked in yesterday at practice and they were ready to go,” Eagles coach Chris Childress said. “They played hard.”

The second half started much like the start of the game with the Tartans once again creating some momentum that saw Cormac hit a pair of 3-pointers, but could only bring his team within eight points. He finished the game with 14 points including three 3-pointers.

Following a quick time out, Capo Valley Christian exploded on a 21-3 run to end the third quarter.

Shots from distance were landing from every direction including two each from Athian Athian and Eli Arthurton. Its once eight-point lead turned into a 59-35 advantage.

Capo Valley Christian’s starters took a seat in the fourth quarter as soon as Williams found Mawien on an alleyoop and the bench began to shine.

Senior guard Scotty McDowell and junior Ryan Weber made the last four baskets as the Eagles cruised to victory.

“This win just shows we are gelling together as a team,” Williams said. “Now we need to make a playoff run.”

The Tartans need to win both games for an automatic bid to the CIF-SS playoffs otherwise they can only get in with an at large bid.