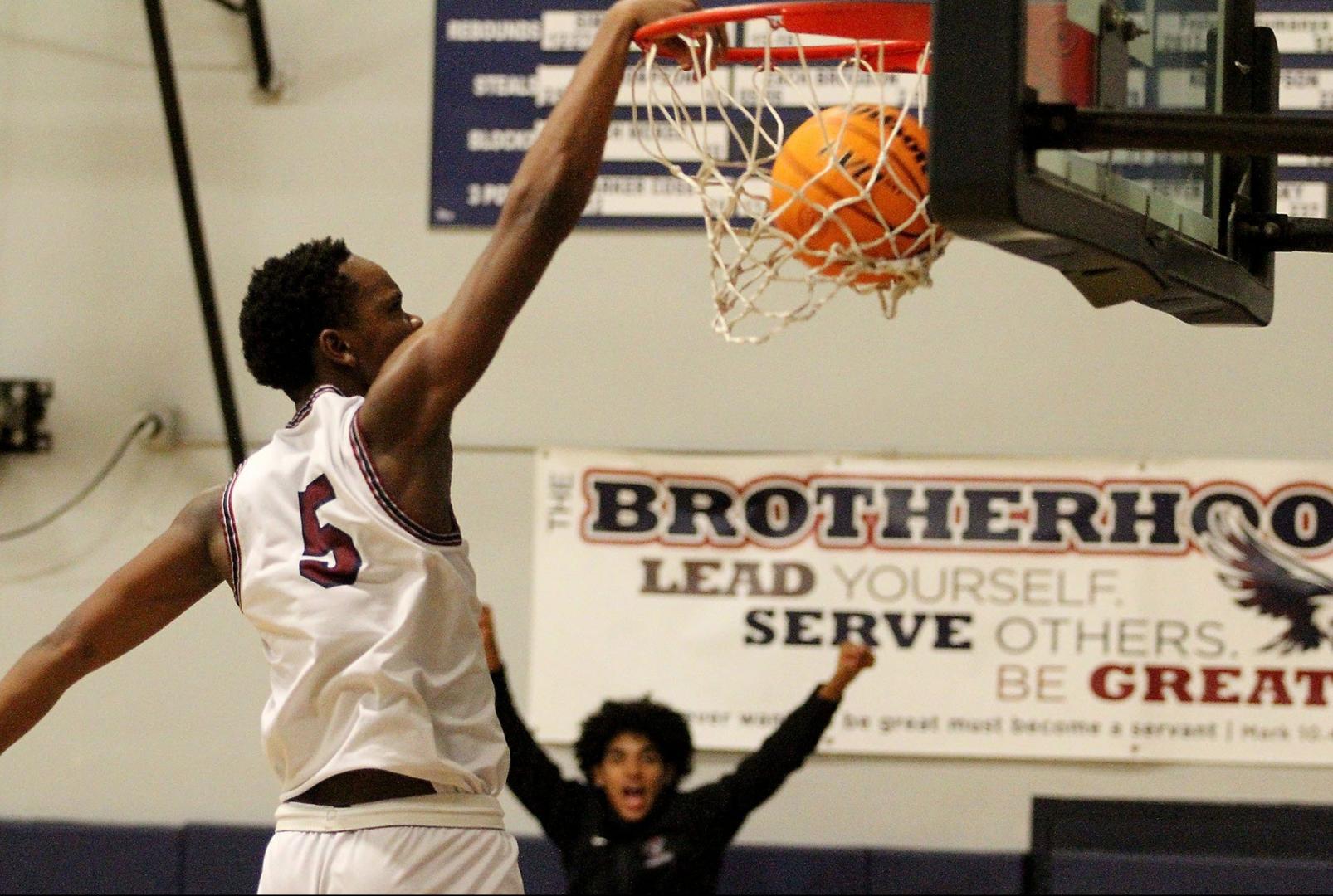 His team routed the Dolphins, 87-49 on their home court.

“We got off to a slow start,” Childress said. It’s a gift and a curse, man. (This team) is really good.”

The Eagles wanted Friday evening with a perfect record and plenty of recent success. They have defeated their last five opponents by an average of 27 points per game.

But the Dolphins arrived not showing fear.

The Eagles’ Mac West and Ariik Mawien also made some shots behind the perimeter and captured a 16-12 lead at the first break.

Dana Hills never recaptured the lead but hung around until halftime.

When West converted a three-point play, the Dolphins’ Logan Scodeller answered with a 3-pointer.

Freshman guard Collin Haugh also hit a 3-pointer but picked up his third foul late in the second quarter.

The Dolphins got within four points, but that was as close as they could get as Capo Valley Christian held onto a 34-26 halftime lead.

“We just couldn’t make shots,” Childress said. “That was the difference.”

It didn’t take long for Capo Valley Christian to get going in the second half.

While West has been the Eagles leading scorer this season 6-foot-7 Anthian Anthian has been a presence inside.

He scored two buckets inside and then came out to the wing and nailed a 3-pointer.

“He’s always been a good shooter, but this summer he turned in to an elite shooter from the wing and corner,” Childress said. “It’s just confidence.”

Anthian had struggled making just two of his last 14 3-pointers, but caught fire making four in the third quarter.

He finished with a game-high 29 points and was 5-for-11 from behind the arc.

“I just came out with confidence after putting up some shots at halftime,” Anthian said.

In the fourth quarter the Eagles were in full control and really started to push the tempo.

Pepperdine commit Mawien scored on an up-and-under layup in the lane and West and Athian sealed the game with two monstrous dunks.

“We continue to play together and it just starts to click,” said Mawien, who finished with 17 points.

Capo Valley Christian continues its season on Saturday when it faces San Gabriel Academy in the final game of the Eagle Classic hosted at home.

Next week the Eagles travel to Las Vegas to play in the Tarkanian Classic against Chandler Prep.

“We are only playing six guys so everyone tired,” Childress said. “We are just trying to stay healthy and play good basketball.I”m really excited about the potential of this year.”