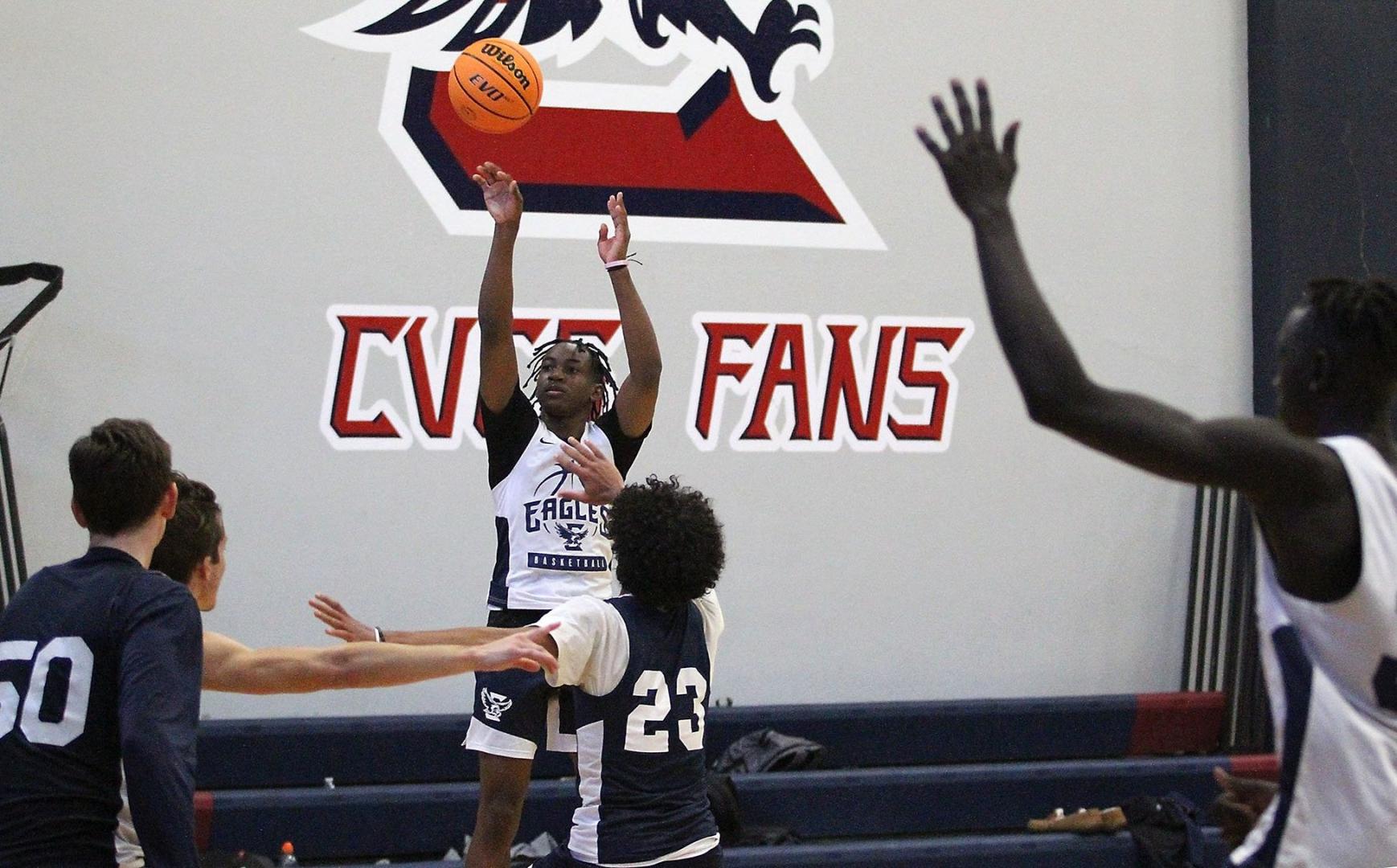 The Eagles played teams from all over while in Las Vegas and Arizona.

“This should be our most exciting team that we have had,” Childress said. “We have a quite a few high flyers, playmakers and shooters. Most importantly (these players) are super close.”

The players and coaches all stayed together while on the road. There they could bond not only on the court, but off of it as well.

“It’s good if you are trying to make a deep run,” said Childress about his team’s chemistry.

Now, Capo Valley Christian takes their chemistry into the regular season where it has high goals and have broke free from the stereotype of a small private school.

“We are in uncharted territory,” Childress said. “We are typically under the radar and a team that creeps up on you. Now everyone is talking and we are getting some hype.

The Eagles enter the season ranked top 50 in the state and No. 4 in Orange County.

And their players are embracing it.

The Eagles will feature plenty of offense as senior guard Mikiah Williams enters a rotation that already has senior guard Mac West and junior forwards Anthian Anthian and Ariik Mawien.

“This team already had a feel for the game and there was chemistry,” said Williams, who transferred in from St. Anthony in Long Beach. “This is a great team to be on.”

Childress said having such a deep rotation is not only important especially with a challenging schedule that includes a tournament at home, a Mission Viejo Tournament and a Las Vegas tournament, but it also creates friendly competition between the players.

“Guys can’t take days off because there is always somebody that can come in and take their place,” Childress said.

Not only will the Eagles soar on offense but they also take pride defensively.

Mawien put up 12.1 points and nine rebounds per game but also averaged 2.5 blocks and 1.1 steals per game.

“We can be a really great team on defense,” he said. “Defense wins games. Defense wins championships.”

Now it’s all about putting everything together.

“This is a completely different team than when I first got here,” Childress said, We had really good kids but they were content knowing they wouldn’t play basketball after high school. Now we have guys who really want to play basketball at the next level. There is a different commitment to it.”

Mawien already committed to Pepperdine in August and Childress said there could be as many as four or five Division I players on his roster.

“We have a lot of potential,” Williams said. “We can go to CIF, state. I think we can do it all.”