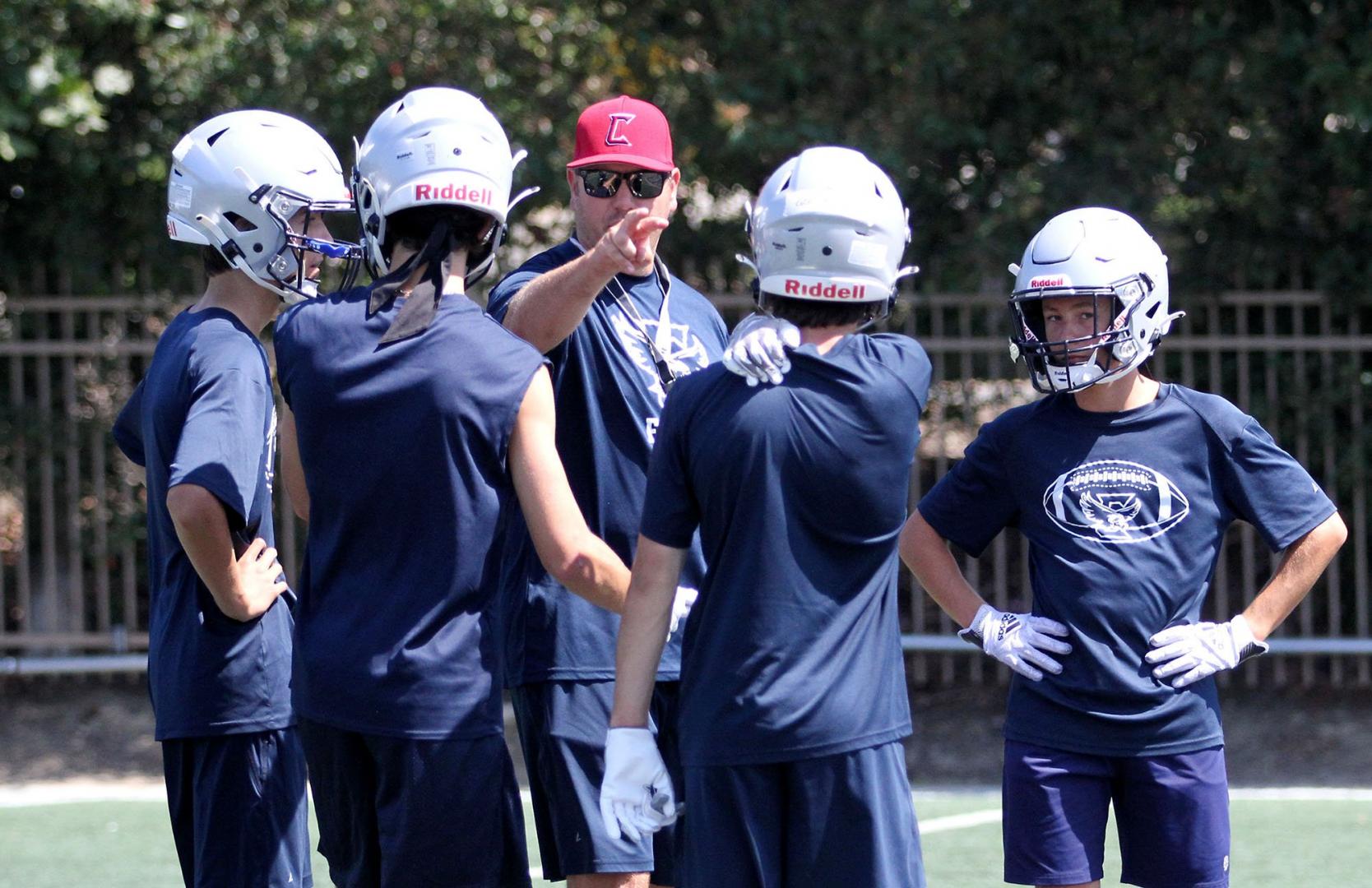 No, none of its players tested positive for COVID-19.

Their coach just wanted to give his players the opportunity to play other sports.

“We pride ourselves as a school where our student-athletes can play multiple sports,” CVCS head coach Eric Preszler said. “Almost every single one of our football players plays baseball or basketball (or another sport).”

Now, with the sports schedule returned to normal, the Eagles are ready to fly toward a full 10-game schedule.

“I think there was some benefit to having a little bit of downtime but, once it became football season again, everyone was charged up and ready to go,” Preszler said. “I’m pretty excited for our future.”

Preszler returned to coach and act as the athletic director at Capo Valley Christian in early 2020 and inherited a young team.

Last season, his team featured just three seniors. This season is no different.

“We are pretty young,” Preszler said. “We are going to have four or five freshmen playing a lot, but we have an incredible work ethic and we are pretty tough.”

While Preszler knows he will have to lean on some freshmen, he also has some veteran guys who can step into leadership roles.

Manrique transferred in from San Clemente after his freshman season and is just one of two players on the roster who was a part of the 2019 full season where the Eagles finished 7-4 overall.

He will be asked to do a lot, playing both wide receiver and defensive back and even spending some time in the backfield as a running back, but Preszler calls him the heart and soul of the team and he embraces that role.

“I like that pressure and I like being the leader my teammates look up to,” Manrique said. “We have some good players and this team will keep growing even when I’m gone.”

Another veteran presence at wide receiver is junior Hayden Carlson.

Carlson thrived on the baseball diamond last spring, but he found that he also loves football.

“We got to play that one game but I really wanted a longer season,” Carson said. “This is just fun. We are brothers all going out there together and fighting for one another. We never leave anyone behind.”

Preszler said most, if not all, of his players show versatility, whether they play on both sides of the ball or multiple positions on offense and defense. The benefit of a roster of only 30 is that he can plug someone in at any given time.

“The challenge is the endurance and stamina but, because of that, it’s an automatic qualifier to build toughness,” Preszler said.

Capo Valley Christian has had a total of 17 wins over the last three seasons. All of them have come on the road, as its campus only has a practice field.

But the players and coaches know it’s just a part of putting on the Eagle uniform.

“The bottom line is that football is a tough sport and it takes tough guys,” Preszler said. “That’s what we are developing (here at Capo Valley Christian), and we are all enjoying the heck out of it.”

Aug. 20 vs. Arrowhead Christian at Tesoro