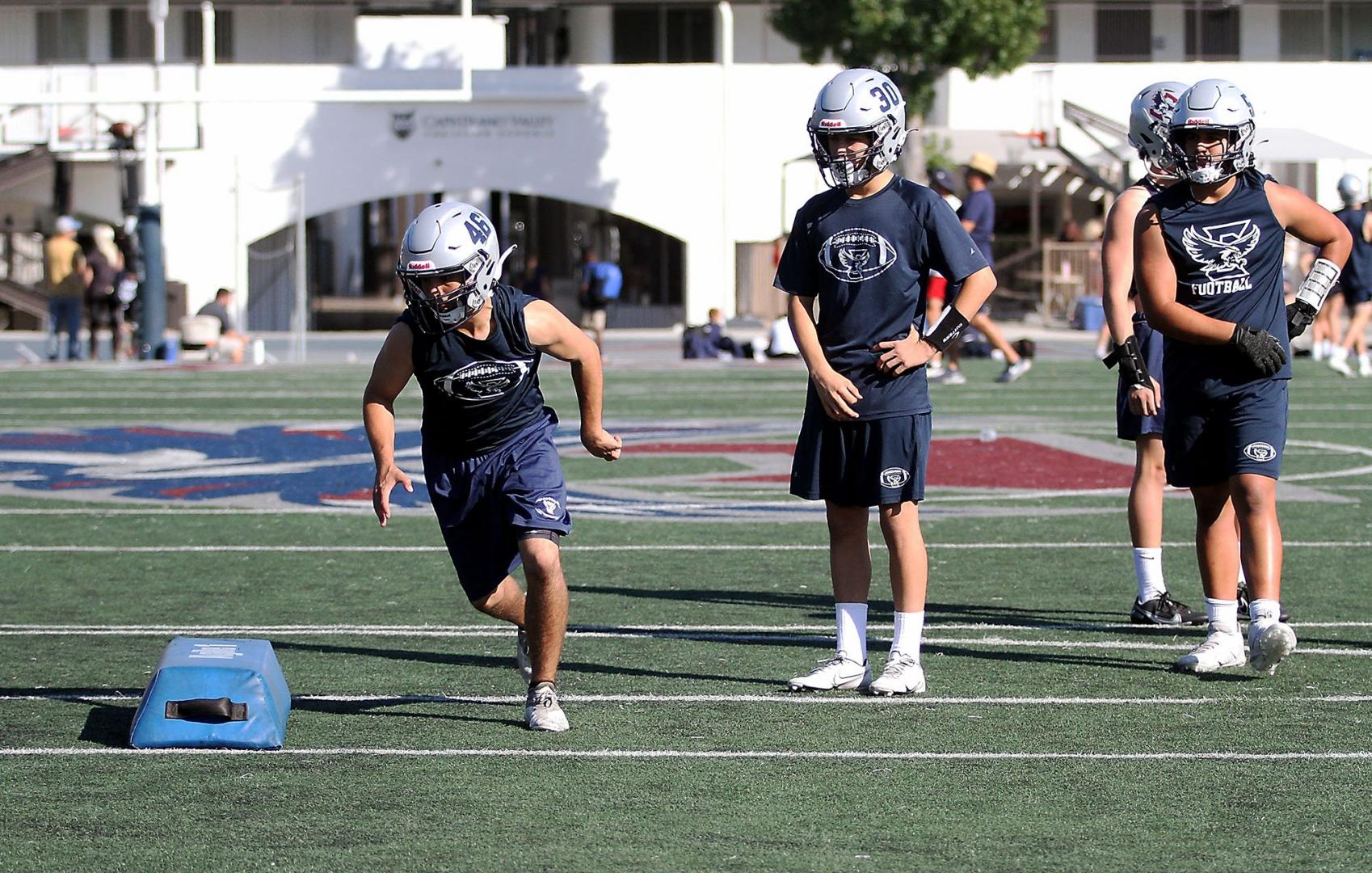 SAN JUAN CAPISTRANO — Over the last two weeks, the Eagles have been clicking on both offense and defense.

The team have combined for 71 points offensively while holding opposing teams scoreless in the last two games.

This has resulted in two back to back wins over California Military Institute and Godinez Fundamental.

“It’s really simple. Our kids have bought into the process,” head coach Eric Preszler said. “They play for each other. When you’re playing for the guy next to you, you have some good things going.”

As one of the smaller high school teams in the area, the team relies on players that are dual-threats. Senior Kaden Manrique is not only one of the teams’ top rushers with 255 rushing yards, he also leads the team with 20 solo tackles.

While the players have been able to hold success, Preszler talked about how difficult playing that amounts of minutes is.

“These guys play a lot of minutes,” Preszler said. “It’s a challenge but these kids have rose to the challenge.”

As a player held accountable for playing both sides of the ball, Manrique described his experience with the duality of the team.

“Coach Preszler does a great job with splitting up the offensive and defensive skills during practice,” Manrique said. “I personally prefer defense. I’m a big contact guy. It’s fun being a leader for the defense.”

Another dual threat player is junior running back Hayden Carlson.

He has racked up 299 rushing yards and 148 receiving yards and has even helped the passing game by throwing a 31 yard touchdown in their most recent win against Godinez Fundamental.

“Playing quarterback is on of my favorite parts of the game,” Carlson said. “I have some speed, I can throw a little bit but rushing is my focus.”

Despite a top ranking in total yards and touchdowns compared to the national average, the team still finds way to remain humble. Manrique is a player that has been able to perform his best regardless of opponents’ ability.

“It’s not underestimating the ability of our opponents on offense or defense,” Manrique said.

Not only does CVCS have upperclassmen making an impact, but some freshman are turning heads as well.

The Eagles rely on upperclass talent but is lead by quarterback Nate Richie. The freshman has netted 677 yards and six touchdowns this season.

Another underclassmen coming from the school is wide receiver J.P. Synnott. The sophomore currently leads the team in receiving with 252 receiving yards and two touchdowns. At his second position, outside linebacker, he is second with 19 solo tackles..

The Eagles will take their momentum into Friday when it faces Desert Christian Academy on the road.

The Conquerors who hold a 2-2 record to start the season and pose a serious rushing threat will look for their third win of the season. Following this week, Capo Valley Christian’s next three games will include Bosco Tech, Santa Rosa Academy and St. Margaret’s.