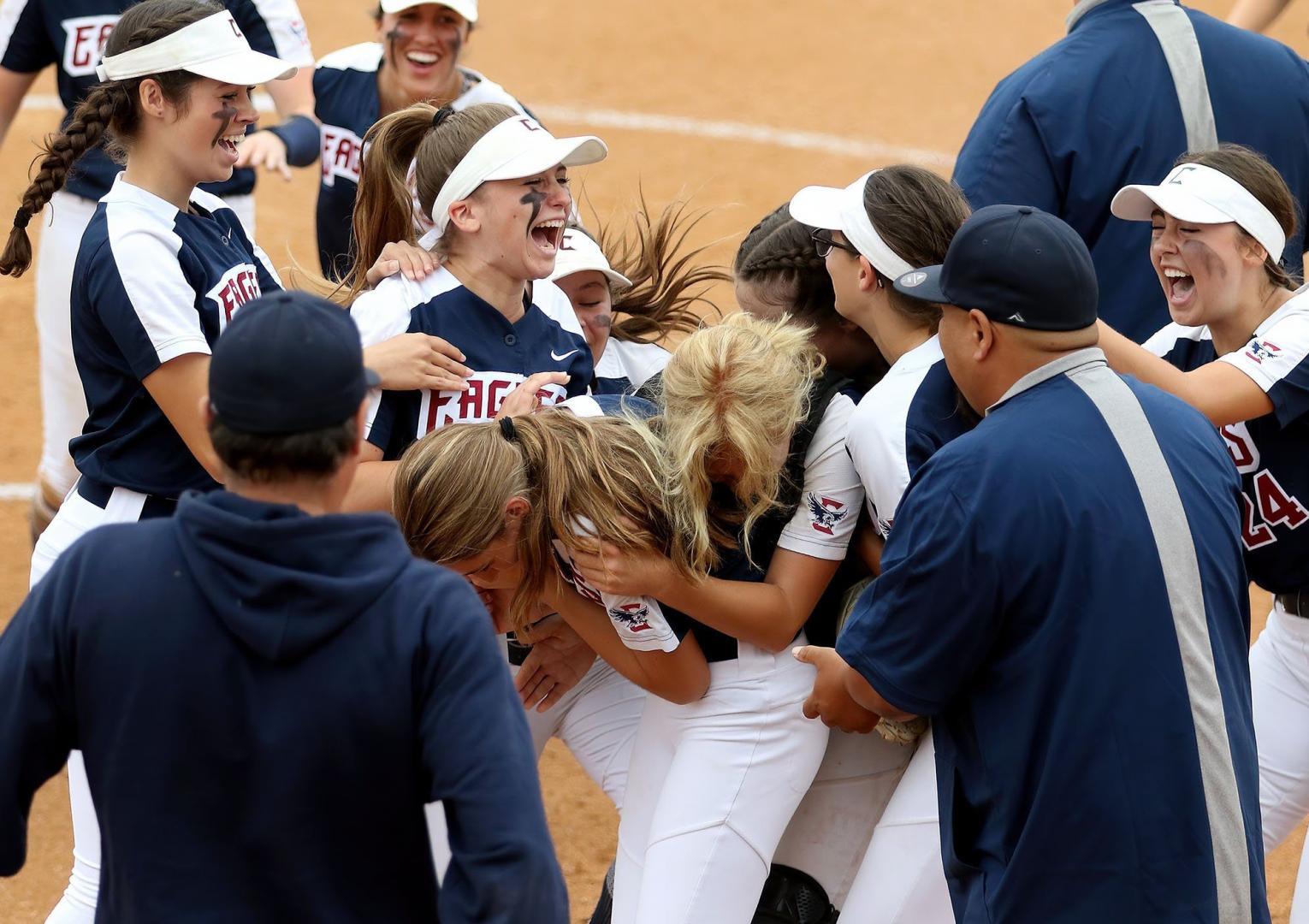 IRVINE — Capo Valley Christian freshmen sisters Kylee Cammarato and Katelynn Cammarato had one goal when they woke up on Saturday morning.

They wanted to make history.

Seven innings later at Deanna Manning Stadium in Irvine, they did just that.

The Eagles celebrated the program’s first CIF-Southern Section title with a 5-1 win over Linfield Christian.

“It feels amazing,”  pitcher Kylee Cammarato said. “I’m so proud of my team.”

Before Kylee stepped into the circle her team already gave her an advantage when senior Natalie Gleason singled home Savannah Maier.

By the second inning, the Eagles quadrupled their lead when Katlynn Cammarato drove in two more runs. Maier came up next and quickly doubled home Cammarato.

“I told these girls from the beginning it was going to come down to who would bring their bats,” coach James Crawford said. “We have prevailed all year and we showed up with our bats.”

Capo Valley Christian has had no problem hitting the ball this Eason, compiling 374 runs over their 28-game season.

But now with a four-run lead, it was Kylee Cammarato’s turn to step into the circle and keep the lead in tact.

Linfield Christian loaded the bases in the third inning and stranded runners at second and third in the fourth and fifth innings.

But the freshman remained composed.

Kylee Cammarato got the Lions’ No. 3 batter, Danica Perez, to strike out in the third and trusted her infield to make routine pop flies to escape the fourth and fifth innings.

“I (was) just trying to push as hard as I can and hit my spots,” said Kylee Cammarato, who also finished with six strikeouts. “I was very nervous but I focused on the pitch and tried to throw it my best.”

Capo Valley Christian added one more run in the sixth inning that proved to be some insurance after Linfield Christian broke through with an RBI-triple in the bottom half but a missed steal of home stalled the comeback.

All the Eagles had to do was wait three more outs and the celebration began.

“This is just so special for the school,” Crawford said. “For some small schools, it’s hard. Sometimes we can only field 12 or 13 girls. It’s just amazing.”

While Capo Valley Christian’s freshmen have a chance to defend the school’s first CIF softball title, seniors like Gleason couldn’t have written a better ending.

Just last year, she tore her ACL and mourned the death of her travel ball coach Bill Hicks.

She dedicated the win to him after the game.

“This win was all for him and all for God,” Gleason said. “This was the field that was the last time he actually coached. Just to win it here, I felt the angels in the outfield.”