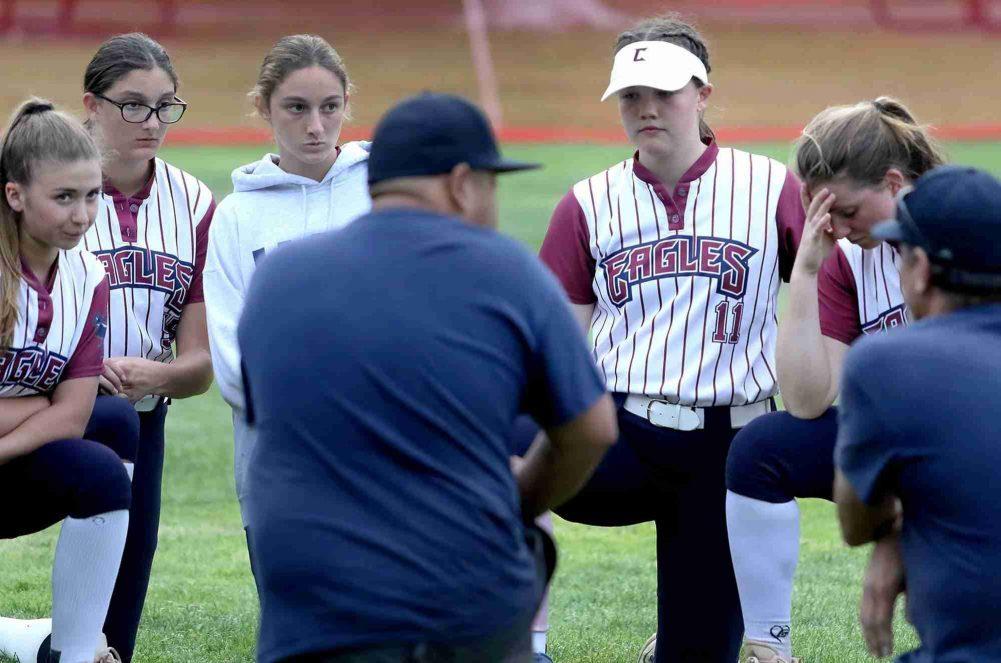 It was a non-league game to Buena Park.

Since, they compiled a 15-game winning streak, a San Joaquin League title and a CIF-Southern Section championship.

But on Thursday afternoon at Cook La Novia Park, their historic season came to a close.

The Eagles lost to Nipomo, 5-3, in the semifinals of the CIF Regional Tournament. While there were feelings of disappointment there was also still a feeling of accomplishment.

The Eagles have had no problem scoring runs this season. They have averaged 12.3 per game.

But there was a sense of urgency after the Titans plated three runs in the first inning and sending eight plasters to the plate.

“I definitely was trying to go the other way,” Gleason said of her two-run home run to right field. “The pitch was outside.”

While the Eagles crept closer, Gleason’s home run would have been a three-run bomb but aggressive base running failed to pay off after freshman Katelynn Cammarato tried for third base after seeing an error by the center fielder.

Capo Valley Christian tied the score in the third when Savi Maier doubled to center, but she was called out trying to stretch her double into a triple.

The Eagles made a pitching change in the fourth inning bringing in Gleason for freshman Kylee Cammarato.

Gleason’s  only mistake was a fastball to junior shortstop Anissa Garcia in the fifth inning that resulted in a two-run home run.

“My fastball was just a little bit over the plate,” Gleason said.

Capo Valley Christian had opportunities to dig out of its hole but an intentional walk to Gleason, stranded runners at second base and some flashy catches by the Nipomo outfield would be the difference.

A long fly out to center field by Katelynn Cammarato ended the season.

“It just wasn’t our day,” Crawford said. “You look at some of the catches in the outfield, if they weren’t caught it would have been a different ball game.”

While Gleason will leave a legacy at Capo Valley Christian finishing with a .711 batting average, 20 home runs and 73 RBIs, she knows the program is in good hands.

The Eagles will return all but Gleason and senior Alexa Stewart.

“The game is hard at times when it doesn’t go your way, but this team has talent,” Gleason said. “As long as you remain a team, the success will come.”