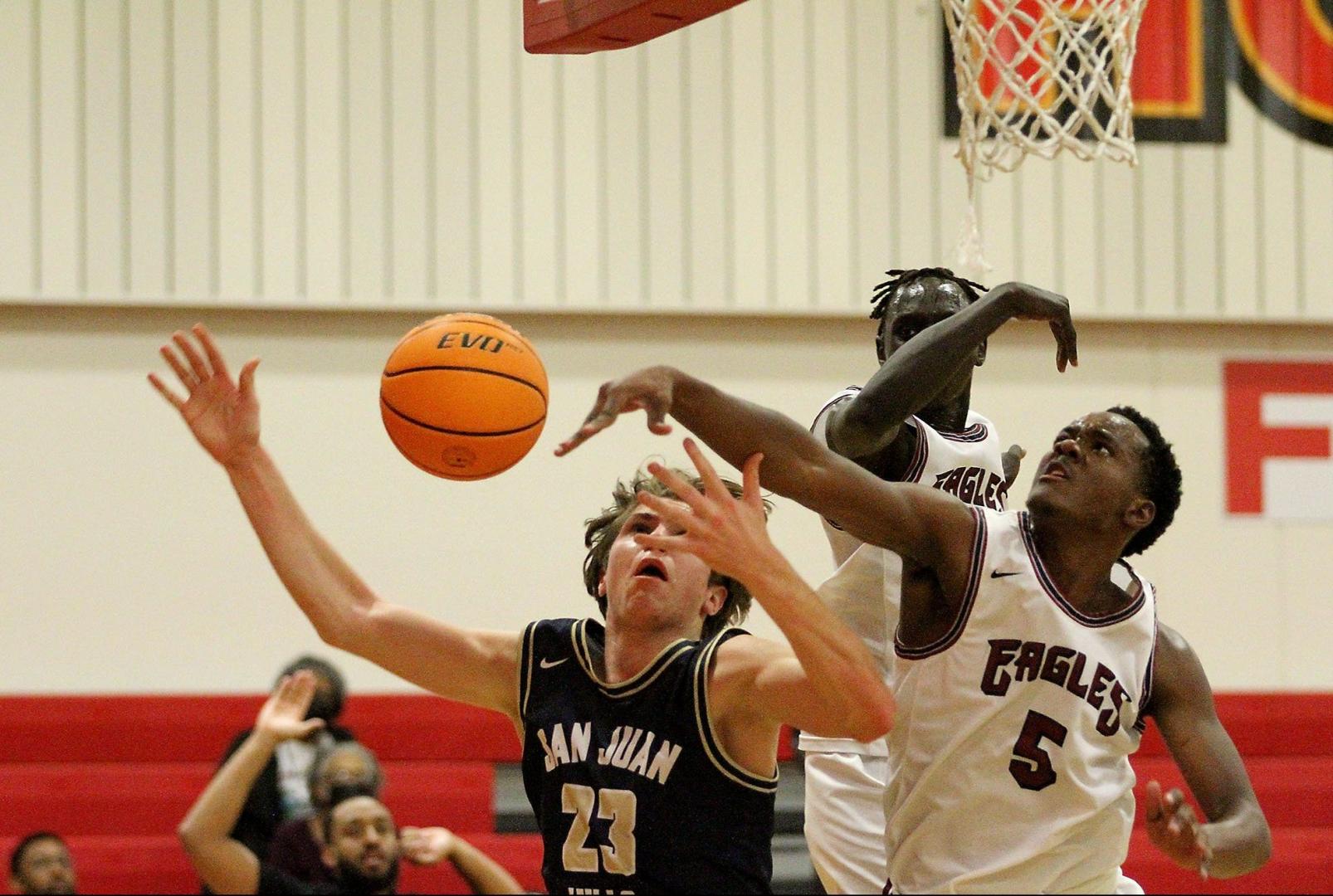 Senior guard Mac West scored a game-high 23 points as the Eagles soared to a 52-41 win in their first game of the Diablo Inferno Invitational Tournament held at Mission Viejo High School.

“We just had to grind it out,” CVCS coach Chris Childress said. “It was a total team effort.”

Capo Valley Christian did not dress three players including senior transfer Makiah Williams because of transfer rules but Childress said his team should be at full strength by the Damien Tournament just after Christmas.

“We are going to have to ride it out until then,” Childress said. “This is going to make our whole team stronger so when we are at full strength guys will have game reps.”

The Eagles started the game struggling from the field early in the first quarter after missing its first five shots.

Finally after four minutes junior Athian Athian hit a 3-pointer from the wing to snap a 7-0 run.

Capo Valley Christian finally broke through to take its first lead of the game early in the second quarter when West hit a 3-pointer from the corner.

He added a second 3-pointer in the final minutes before halftime and then scored a layup to tie the game up at 20-20.

While West has shown he can score by getting to the bucket after averaging 13.6 points per game last season, he said he has been really working on his jump shot this offseason.

“Last year I couldn’t really shoot,” West said with a smile. “This summer I was just in the gym every day.”

West added shots in the third quarter but the Stallions answered.

Senior John McFadden added some buckets and San Juan Hills stayed in the game with an aggressive full-court trap that flustered the Eagles.

But by the fourth quarter, Capo Valley Christian started to take full control of the game.

Ariik Mawien returned to the game after tweaking his ankle and scored the Eagles’ next four baskets.

San Juan Hills senior guard Mark Reichner answered with a 3-pointer with three minutes left in the game but the deficit became too high.

San Juan Hills had opportunities to cut into its lead in the final two minutes after Capo Valley Christian struggled from the fires throw line, but the Stallions couldn’t get a shot to fall.

“We were in it the whole time. We just left a lot of points out there,” San Juan Hills coach Jason Efstathiou said. “If we hit a few more shots, all of a sudden that game is even tighter.

Although it is only five miles across San Juan Capistrano this was only the fifth meeting between the two programs.