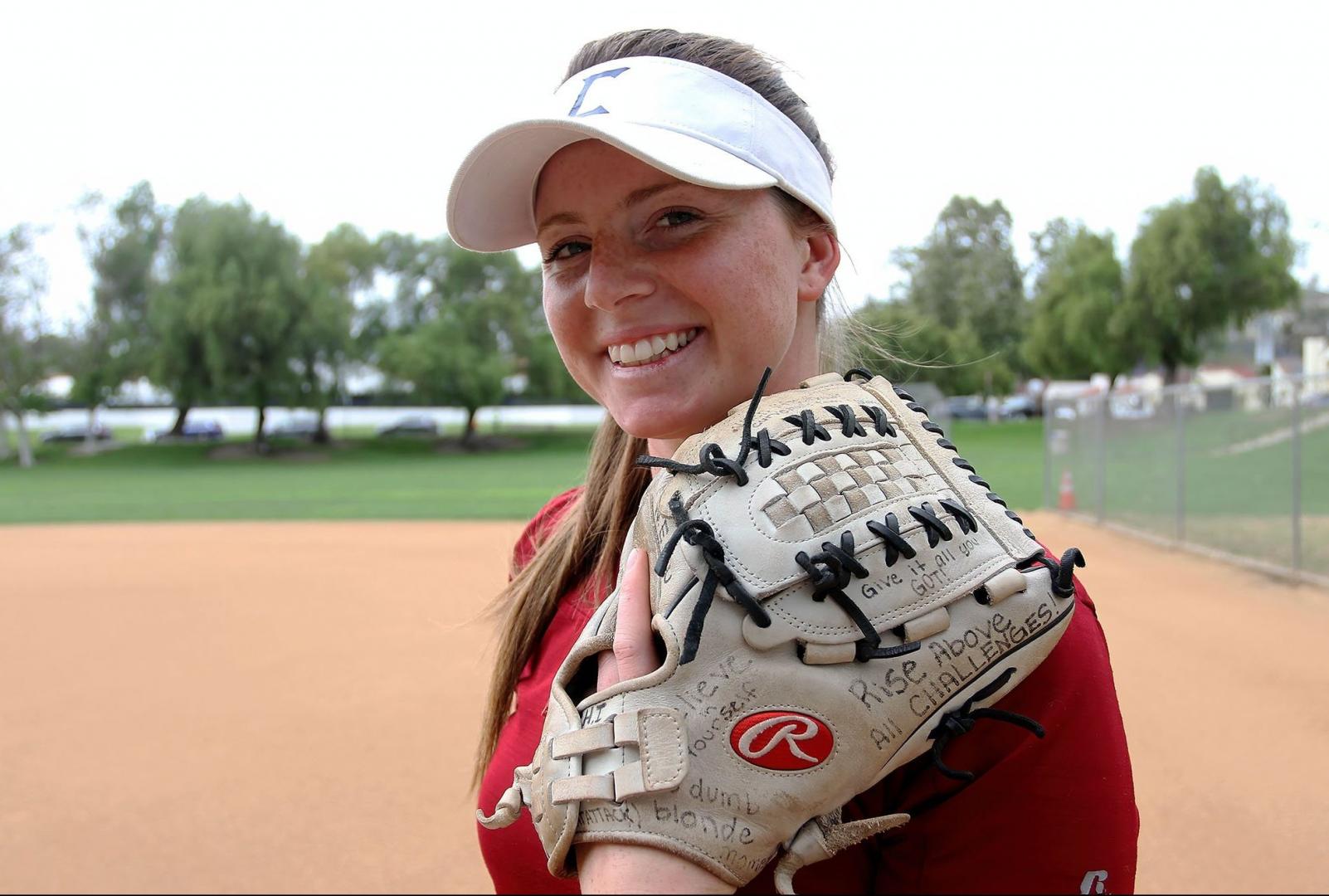 Gleason leads the Eagles with a .726 batting average, 15 home runs and 61 RBIs

SAN JUAN CAPISTRANO — Everyone has a story.

To know Natalie Gleason’s, just look at her glove.

‘Believe in yourself’ and ‘give it all you got’ are just a few words of encouragement written there in pen.

But one phrase stands out.

Just below the glove’s webbing it reads, “Rise above all challenges!”

Gleason’s challenges include some pain and even heartbreak. A knee injury forced her to watch her junior season from the dugout. Not too long after that, she mourned the death of a mentor. Her travel ball coach, Bill Hicks, had suddenly died.

“It was a train wreck,” Gleason said. “It made me have doubts playing my senior season.”

Through it all, Gleason remained on the softball field.

Now, the senior captain is not only leading Capo Valley Christian to its best softball season in school history, but she is arguably the best softball player the school has ever seen.

Gleason found her love for softball just before the age of five.

“I think I remember throwing a sock as a ball to start out,” Gleason said laughing.

Eventually, she traded the sock in for the regulation size neon green softball and her skills developed quickly.

By the time she was a freshman in high school, she had joined the Firecrackers Softball Inc., a travel ball squad.

“The competition was so good. I was facing better pitching and found out that the game gets progressively harder and harder,” Gleason said.

It was there that she first met Hicks.

“He really pushed me to be my very best,” Gleason said. “Even when I made a mistake, he was always there for me.”

Gleason’s softball career continued in high school, where she played two seasons at San Juan Hills. She threw a no-hitter against Laguna Hills but when the pandemic hit and the school transitioned to online learning, she found herself uncomfortable in that setting. The next year she transferred to Capo Valley Christian.

“I just felt that God was leading me there,” Gleason said.

Now happy in her new school, Gleason was anxious to get back on the softball diamond.

On May 11 against Calvary Chapel, she collided with a runner at second base and tore her ACL.

“It was definitely hard,” Gleason said. “I already tore my other knee in eighth grade, and junior year you really focus on recruiting.”

She had already verbally committed to Grand Canyon and her future was planned out, but the softball program was going through a coaching change.

Her world was unravelling. In September, it got worse, as she received news she never thought she’d get.

One of Gleason’s teammates texted her startling news that Hicks had suddenly died from a heart attack.

“I just broke down,” Gleason said. “I couldn’t fully comprehend what happened.”

Through all the pain and even some doubt, she embraced her new school and found a new family at Capo Valley Christian.

“The coaches and teachers here really helped me cope with that pain,” Gleason said. “They hugged me, they prayed for me and they were there every single day. Everyone just wanted the best for me.” 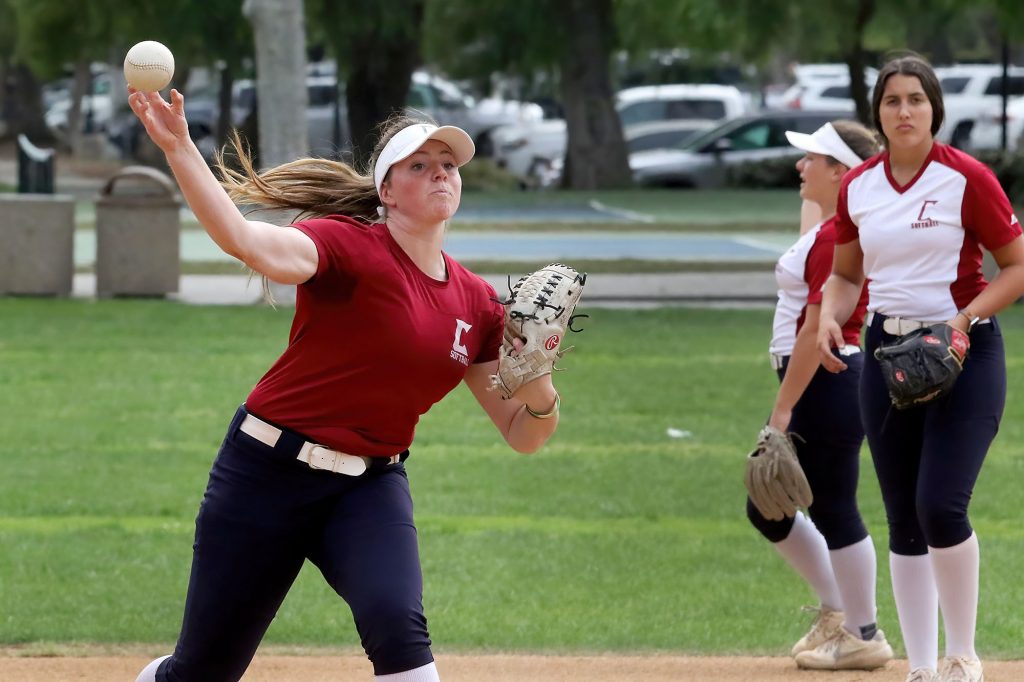 Capo Valley Christian senior Natalie Gleason throws to first base during a practice at Cook La Novia Park in San Juan Capitrano, Tuesday, May 3, 2022. Gleason is batting .726 with 15 home runs and 61 RBIs but wasn’t sure if she was going to play this year after injuring her knee and mourning the death of her mentor last season. (Ryan Kuhn, SOCoPrepSports.com)

While at one time she considered giving up on her senior season, Gleason is now rewriting the record books.

Her batting average ranks near the top 10 in all of California softball players.

“I wish we had nine Natalie Gleasons out there because we would be unstoppable,” Capo Valley Christian coach James Crawford said.

The Eagles are soaring to their best record in school history. Their 22-1 mark and perfect 10-0 league record have them set up for a Division 7 postseason run that starts on Thursday against Chadwick.

Through it all, Gleason has persevered. She is heading to Grand Canyon after new coach Shanon Hays still offered her a scholarship, but there’s one goal she has left to accomplish with CVCS.

She wants a CIF-Southern Section Championship and knows somewhere Hicks is watching.

“I worked really hard to come back to the game that I love,” Gleason said. “It’s a true blessing being in this position.”