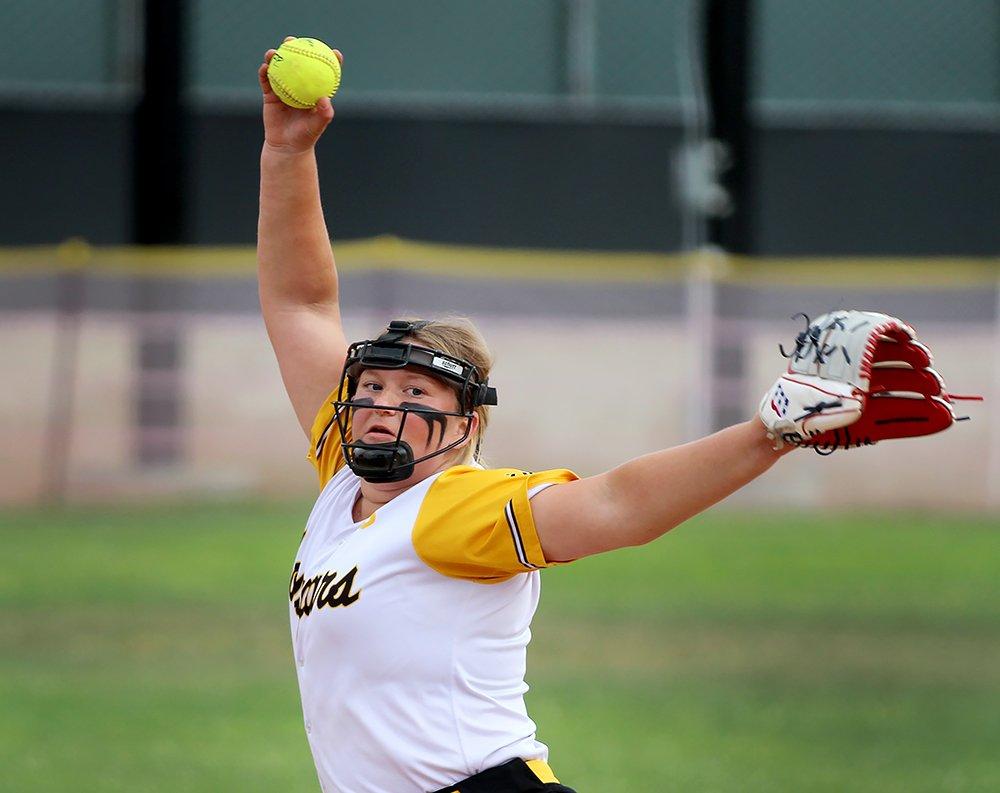 She was greeted by high-fives and encouragement after stranding the tying run in scoring position during the sixth inning of Tuesday’s game against San Clemente.

Her calm demeanor portrayed that she has been doing this forever.

And she has, just not at the varsity level.

“This isn’t new for me,” McDonnell said. “I started pitching when I was four years old. My mom is a (private pitching) coach.”

McDonnell’s escape from the sixth inning was just a chapter of her complete game 2-0 shut out of the Tritons. She also struck out seven Tritons while allowing four hits and no walks.

“When we had her in fall camp, I was expecting her to be a JV kid, but one of the older (pitchers) got hurt,” Capo Valley coach Art Cole said.

Now, McDonnell has taken on the majority of the workload from the circle this season.

She’s pitched 59.2 innings, giving up just 19 earned runs and a single home run. Her only two losses came to Mission Viejo and Tesoro earlier this season.

“She just has great control and great composure,” Cole said. “You never know she is in any trouble (in the circle) because she responds well to the pressure.”

McDonnell started the game allowing a single to leadoff hitter Natalie Casto. One batter later, she caught a line drive back at her, completed a double play and retired he next seven batters in a row.

That’s not to say she hasn’t had some help from her offense.

In the second inning, she watched senior outfielder Hayden Thomas launch a pitch over the left center field wall.

“I barreled it up and it felt really good,” Thomas said.

Thomas’ home run was just her first of the season, but she said it was special after being unable to play last season because of an ACL injury. She’ll be graduating and moving on to attend school at the University of Utah but won’t continue a softball career.

“I’m so excited to be out here,” Thomas said.

While the Cougars and McDonnell were on cruise control, San Clemente also found some rhythm in the circle.

After Triton’s pitcher Sam Kowalski gave up the home run, she quickly settled down and struck out six batters.

She even worked herself out of her own jam in the sixth inning, leaving Cougars on second and third.

“We just need to make the adjustments on offense,” Kowalski said. “We weren’t doing anything after seeing (McDonnell) three times.”

Capo Valley found some insurance in the seventh inning, when sophomore Kate Verhoef tripled to right field and scored on a wild pitch.

The Cougars continue their season next Tuesday against Tesoro.

McDonnell will most likely be handed the ball, but her coach and her teammates have the utmost confidence in her.

“She is having a great year,” Cole said. “She’s definitely someone to watch.”