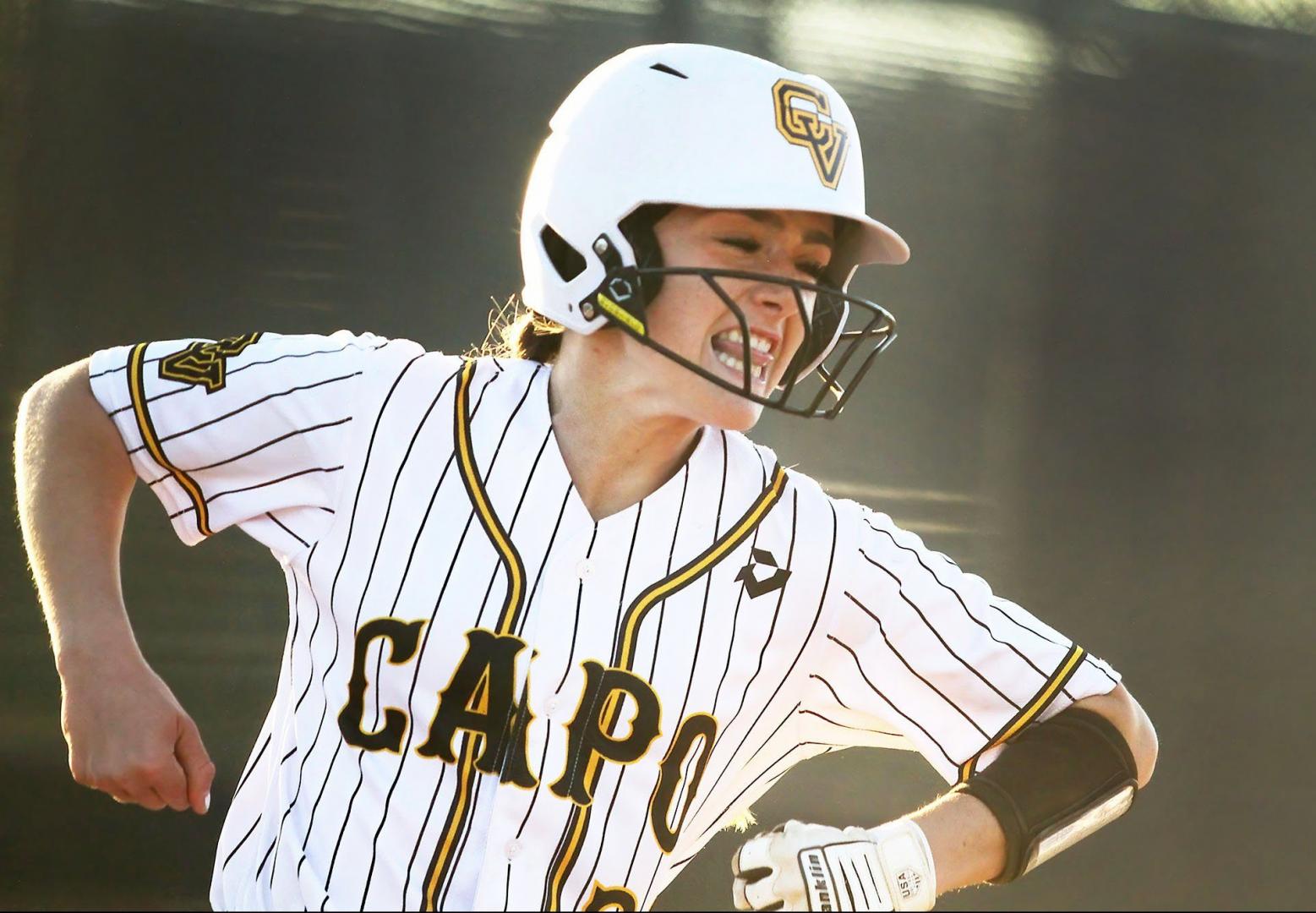 The Diablos won their last 10 games by an average of eight runs per game.

Their record was even perfect.

That was until they travelled to Capo Valley.

Mission Viejo allowed three unearned runs and after watched her Cougars celebrate a 4-2 victory. It was just Capo Valley’s second win over their cross-town rival since 2006.

“It’s a really big deal,” sophomore pitcher Made McDonnell said of the Cougars’ win. “We knew it was going to be more pressure for us them being undefeated and all but we came out really strong.”

It didn’t take long for the Diablos to take a two-run lead in the first inning when sophomore pitcher Sofia Elliott belted her ninth home run off McDonnell that sailed over the right field wall.

“I located the pitch exactly where I wanted it but (Sofia) is a really good hitter,” McDonnell said.

But the momentum wouldn’t last.

During the top of the second inning, the Cougars got their lead off batter, Mikayla Turi, into scoring position on an errant throw from the outfield. All catcher Amaya Bixler had to do was lay down the squeeze bunt for Turi to score.

The next inning the Diablos made another fielding error as Kate Verhoef came around to score. Sophomore shortstop Valerie Kwa lined an RBI-single up the middle to take the lead.

“She stuck me out my first time up with an outside curve ball so I made sure to keep that in mind,” Kwa said.

Although McDonnell gave up her first home run of the season, she settled down rather quickly.

She allowed back-to-back singles to start off the second inning but then retired 13 consecutive battlers until Elliot singled in the top of the sixth.

“Striking out (Sofia) in the third inning definitely boosted my confidence, but I also credit my defense,” said McDonnell, who also struck out eight batters. “They played amazing today.”

Mission Viejo threatened getting the tying and go-ahead runners on-base in the sixth following Elliott’s single but McDonnell struck out Shayna Glass swinging to stop the run.

Capo Valley added a insurance run in the bottom of the sixth inning just for good measure when Jasmine Estrada doubled home Amaya Bixler and that was all the Cougars needed.

The Diablos brought the tying run to the plate but Ava Tabangcura’s line drive was caught to end the game.

“This win was great for our program,” Capo Valley coach Art Cole said. “Now we have to continue to build from here.”

While Capo Valley prepares for the Sea View League that starts March 17, the Diablos will look to get back into the winning column at a tournament in Las Vegas.

“If we are bad on defense and bad on offense, it is not a good recipe,” Mission Viejo coach Clint Watson said.