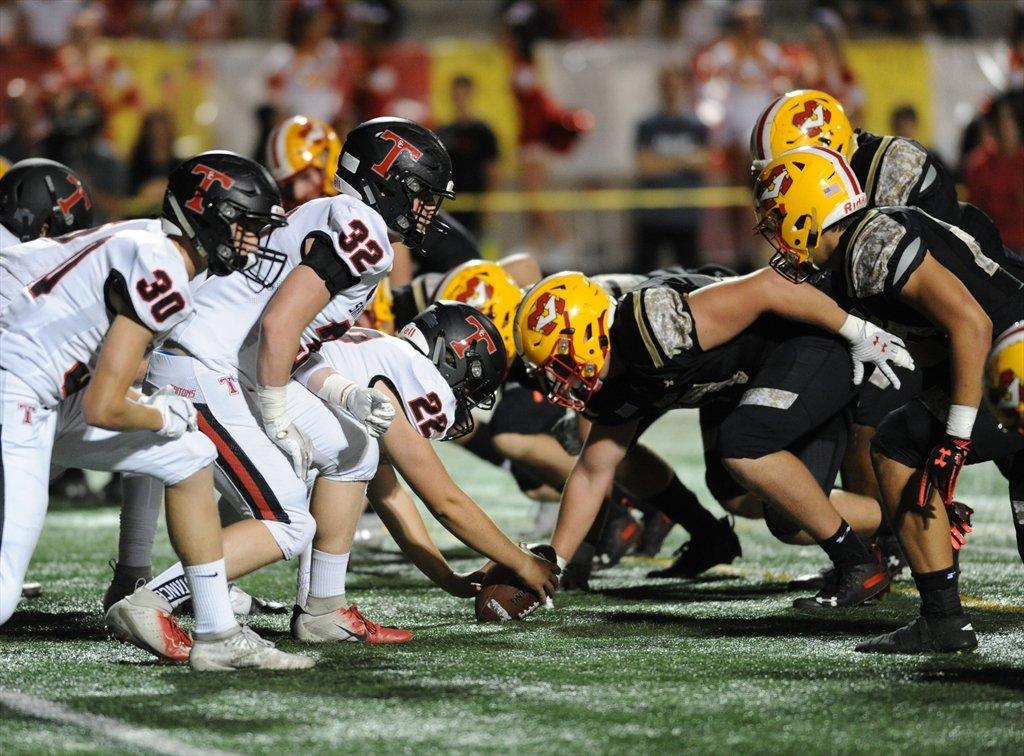 San Clemente and Mission Viejo's football teams line up during a game on Oct. 26, 2019. High school football has not been played since December 2019 because of the coronavirus pandemic but the CDPH announced new guidelines that would start football in the coming weeks. (MaxPreps.com)

Most high schools will now get a chance to complete in athletics as the California Department of Public Health updated its guidelines for youth and high school sports.

But the updated guidelines does not mean high school sports in South Orange County will get to start right away.

All coaches and players are required to receive weekly COVID-19 tests and provide results 24 hours before competition.

Seasons for said sports will be allowed to start on Feb. 26 only if an “adjusted case rate equal to or less than 14 per 100,000”. Currently, Orange County has a case rate of 20.7, though that has been decreasing steadily for a number of months.

“It’s not the best news but it’s definitely a step in the right direction,” Aliso Niguel football coach Mike Calahan said. “I think we are going to play games and that has always been the end goal.”

Cross country has been the only sport allowed to compete since the coronavirus pandemic shut down sports in March 2020.

If Orange County’s case rate does dip down to 14 or less, football and water polo will be allowed to have as many games as will fit within that time and their seasons’ end dates. Water polo’s season would end March 20 while football would end April 17.

Other sports that will be allowed to to start during the CIF’s spring season include baseball, softball, lacrosse, tennis, golf, swimming and track and field, starting as early as March 12.

California is the last state to announce a delayed football season after Washington made an announcement a few weeks ago that schools were allowed to compete.

The decision on whether or not high school sports would be played in California has been delayed since the start of 2021 after the Jan. 8 start date was pushed back, and then the CIF cancelled its fall sports championships.

“It’s been a rollercoaster, but I have to credit my players,” Calahan said. “They have been inspiring and keep me motivated to keep going.”

Currently, there has been no word on whether indoor sports such as basketball, boys volleyball and wrestling will be allowed to compete in the spring, but Gov. Gavin Newsom said he is optimistic for progress.

“We will continue work with some of those indoor issues. We have a whole workgroup on that and will have more to say very shortly,” he said.

Groups such as LetThemPlayCA, which has more than 60,000 members on its Facebook page, have been very vocal for high school sports to resume, and will now focus their attention to the return of indoor sports.