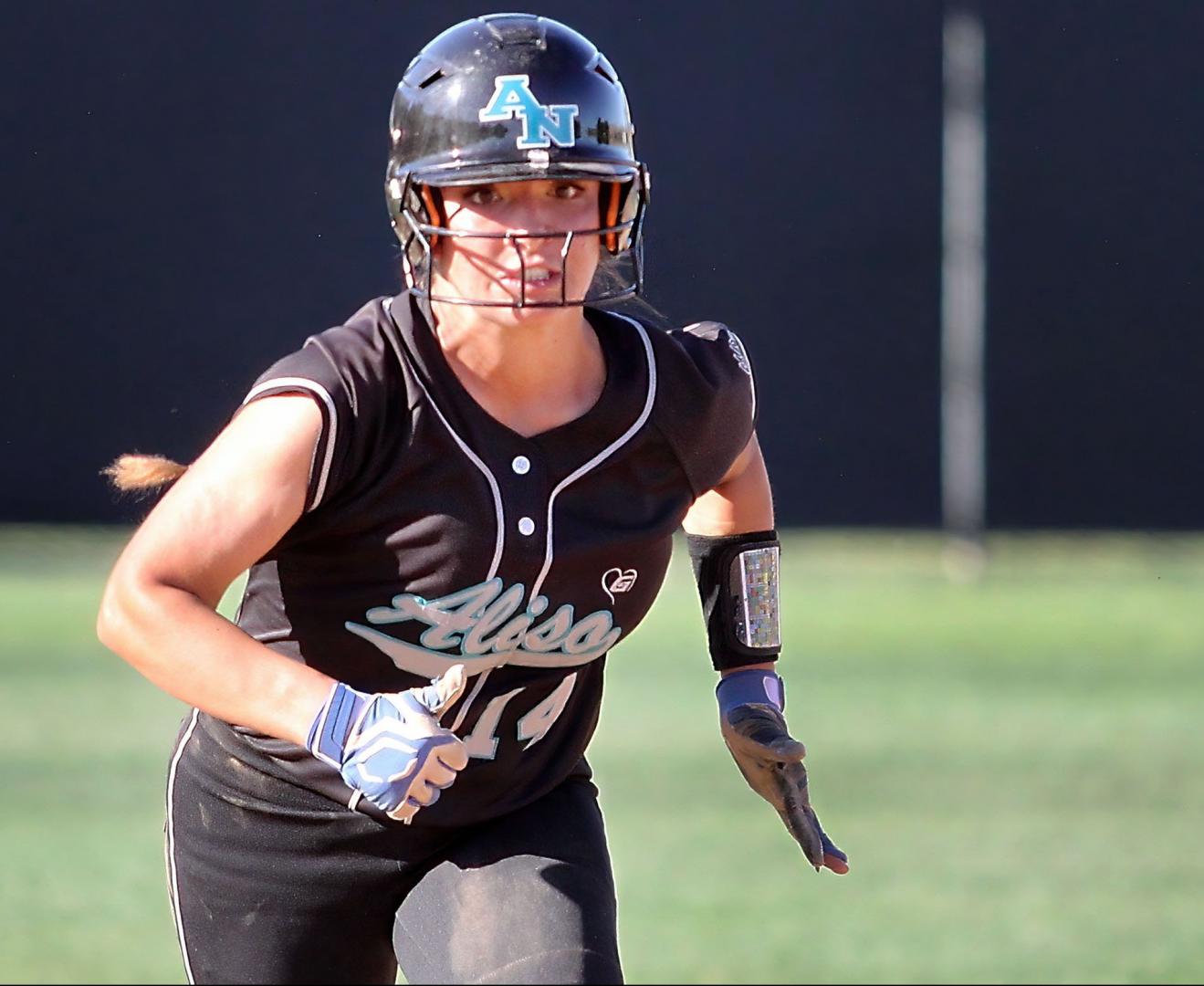 Chloe Lesko proves herself the heartbeat of Aliso Niguel softball

ALISO VEJO — Aliso Niguel’s Chloe Lesko is respected by everybody on her high school softball team.

Now, the junior first baseman who has already committed to play for Division I Penn, is blossoming into a leader beyond her years.

In the midst of a coaching change, Lesko helped keep the team together with the majority of the players returning after hearing the news that the administration fired longtime coach Alan Caouette. The reason was that the school said it wanted to go in a “different direction.”

“The coaches aren’t always going to stay the same but the game is,” she said following her team’s 9-2 win over Woodbridge. “I know every day when we come out on the dirt we are just playing the game of softball.”

It wasn’t long before the school announced Randie Baldwin to be Caouette’s successor.

“We came into the season with open arms and the trust that Coach Baldwin was going to push us to what we expect to be,” Lesko said. “The team’s charisma didn’t die out.”

Aliso Niguel stumbled out of the gates winning just one of its first five games but has completely turning the season around winning nine out of its last 12 games including a 9-2 win over Woodbridge on Thursday afternoon.

The Wolverines wasted little time showing this grit as they worked out of a bases loaded jam in the first inning.

Lesko sparked the offense one inning later with a 2-run single to center field that gave them the lead and her team never looked back.

Woodbridge answered with a run in the third inning but Aliso Niguel manuactfured three more runs with RBIs by Victoria Griffth and Annie Coker.

Lesko never rested as she continued to encourage her teammates.

This was one of our best days,” Lesko said. “I don’t think there was a dead spot in our lineup which is something we pride ourselves on.”

While Aliso Niguel showed off its bats with 11 hits, the biggest came in the fourth inning when Gigi Ganje blasted a 3-run home run to dead center. The Wolverines were in firm control.

“I was looking for a pitch up in the zone and kind of inside,” Ganje said. “It was right there.”

Aliso Niguel will get to rest until Tuesday where it starts South Coast League play against Mission Viejo.

They were swept by the Diablos last season but Baldwin said her team acknowledges the challenges ahead  and are embracing them.

“We are fired up, but we have to show up every day,” she said.

But Baldwin knows having a leader like Lesko makes her job a little easier.

“I believe on good teams coaches lead and on great teams players lead,” she said of Lesko. “I only wish she was a freshman so I could have her here for three more years.”