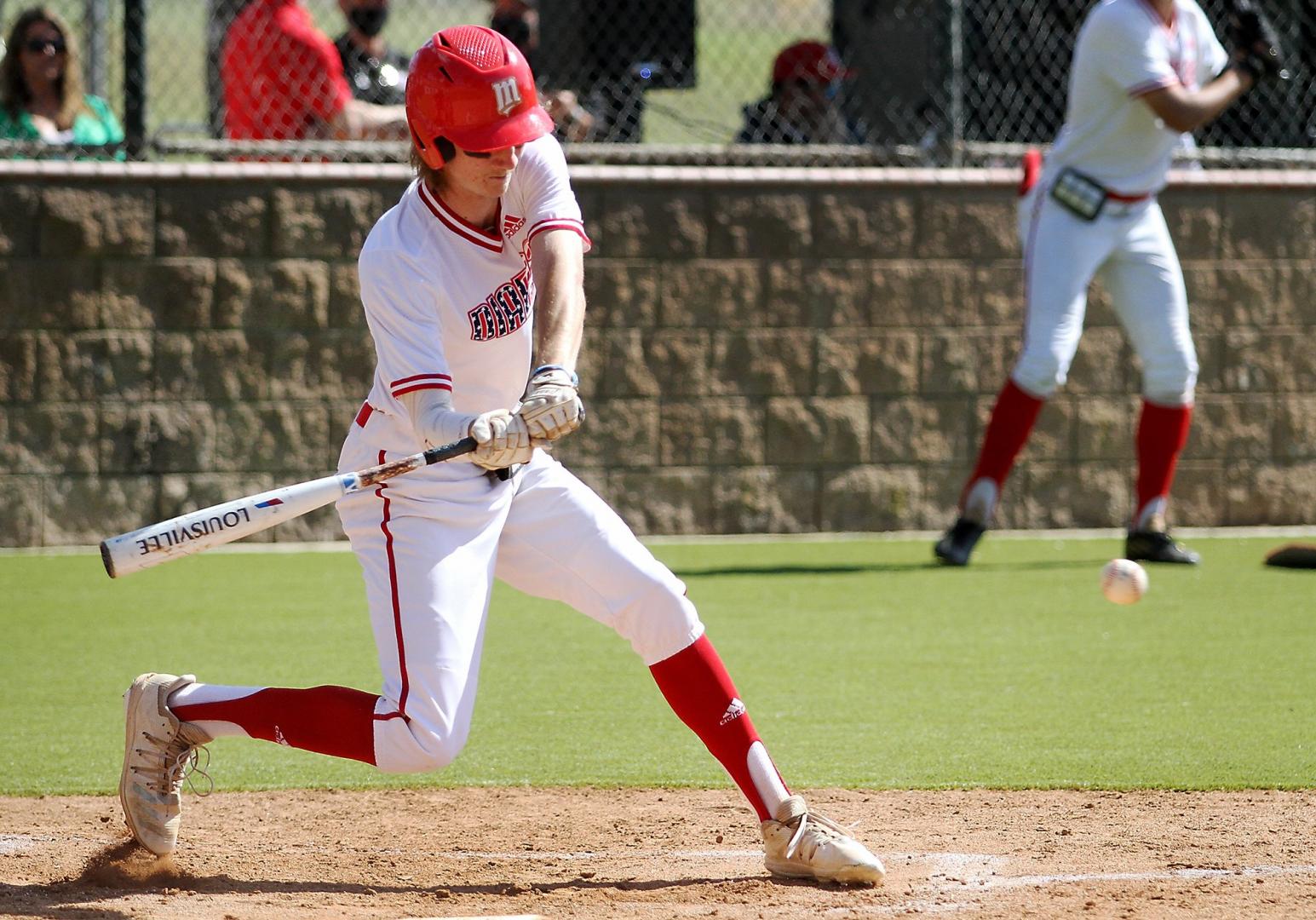 They are, after all, twins.

But on Friday afternoon, they accomplished something together that they haven’t done in four years.

They both hit a home run in the same game as the Diablos defeated Capo Valley 10-7 and won the three-game series.

“It’s been awhile, but it felt good,” Cole Deitsch said.

Mission Viejo entered the day in the middle of a battle between the top four teams in the South Coast League that also includes Capo Valley, Dana Hills and Tesoro, all within two games of one another.

It watched the Cougars take an early lead in the second inning, when sophomore infielder Ruben Lopez hit a sacrifice fly to right field.

But in the bottom half of the inning, the Diablos’ bats caught fire.

Senior outfielder Matt Pollard crushed a 2-run home run, followed by an RBI-double by Will Burns and a sac fly by Nolan Cusey.

The Cougars inched closer in the top of the third inning, but Conner Dietsch stopped their momentum with a towering home run off the scoreboard.

One inning later, Cole Deitsch came up and took his own pitch over the center field wall to spark a four-run inning.

Cole Dietsch has only played in 15 games this season but has seen more at-bats because of his recent production.

Throughout May, he has so far collected five hits and is batting .357.

“He’s twitchy and athletic. Ever since last week he has been performing,” Diablos coach Chris Ashbach said.

Together the twins combined for three hits, the two home runs and scored two runs but Ashbach is certain that there is no twin magic going on within his roster.

“They don’t have any weird twin stuff going or anything,” Ashbach joked. “They just get along and they are buddies.”

Capo Valley found its offense in the sixth inning, when seniors Max McGwire and Kevin James each hit a solo home run, but the Cougars still trailed by three runs.

The game saw a total of five home runs.

“When the wind blows out like it is today, it is ridiculous,” Ashbach said.

Capo Valley attempted a rally in the top of the seventh inning but a double play and a pop out gave the Diablos the win.

“Every win counts in this league. It’s going to go down to the final game,” Ashbach said.

Mission Viejo will take on Dana Hills in a three game series starting at home on Tuesday.

Two wins could create a three or four-way tie for first place, depending on how Tesoro plays against El Toro.

With Capo Valley’s regular season over, they sit at 7-5 in league play. Coach Adam Sorgi said all they can do is wait and see if they can make the postseason.

The top two teams are guaranteed a spot in the CIF-SS playoffs.

“When you control your own destiny, this was an important game for us,” Sorgi said. “We went from competing for a league title to possibly even missing the playoffs.”

Prior to first pitch, Mission Viejo High School awarded him with a trophy celebrating his 400th win on Tuesday when the Diablos defeated Capo Valley, 9-4.

A big league upbringing
A South Coast pileup: Three teams crowd the top of the standings and it’s all up for grabs