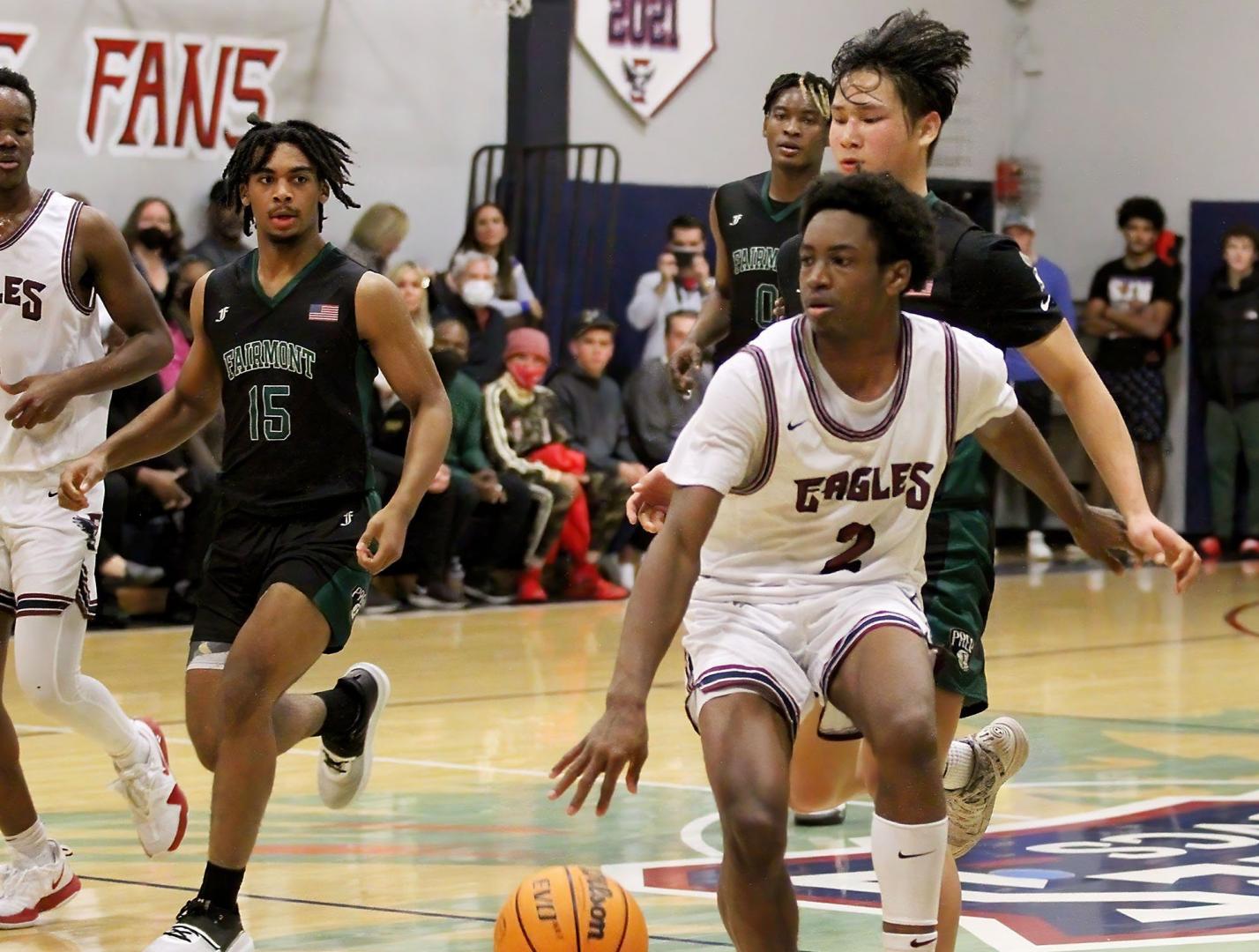 The Eagles came back and erased a 21-point deficit in the fourth quarter, only to lose to the Huskies at home, 72-67.

“We settled too much for outside shots,” Childress said.

Senior Mac West has led the Eagles for most of the season, averaging 21 points per game and kick started the offense to start the game.

Capo Valley Christian jumped out to a 12-5 lead early in the first quarter until Fairmont Prep woke up.

Back-to-back buckets by Collins Achaempong gave the Huskies the lead and another two quick scores by Col Deng solidified a 20-14 advantage heading into the second quarter.

The Eagles tried to chip into their deficit when junior Ariik Mawien added to the offense but Fairmont Prep went on another run led by Achaempong and Deng.

Senior Myles Che added a 3-pointer and the Huskies held onto a 40-29 halftime lead.

After the teams returned to the court, it didn’t take long for Fairmont Prep to continue its momentum.

Deng scored three straight shots inside and added a 3-pointer just before the end of the quarter.

He finished with a game-high 27 points and his team was holding a 61-40 lead.

But things would change in the fourth quarter.

Capo Valley Christian senior point guard Makaih Williams had scored no less than 20 points in a game since returning from his sit-out period and quickly sparked the Eagles in the fourth quarter.

He scored a basket and after some offense from West and a 3-pointer by junior Eli Arthurton, Capo Valley Christian’s deficit was turning manageable.

“We just sped up the offense having four guards out there and it worked out,” Childress said.

The Eagles clawed their way back to get within three points in the final minute after Mawien hit a 3-pointer but that was as close as they would get.

Despite Fairmont Prep missing some free throws down the stretch and two of their top scorers fouling out, Kenneth Bailey came away with a steal with 14 second left to seal the game.

“I”m pleased with the effort to fight back but we just can’t dog ourselves into a hole like that,” Childress said.

West led the Eagles with 24 points while Williams added 17 points and five assists.

Capo Valley Christian will return to its home court on Thursday when it faces off against cross-town rival St. Margaret’s.

The Eagles have not lost to the Tartans since 2016.