CVCS football comes together one last time, explains why it missed out on the playoffs

The Eagles finished with an 8-2 record this season 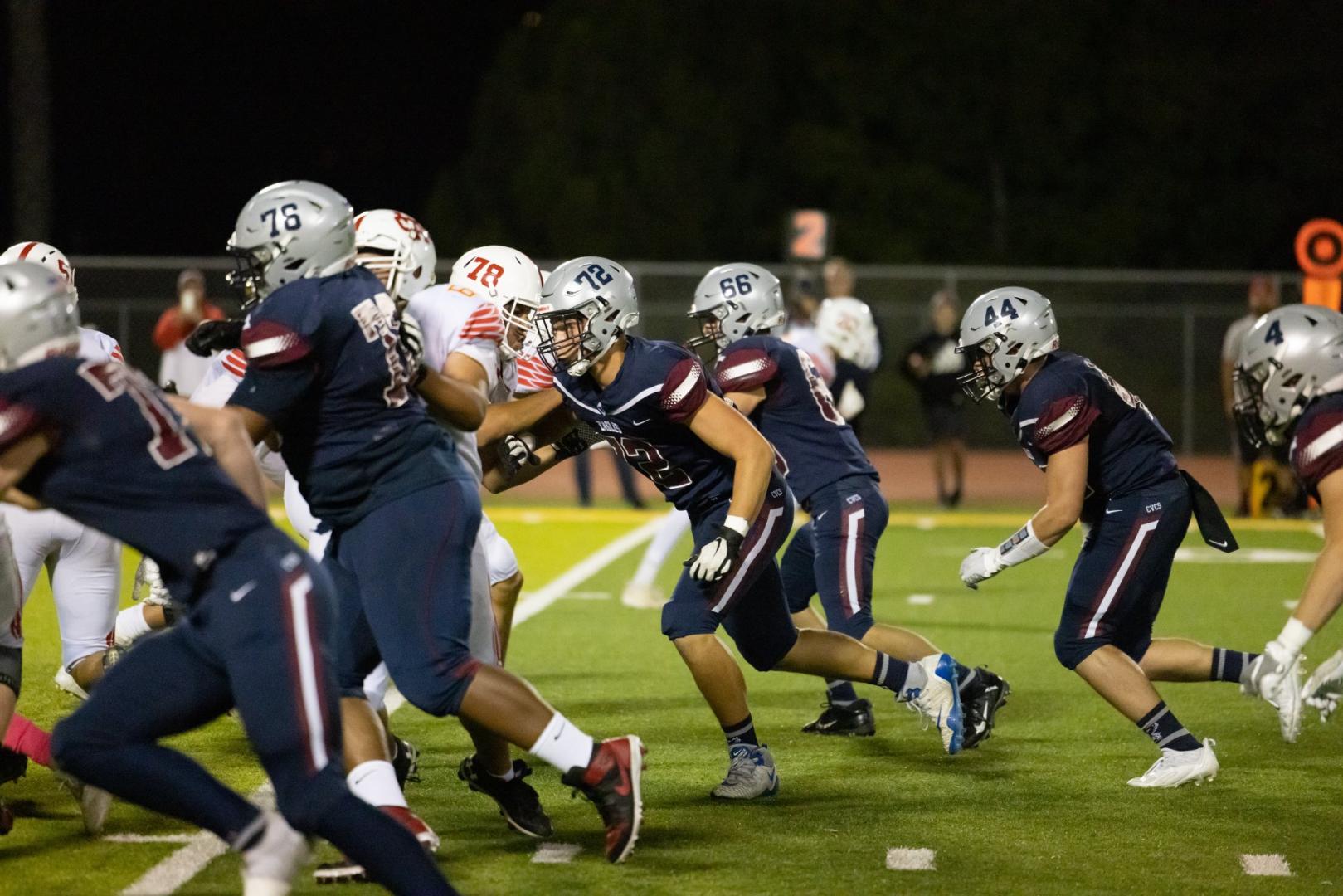 There was a somber feeling.

While 216 teams throughout the CIF-Southern Section were celebrating a playoff berth and their coach, Eric Preszler, slowly got up and spoke.

“It’s hard to look you in the eyes and tell you that you’ve done everything that that was asked of you but it still wasn’t enough to accomplish one of our goals,” Preszler said. “One of our goals was to make the playoffs this year and it’s hard to believe that didn’t happen.”

Capo Valley Christian finished the season with an 8-2 record.

So how exactly did this happen?

Calpreps.com created a power ratings system that was used to select teams in each of the 14 CIF-Southern Section divisions.

Instead of teams being selected to a specific division at the start of the year, teams had the chance to move up or down divisions based on their calpreps.com ratings and measure margin of victory. How many points one team is better than another. .

So how does this effect Capo Valley Christian?

The Eagles started with a ranking of -.37.8 but with after wins that were more than the margin of victory over such teams as Arrowhead Christian (-18.4), California Military Institute (-40.6), Desert Christian (-34.9), and Whittier Christian (-39.5), their ranking entering the selection process improved to -9.1.

Capo Valley Christian’s starting ranking would have placed them into Division 14 but its improvement throughout the season pushed them up into Division 12.

While most schools would have the chance to claim an automatic qualifier bid for finishing first in second in their league, the Eagles started the season without a league. They did play in the San Joaquin League with  Saddleback Valley Christian, but the school shut down and other teams such as Sage Hill and Fairmont Prep in Anaheim transitioned their programs down to 8-man football.

Capo Valley Christian was at the mercy of an at-large bid.

And its rating wasn’t high enough.

The Eagles were ranked 30th of out 39 teams eligible for a Division 12 at-large bid. Twelve automatic qualifiers were selected for finishing first and second in their respective leagues. Four at large bids were available.

“We just weren’t high enough to get out of those at large bids,” Preszler said.

“I believe if we lost another game we would have been a Division 13 team and gone to the playoffs,” Preszler said. “I was a whole gamut of emotions, sad, angry and disappointed. It’s an imperfect world that we live in but you have to be the best you can be in that world and play the cards you are dealt sometimes.

Preszler said toward the end of the season, he thought this could happen.

“Life isn’t fair,” Preszler said. “The sooner we learn that life is not fair and not about you the easier it will be to navigate through this world.”

To make sure this team’s disappointment doesn’t happen again  Preszler announced that the Eagles will be in a league next season. There were 24 teams in Southern California the size of Capo Valley Christian that will combine into six leagues. The Eagles will face Arrowhead Christian, Linfield Christian, Trinity Classical, Riverside Prep and Western Christian.

“That means we would have three automatic qualifiers next year,” Preszler said. “This team, especially the seniors, laid the foundation.

There were tears and hugs all around as Capo Valley Christian’s football team came together one last time.

“”Being a part of this team has been certainly special,’ senior running back Kaden Manrique said. “I know that we all feel like we still have things to prove. I wish the season ended differently but things are out of control.”

Capo Valley Christian finished with its best record since 2018. It will graduate four seniors this spring but will return its quarterback Nate Richie, running back Hayden Carlson and underclassmen receivers Max Krosky and JP Synnott next season.

“There’s a difference between winning and obtaining your goal and having competitive greatness,” Preszler said. “If our goal was just winning we lost on Sunday, but if our goal is to be the best possible version of ourselves to get better and better everyday. We certainly did that.”