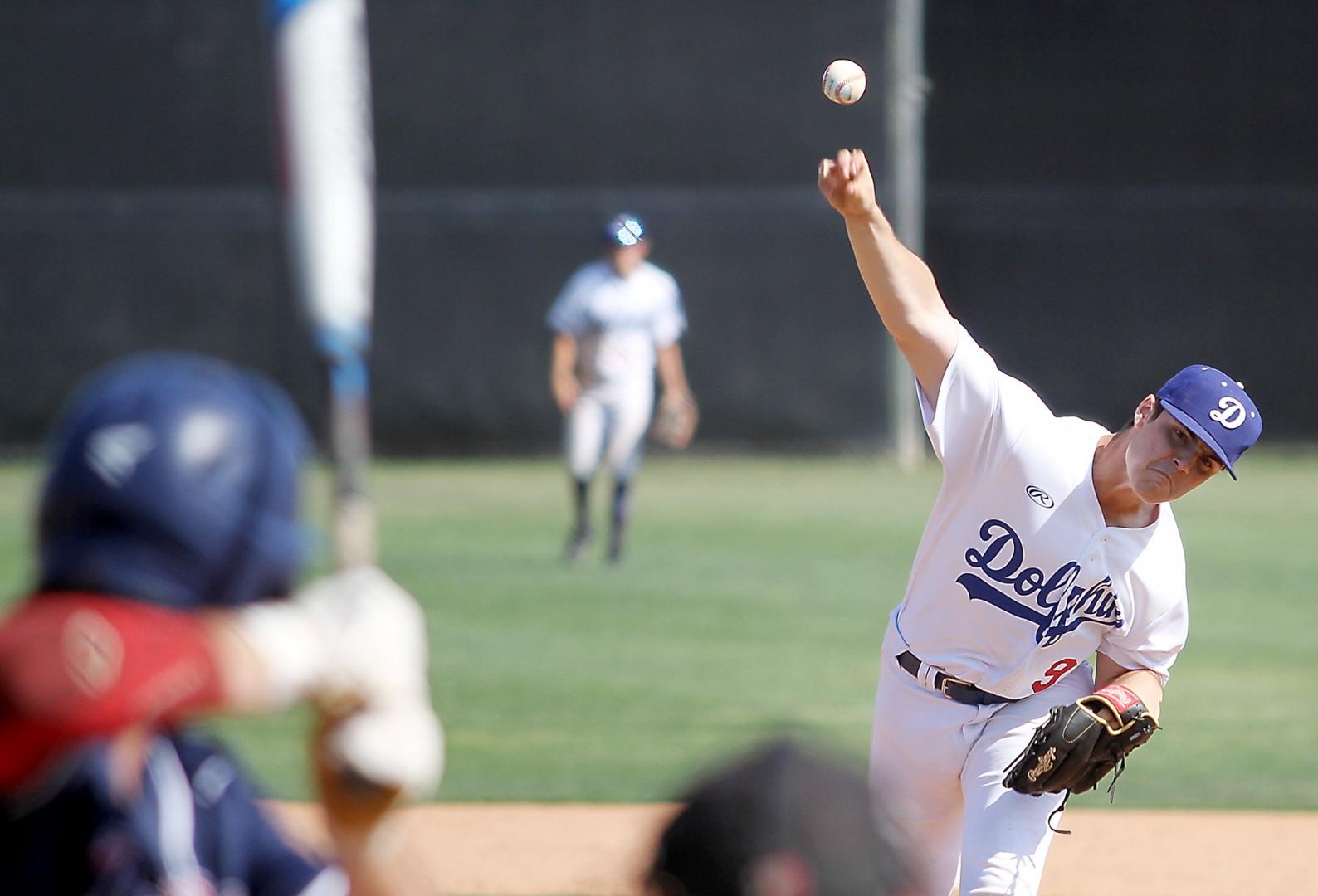 This season, they could be more important than ever.

The Dolphins stumbled into league play, losing the opening series with Capo Valley. The loss completed a stretch where they lost four of five games.

“We kind of feel like we have to win out if we are going to win league,” Faris said.

But Dana Hills quickly turned things around as it came off the heels of sweeping El Toro and continued its success with an 8-3 win over Tesoro on Tuesday afternoon.

The Dolphins didn’t waste any time controlling the game.

They sent nine men to the plate and scored four runs with RBI singles by seniors CJ Zwahlen and Kanoa Perman.

Perman has shown off his versatility this season by playing not only multiple outfield positions but also different styles of baseball whether it be laying down a bunt on the third base line or hitting a double in the gap.

“I strive to do whatever I can to contribute to this team, whether it is a single down the line or even getting hit by a pitch,” Perman said.

Dana Hills’ offense continued to give starting pitcher Kamden Cisneros fits as three more runs were scored in the bottom of the second inning. Perman brought home Sam Lund after being hit by a pitch and Grant Faris laced a 2-run single.

“He has such bad luck,” Tom Faris said laughing. “He hits the ball on the screws. His hit today was huge, and it was nice to see him hit the ball the other way.”

Tesoro tried to get its offense going in the third when catcher Carter Jorissen singled home two, but the Dolphins pitching staff shut them down when Justin Simard ground out.

Tesoro managed to load the bases in the sixth inning but sophomore Kade Murray danced through danger as he got Ryan Gow to pop out and then stuck out Zach Grudynski.

The Dolphins started Even Hollansworth but, because of the early lead, Tom Faris constructed a six-player pitching machine that also included AJ Newcomb, Kai Wright and Andrew Nesson.

“When we jumped up on them, I wanted to get some guys out there who haven’t pitched lately,’ Tom Faris said.

Dana Hills scored one final run in the bottom of the sixth to seal the victory.

The Dolphins and Titans are battling for the top spot in the South Coast League but, with just one more series left in the regular season, every win will be needed for a league title.

“”We are really going to have to bring our A-game,” Tom Faris said.

The two teams resume the series on Wednesday when they travel to Rancho Santa Margarita. The Titans have been extremely successful this season on their home diamond with nine wins. Their head coach Tony Nieto said it’s all about his team having pride.

“We love playing at home,” Nieto said. “Hopefully we can pull it out.”