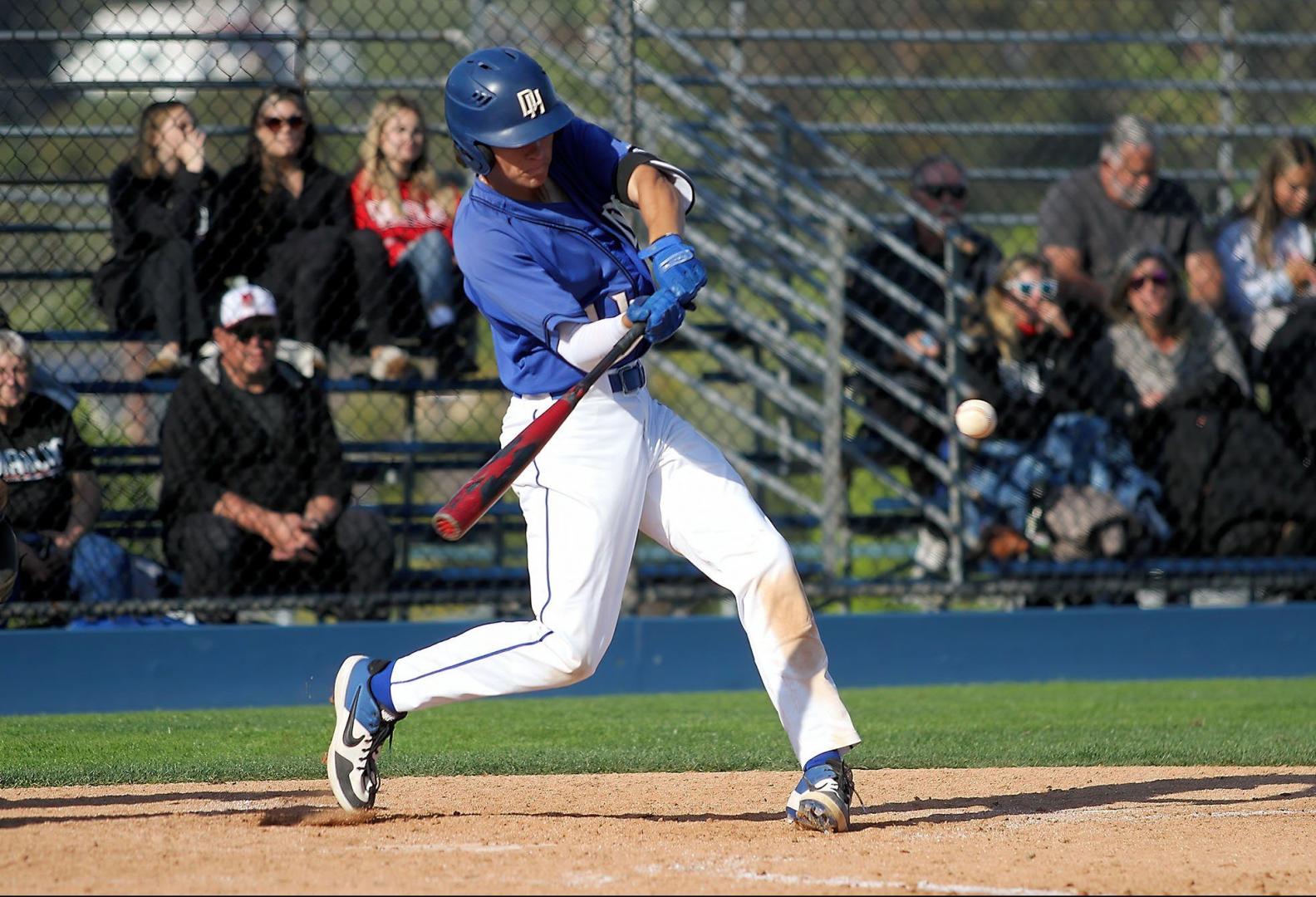 They battled to the end for a league title last season and it ended up resulting with a three-way tie with Capo Valley.

So on Friday at Dana Hills High School the two teams picked up right where they left off.

That was until the Dolphins broke the game wide open in the third inning and cruised to a 7-3 win.

“It’s a great way to start off league,” Dana Hills coach Tom Faris said. “It was good to have some quality at-bats especially how we have been playing.”

The Dolphins entered Tuesday afternoon struggling losing four of out of its last five games, but quickly found some momentum with four straight hits to take the lead.

After an RBI-ground out by Ryan Edwards, Dana Hills held a 2-0 advantage.

The Dolphins started the game struggling on the mound as senior starter Bo Kelly walked five batters over two innings and the Diablos took advantage.

“We’ve just had some back luck, but with a win like this, hopefully we can figure it out,” Faris said.

Kelly was relieved by junior Andrew Nesson in the third inning after throwing 60-plus pitches and the Dolphins finally found their stride.

Nesson sat down Mission Viejo in order after allowing a leadoff walk and the offense responded. Edwards doubled to left field and came around to score on Devon Rodgers’ suicide squeeze.

“Getting these bunts down is what we needed,” said senior outfielder Jack Moulin, who finished 2-for-3 with an RBI. “It forced (Mission Viejo) to make plays and it paid off because we got runs on the board.”

The Dolphins scored three runs in the third inning and added a fourth in the fourth inning when Grant Faris took Jake Troutman over the left field wall for his first home run of the year.

“We have been playing some close games and this win showed we can compete,” Moulin said. “These guys want to win and I think a win like this will create momentum.”

With a four-run lead and Nesson on the mound, the Dolphins were rolling,

He retired eight out of the next nine batters and over 4 1/3 innings, allowing just one hit, one walk and struck out four.

“He played varsity last year but he just didn’t pitch that many innings,” Tom Faris said of Nesson. “He has an active arm and active stuff, he just has to believe in it. Once he figures that piece out, we will utilize him a lot.”

Zach Leite came in and worked the final two outs to seal the win.

Dana Hills isn’t the only team looking for a spark. Mission Viejo has now lost three in a row but coach Daniel Holley knows there is plenty of time to turn it around.

“This game told me that we are going to be in a battle every single game, but I like that,” Holley said. “This one didn’t go our way but hopefully tomorrow will.”

The two teams meet again, this time in Mission Viejo. The season series will conclude on Friday back in Dana Point.