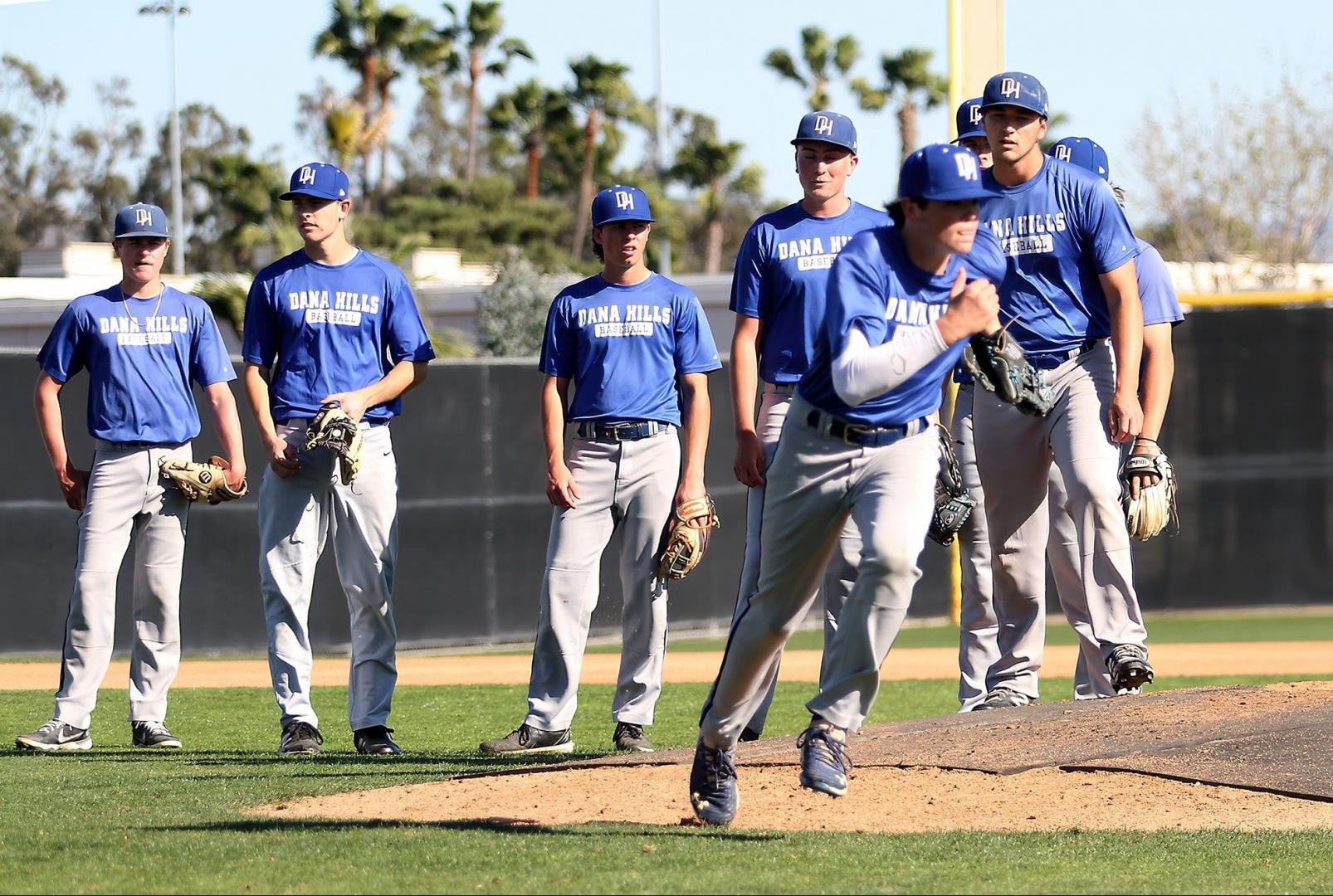 Dana Hills baseball will lean on pitching, the rest is ‘up in the air’

The three-armed monster of juniors Bo Kelly, Grant Faris and Evin Hollansworth ate up more than half of the Dolphins’ total innings last year.

So it makes sense, coach Tom Faris will lean on its pitching staff once again.

“To have those three and their varsity experience is awesome,” Tom Faris said. “They are going to be one of the key components this season.”

While the Dolphins lost in the first round of the CIF-Southern Section Division I playoffs last season to Arcadia, the pitching staff only graduated one player in AJ Newcomb who pitched more than 10 innings.

Dana Hills will also feature is junior Andrew Nesson who made 12 relief appearances and Chase Rodgers that his coach said can be very deceptive on the mound.

“We learned that (this pitching staff) is strong but we have to stay competitive in every inning,” said Grant Faris, who recently committed to Washington State. “We have to keep throwing strikes and being aggressive.”

While the pitching staff has showed to be consistent, the Dolphins still have questions on where the offense will come from.

Moore swung the bat in every game as a junior and finished second on the team in home runs, but he knows that it might take perfecting the little things.

“We know how to bunt, we know how to steal, but we can also line it in the gaps,” Moore said. “We should be good.”

Other bats the Dolphins will feature is seniors Zack Leite, Jack Moulin and junior Kade Murray who can all play multiple positions.

“We have a bunch of players who haven’t had a bunch of varsity hitting experience with the exception of a few,” Tom Faris said. “It’ll be interesting to see how we come together.”

Dana Hills raised a new South Coast League championship banner during the offseason but no one would be surprised if the title came down to the last series. Last year Dana finished in a three-way tie with Capo Valley and Mission Viejo.

”The South Coast League is always a blood bath,” Tom Faris said with a smile. “I think about all the games we have either won or last and it’s usually my one or two runs. It’s really competitive.”

Dana Hills starts its season at home against Cypress on Saturday and will face a challenging Division I non-league schedule to prepare for the postseason.

South Coast League play will start at the end of the March, but the Dolphins are confident they can finish on top once again.

This team is scrappy but we have good chemistry,” Moore said. “We know how to win games and it’s going to take all the little things done right to be successful.”