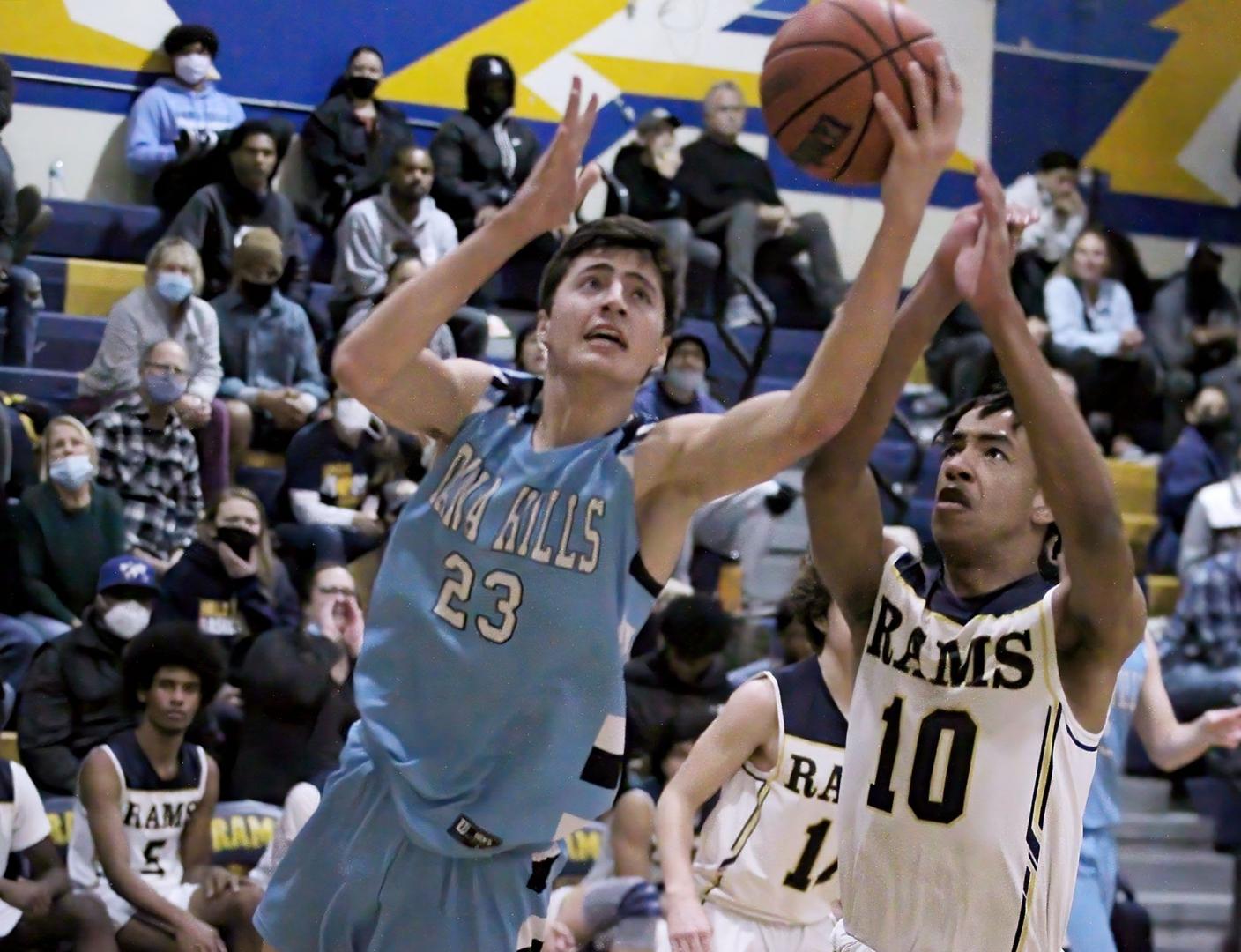 Haugh wasn’t the only one. Everyone wearing the combination of blue, white, silver and black was celebrating a Dana Hills boys basketball win over Millikan. The scoreboard read, 61-56.

“Credit to these kids. I’m just so proud of them to stick with it and accomplish this,” said Dana Hills coach Tom Desiano, who is in his 19th season. “We told them they were going to face adversity and they responded.”

The Dolphins found their rhythm pretty shortly after tipoff.

The Rams answered led by senior Kamaury Washington but Dana Hills held its ground and held a slim 12-10 lead after the first quarter.

As the first half continued, so did Haugh’s scoring production.

He and his younger brother, Collin Haugh, hit back to back 3-pointers and after Griffin hit two more outside shots just minutes before halftime, the Dolphins pushed their lead to as many as 17 points at one point.

Afterwards, Dana Hills would take their 39-23 advantage into halftime.

Haugh finished the half scoring 20 of his 25 points that included five 3-pointers, but Desiano said that was just another day for his senior scorer.

“He’s our leader and the guy that makes us go,” Desiano said of Griffin Haugh. “When he gets going we are tough to beat.”

Millikan entered the second half starting to mount a comeback and Dana Hills watched its comfortable double-digit lead begin to shrink.

The Rams chopped down their deficit to as little as three points when they finished a 15-2 run.

Dana Hills was held to just 10 points in the third quarter and knew a change was needed, so its coach pulled out something new.

In the fourth quarter,, Dana Hills casually moved to a modified 2-3 zone defense.

“II kept that one in my back pocket because I knew we were probably going to need it. We just put it in,” Desiano said. “(Millikan) was getting to the basket too easy.”

The Rams run stalled and the Dolphins began to capitalize.

It even used almost a minute of clock in the final 1:35 after Griffin Haugh came away with an offensive rebound on a missed 3-point attempt.

The Rams scrambled but could only score with about nine seconds left.

“This (win) showed residency,” Desiano said. “We showed confidence in ourselves and we just held steady. At the end of today, we did just enough to get out with a win.”

While the Dolphins know they have already made school history, they know their season isn’t done.

Dana Hills will now take the long drive up to Santa Barbara to face Bishop Diego on Friday.

But the players all agree there is only one way to finish the tournament.