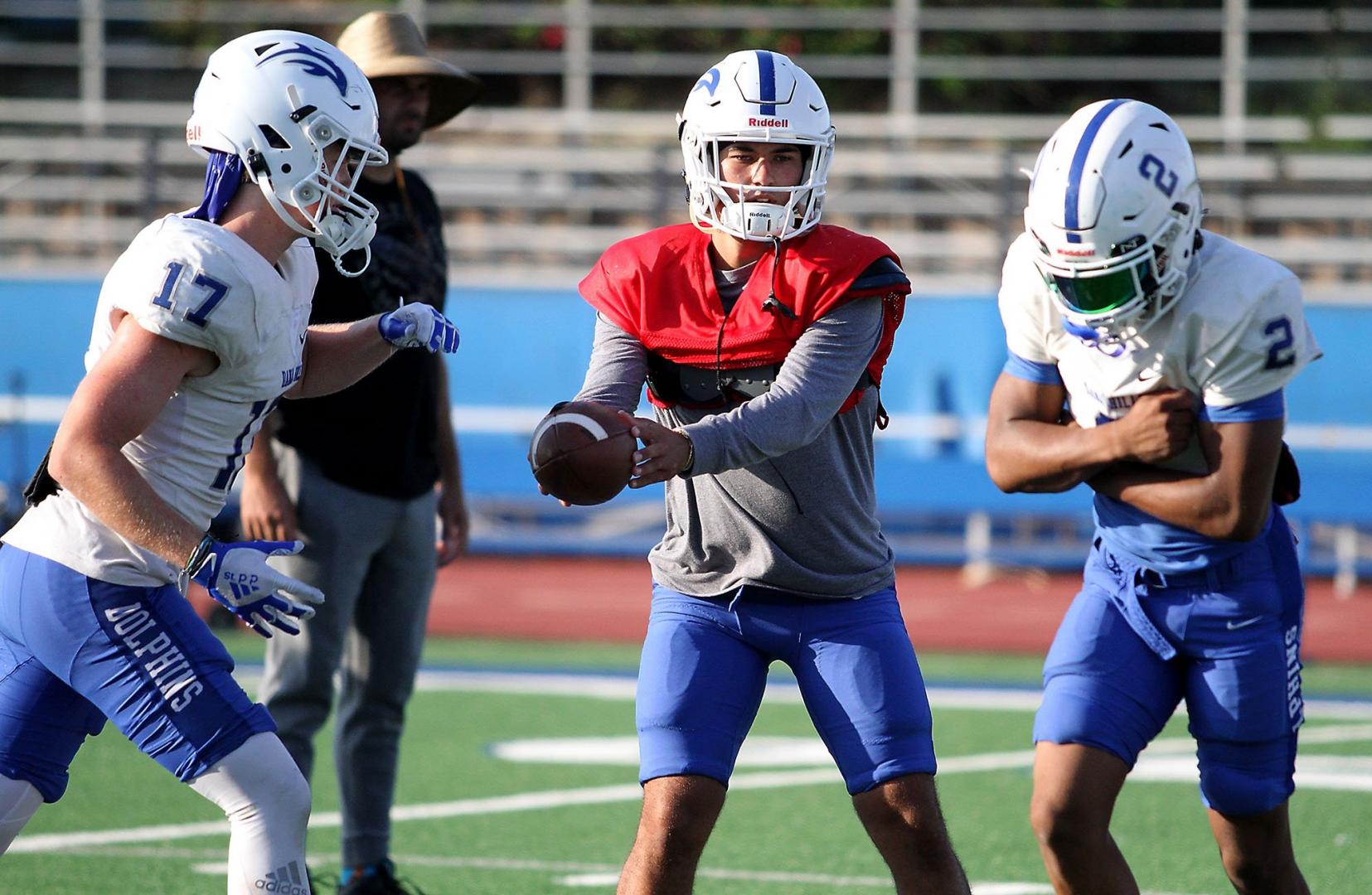 DANA POINT — If you walk out onto Dana Hills’ football field, you will see the practice move a bit quicker.

After all, he is pretty familiar with that style.

Before Henney was hired to take over for Phil Skinner, who stepped away to spend more time with family in late May, he spent the last year-and-a-half coaching at NCAA Division I FCS Cal Poly.

And the players are loving it.

“It’s a lot more organized and we get a lot more things done,” senior quarterback Bo Kelly said. “Organization is the key if a program is going to run well. You go to any of these big time schools around us and their practices are run fast and it brings some energy out, which is good.”

Henney not only wants to bring a college-like atmosphere to the Dana Hills football program, but his coaching philosophy is built around a hard work ethic.

“I want to be a team that plays with high energy, that is disciplined and loves the game,” Henney said. “The fans are going to see an uptempo offense that can hopefully strike fast and has an attitude with it.”

The Dolphins are coming off one of their best seasons in school history with a 4-2 record.

Kelly started every game and threw for 1,333 yards, 15 touchdowns and just two interceptions.

But a devastating 29-26 overtime loss to Portola shattered an opportunity for the program’s first-ever outright league title.

“You’d love to flush it just because you want to move on, but you don’t ever forget it,” Kelly said. “We know we should have easily won the league title outright. It’s always in the back of your head, creating a chip on your shoulder.

“We have a lot of returners and we know what we need to do.”

Along with Kelly, the Dolphins feature an offense that includes Mission Viejo transfer wide receiver Omar Black, who finished with 7 touchdown receptions.

“Christian has come a long way, and we think he can be one of the best backs in the area,” Henney said. “He has the speed and he has the size.”

Other key players include senior kicker Kian Afrookhteh and a pair of wide receivers in James Allemann and Owen Chambers.

Chambers transferred in from JSerra Catholic this past summer.

“We have a lot to do and we have a long way to go,” Henney said. “There are a lot things to correct and fix but I think that’s normal going into any season.”