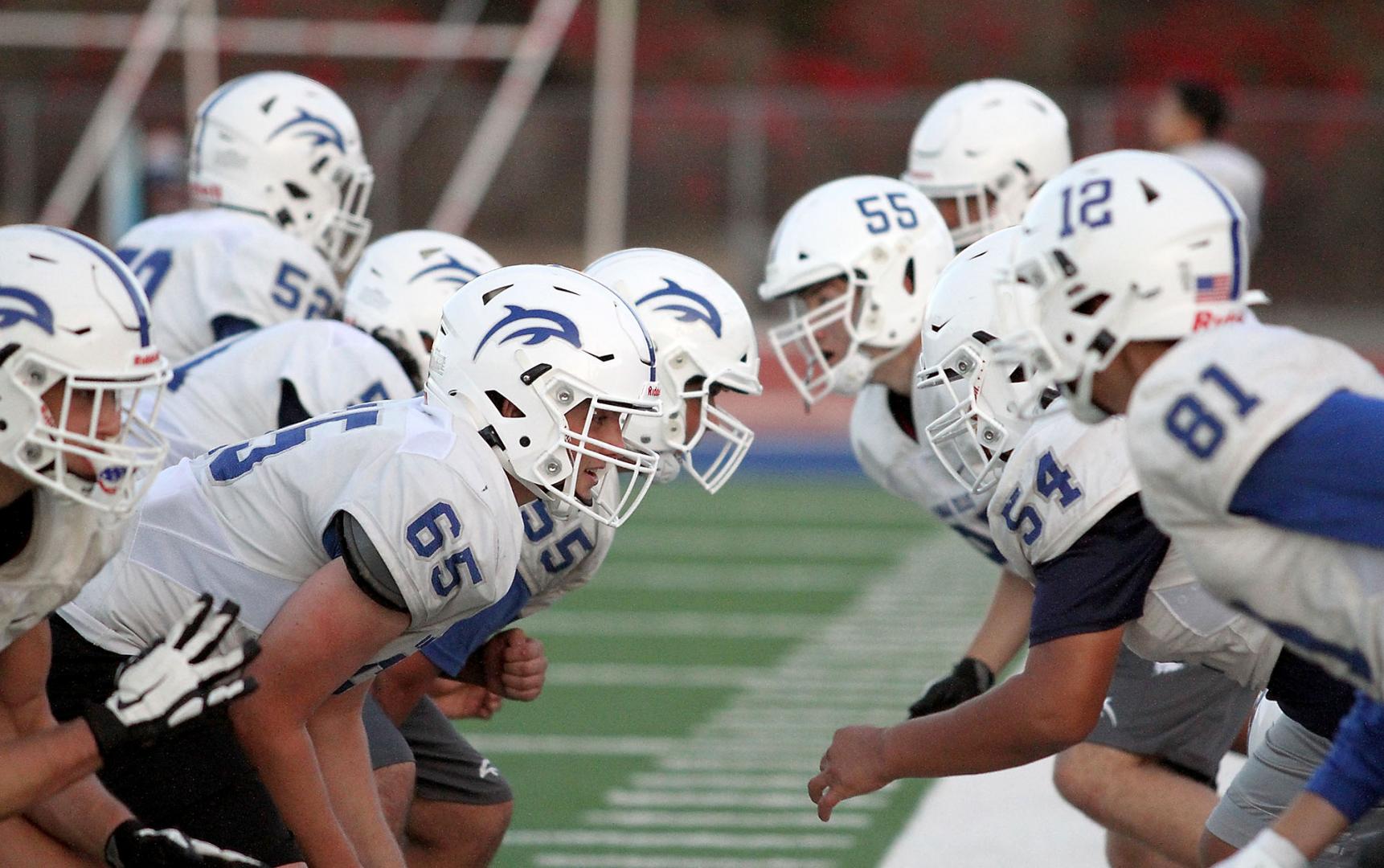 Members of the Dana Hills defense work on a drill with the offensive line during a high school football practice, Oct. 26, 2021. Dana HIlls will need to defeat Portola on Friday if it wants to get into the CIF-Southern Section playoffs. (Ryan Kuhn, SOCoPrepSports.com)

DANA POINT — It’s been some time since a Dana Hills football team made the playoffs.

Quarterback Bo Kelly was sitting in his fourth grade class.

Fast forward to this week, Kelly and his teammates walk down to Spencer Stadium to get ready for their final regular season game.

They all know what exactly is at stake.

A win against Portola will send them into the CIF-Southern Section playoffs.

The first in eight years.

“When we were freshmen, our varsity team was 1-9,” Kelly said. “Our whole goal since we have been here has been to make playoffs.”

Dana Hills has consistently put up gaudy numbers on offense.

This past Friday was no exception.

But as impressive as the win and offense was, the defense also made a much-needed statement.

Dana Hills has struggled defending the run in their two losses this season.

Trabuco Hills running back Drew Barrett ran for a career high 332 yards against the Dolphins back on Sept 3.

But the defense allowed less than 80 rushing yards against Laguna Hills. The Hawks came in averaging 171.5 rushing yards per game.

“We played better,” Dolphins coach Tony Henney said of his team’s defense. “We still have a lot of things to get better at in not a lot of time to do it.”

Dana Hills will travel to Portola this week, who led by senior running back Nova Kebeli.

Not only does Kebeli lead all of Orange County in rushing with 1,529 yards and 18 touchdowns, but played in just one game over the last two seasons where he did not run more than 100 yards.

That game was two weeks ago against Laguna Hills.

This isn’t the first time they have seen Kebeli.

He rushed for 124 yards against the Dolphins this past spring in a game that is still on everyone’s minds.

“I’m a little bitter because of how that game ended last year, but I’m also excited,” Kelly said. “They are a great team.

This game could be their last shot at playoffs.

Now, they want to make the most of it.

“Obvously there is some pressure but we have always trusted what we are doing and how hard we have worked,” Kelly said. “Now we just have to go out there and have fun.”