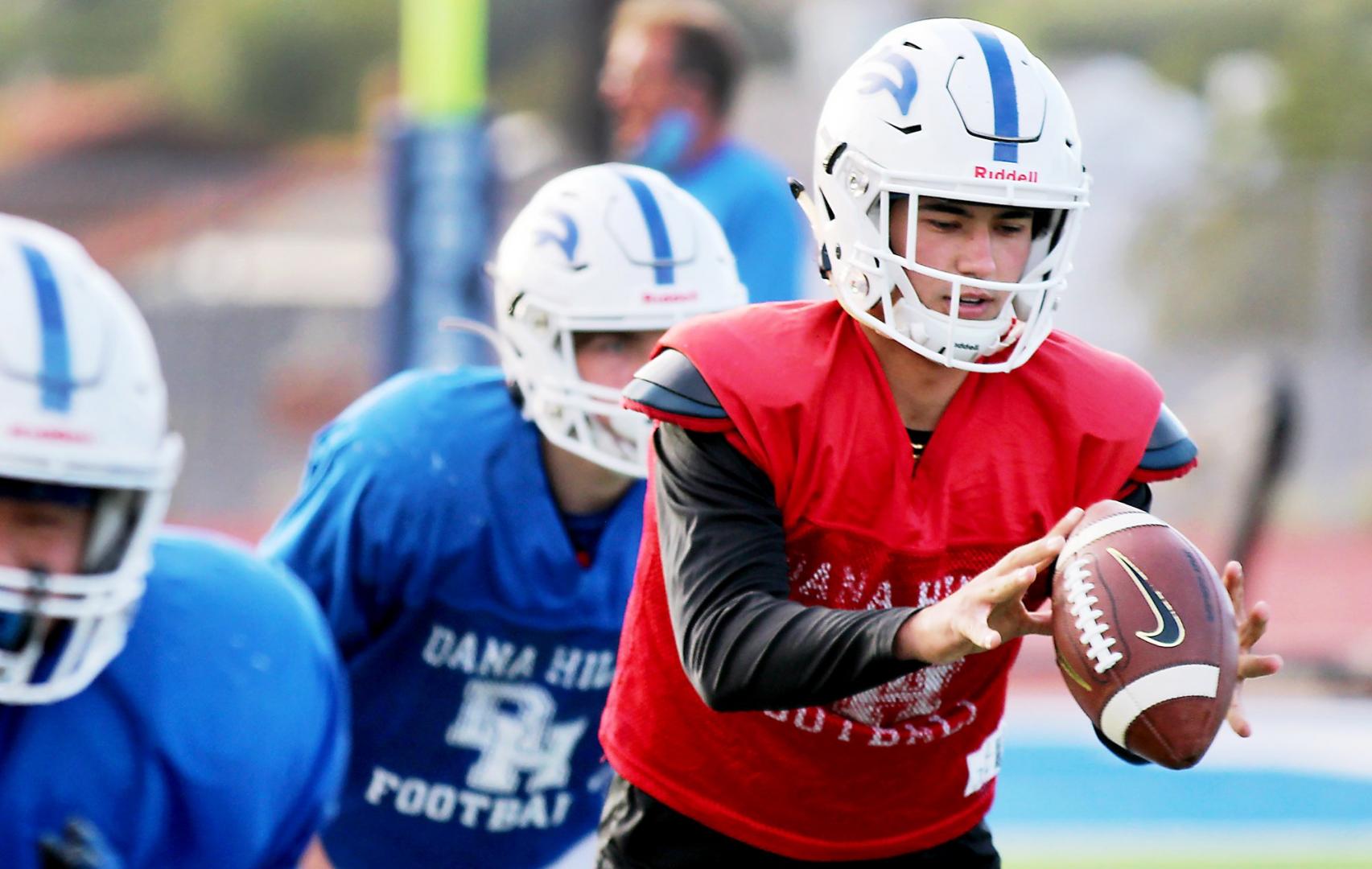 DANA POINT — Dana Hills football coach Curtis Madden walked into the gymnasium for a basketball game last year and looked up in the rafters.

He saw multiple league championship banners awarded to tennis and cross-country, among others.

Then he saw the lone football championship the Dolphins won in 2012. They shared the league title with Capo Valley and Laguna Hills, all three teams finishing 3-1.

“It pissed me off because we were always winning something when I was coaching at Mission,” Madden said. “I knew I had to work harder.”

Fast forward one year to Dana Hills practicing just days before its final home game of the season.

The Dolphins have won their first three games of this unusual pandemic season, and, as he gathers his team at midfield, Madden points out to his team that an opportunity has presented itself to them.

“Dana Hills has never won an outright league championship,” Madden told his players, “You have an opportunity to make history.”

Dana Hills’ path to a league championship became a little more simplified after Northwood announced on Monday that it would cancel the rest of its season due to injuries affecting the team’s roster.

Without Northwood in the picture, the other Pacific Hills League members – Dana Hills, Portola, and Laguna Hills – all gained a win.

The Dolphins defeated Laguna Hills last week 32-24 to put Dana Hills at 2-0 in league. Portola hasn’t officially played a Pacific Hills League game yet but sits 1-0 after its automatic win over Northwood.

As such, a win by the Dolphins against Portola on Friday would have them finish the season with three wins in the Pacific Hills League.

“I want to put that in front of them because this is an opportunity for this program to get positive exposure,” Madden said.

Dolphins’ quarterback Bo Kelly is playing his second season on varsity and knows Dana Hills hasn’t been perceived as a football school.

“It’s been for good reason. Our record hasn’t really reflected on what it should be,” Kelly said. “But, with these seniors and the addition of Coach Madden, the energy has started to change. I think now it’s a completely different outlook.”

Since the 2005 season, Dana Hills football has compiled 62 wins, or just 36 percent of its games, but Madden likes the challenge of turning a program around.

“It’s the whole reason I came to Dana,” Madden said. “All of my coaching friends kept asking me, ‘Why would you go to Dana? (A league championship) is not possible.’

“The best way to make me do something is to tell me not to do it or that I can’t do it. My whole life has been a challenge like that. My parents taught me luck is when an opportunity meets hard work. The harder I work, the luckier I get.”

Madden and the coaching staff’s hard work ethic has lit a fire under the Dolphins’ players, but they know Portola will be a challenge.

Junior running back Nova Kebeli is averaging 126 yards on the ground with five touchdown score.

But Madden said the game against Laguna Hills gave his team confidence after slaying some past demons from 2019 when the Hawks came to Dolphin Stadium in 2019 and won in overtime.

“Anytime you finish a game like that it haunts you,” Madden said. “We had to overcome some ghosts of our past. We were faced with some adversity and it was really great to see the kids rise to the occasion.”

Kelly threw a pair of touchdown passes in the win over Laguna Hills. Even though he will play next season, he knows this is the final chance for his senior teammates like Will Craven, Seth Lyon and Noah Simpson.

“The culture has been changed, but it won’t be a permanent change until we defeat Portola,” Kelly said. “You always want something down in the record books. Look at last year, we were 6-0 heading into league and we didn’t win a league game.

“That league banner will be our statement.” 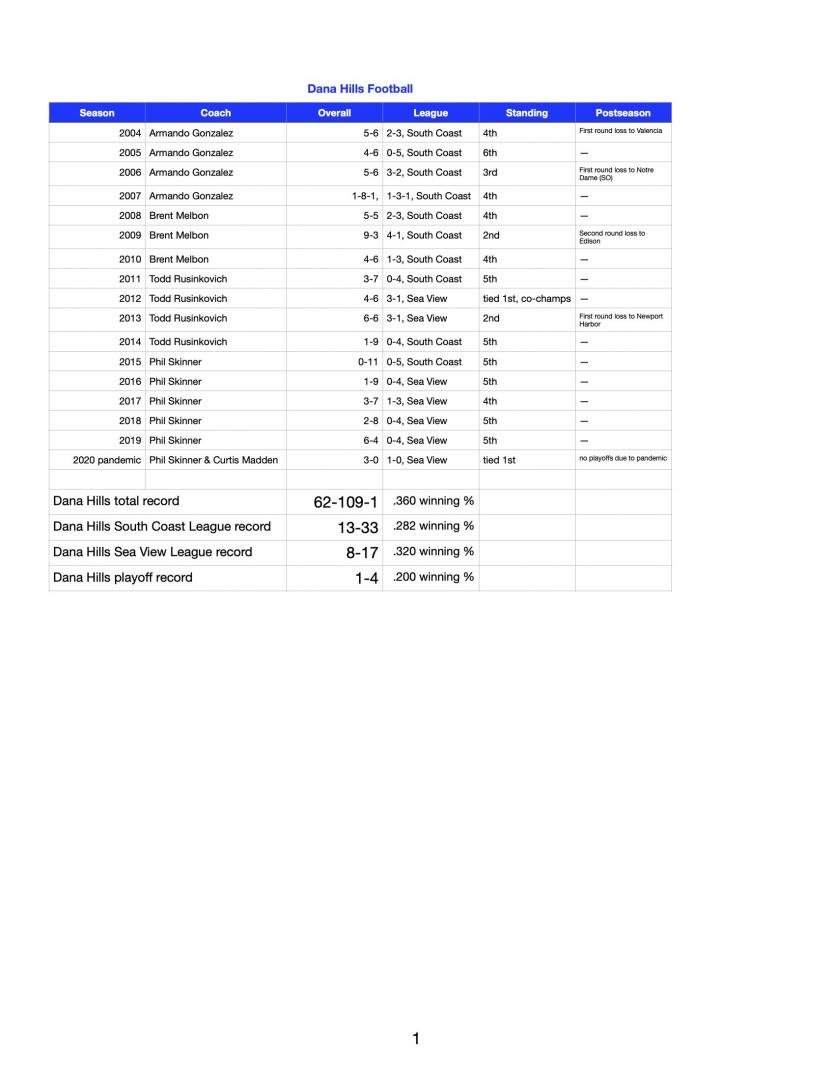