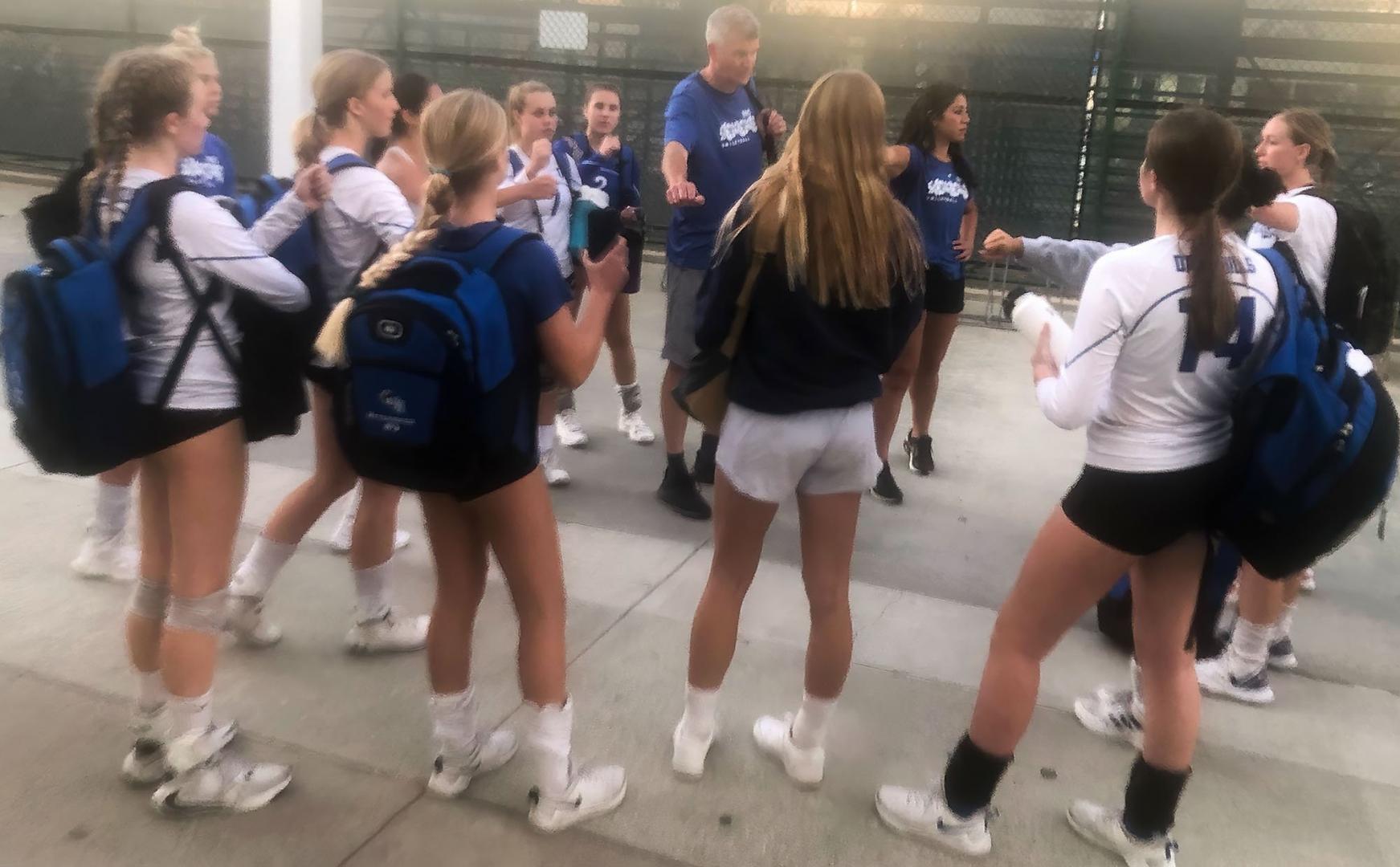 This article is complementary. For more great content sign up for a SOCoPrepSports Premium membership for either $7/mo or $60/yr

“Battling, fighting and trying to play aggressively. I think we got into that mindset as the match went on,”  Dolphins coach Tom Hoff said. “[Corona del Mar’s] a good team with good ball control, good serving and having a couple good hitters.”

The first set saw both teams go back and forth early on. Dana Hills found itself ahead 14-10 following an ace from Ava Hoff, but the Sea Kings rattled off the next five point to put themselves up 15-14.

The two teams never let the other pull away. With Corona del Mar up 23-22 following a time out from the Dolphins, the Sea Kings took the second set from back-to-back kills from Reese Olson.

After a lopsided set two, which saw the Corona del Mar take it 25-11, set three went a lot smoother for Dana Hills, as it jumped out to a 14-6 lead early on. Despite the Sea Kings cutting the lead in half, the Dolphins made sure to extend the match as Taylor Nemeth’s kill from the right side gave them the set, 25-21.

Both teams in set four were neck-and-neck as neither team couldn’t pull away from one another. Dana Hills earned a 21-19 lead after trailing 19-17, but Corona del Mar tied it up with a pair of well-timed kills.

The Sea Kings had match point after breaking a 23-23 tie with a kill from the left side, but the Dolphins won the next two points to go up 25-24 and force the home team to call time out. On the next point, Reese Weinert and Kayli Wallin teamed up for a block to give the Dolphins the set and force a fifth set.

The fifth set was tightest set of the any of them, as the biggest lead of the set was just two points. The Sea Kings led 7-5, but the Dolphins tied it up, and from there, both teams traded points.

With the score tied at 13-13 due to some strong kills in the middle from Weinert, a service error from Corona del Mar gave Dana Hills match point at 14-13, but the Sea Kings stayed alive as they dodged that match point and a match point at 15-14.

The Sea Kings had their first match point at 16-15, which prompted a time out from the visitors. Despite dodging one match point, the Dolphins were unable to dodge the second, as a hitting error gave the Sea Kings the set 18-16 and the match.

“That’s going to be one of the characteristics of our team, not one person is going to carry,” Hoff said. “Nice balanced game, that’s how we’re going to win. We don’t have any one hitter that’s overpowering.”

Corona del Mar, which also ran a 6-2 offense, was led by Reiley Murphy with 17 kills while Paige Carillo added 10 kills. Olson had a triple double for the Sea Kings with 12 kills, 22 assists and 10 digs.

Dana Hills is back in action tonight on the road against Mission Viejo at 6 p.m.