Eagles outscore the Tartans 42-10 in the second half 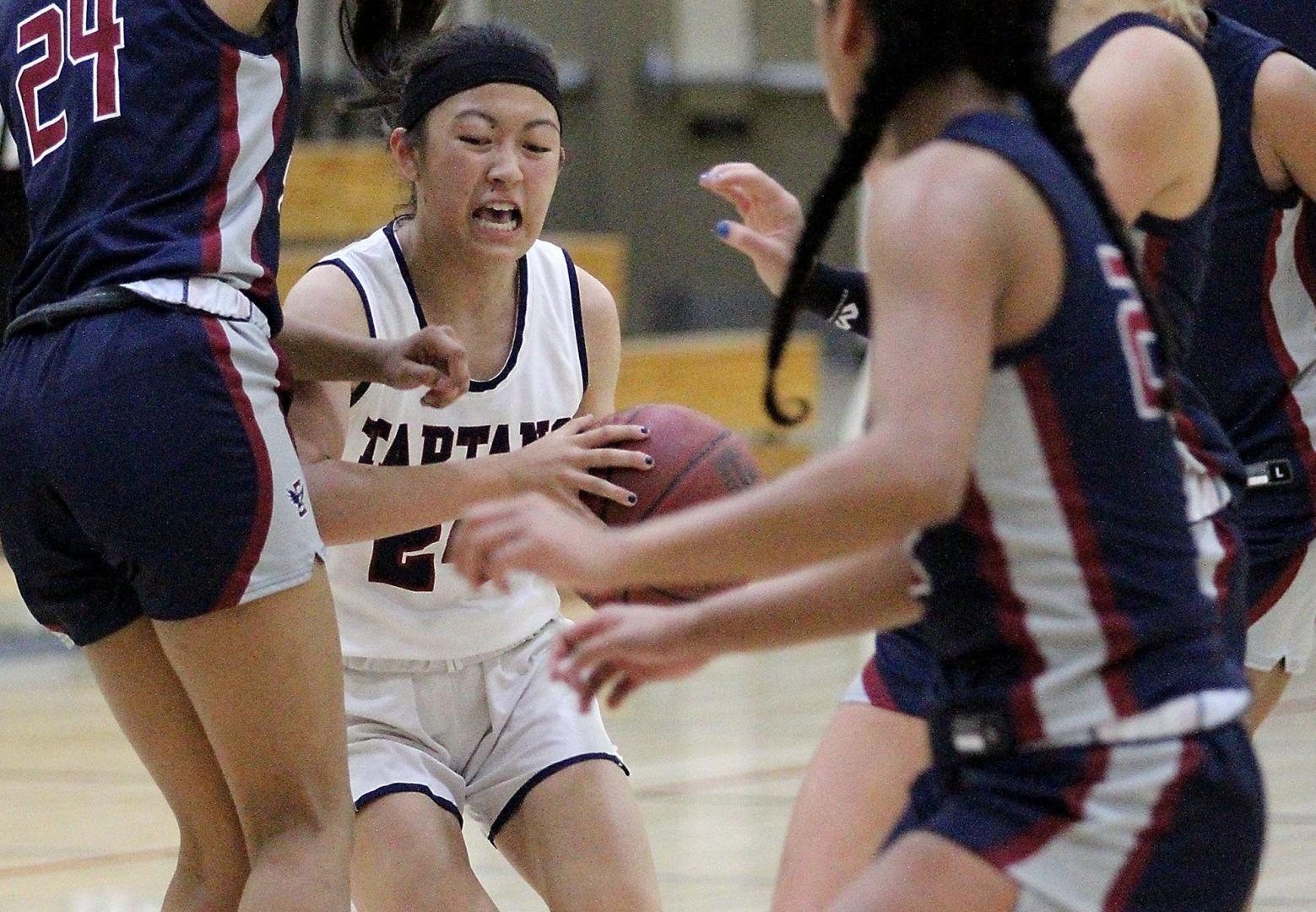 “Our defense is going to lead us to a lot of things,” he said.

Freeman watched as his team outscore St. Margaret’s 28-6 in the third quarter.

“Our offense will come and go but our defense needs to stay consistent,” Freeman said. “We didn’t shoot very well (tonight) so we knew we needed to hang our hat on our defense.”

Before the Eagles’ defense made its statement against their cross-town rival, the offense took the reins to start the game.

But soon after, the Eagles’ offense disappeared. They couldn’t buy a basket.

St. Margaret’s took advantage as junior point guard Kaitlin Tam scored a couple of shots and freshman Harper Gideons followed them up with a 3-pointer from the top of the key.

Capo Valley Christian pushed its lead as high as 13 points, but the Tartans put together a 12-0 run.

Senior forward Mandy Taylor scored a couple baskets in the paint and with the help of Gideons and senior Mary Smith, St. Margaret’s was looking at a manageable 26-24 deficit at halftime.

The Eagles couldn’t believe what was happening.

“We just had to keep shooting,” Sii said. “You can’t worry about your previous shot. Eventually you will hit one.”

Capo Valley Christian was coming off of a 72-point loss  in their last game to No. 1 ranked Mater Dei.

It was one of the largest losses the Eagles have suffered in the last five years but Freeman said he felt the loss gave his players fuel and motivation.

And in the second half, Capo Valley Christian’s fuel was burning brightly.

Freeman implemented a simple 2-2-1 press that just stifled the Tartans.

“We reflected back to that game and it reminded the girls of the presence Mater Dei gave them defensively,” Freeman said. “We showed that in the second half.”

The Eagles started the half on an 8-0 run that forced St. Margaret’s coach Josh Markum to take a timeout. The run increased to 16-0 and the Tartans were forced to take another time out.

Finally Sophia Gazzaniga scored in the paint to stop the run, but the momentum was clearly on Capo Valley Christian’s side.

Sii added a 3-pointer followed by a second by freshman Cayla Mercadel.

“Our defensive pressure is just so good,” Sii said. “We can read where the passes are going and we all know where to trap and contain. It’s just the basketball IQ we all have.”

Sii, who will be playing for NAIA Vanguard University next year, finished the game with 21 points.

She sat out last year after transferring from Chino Hills, but this year wants to prove herself with her new team.

In the fourth quarter, Sii sat back and watched the bench get involved as sophomores Jesse Johnston and Macy Manrique also added some offense.

Capo Valley Christian’s win is only the third in two seasons against St. Margaret’s that previously snapped an 11-game losing streak that dated back to 2008.

That’s not to say the Eagles have not seen recent success. Just last spring they made it to the semifinals of the CIF-Southern Section Division 5A Tournament before losing to eventual champion Louisville.

With plenty of basketball ahead of them, Freeman knows the potential his girls can have.

“That was a special year,” Freeman said. “We are still rebuilding the program but I can see us doing some nice things on the court.”