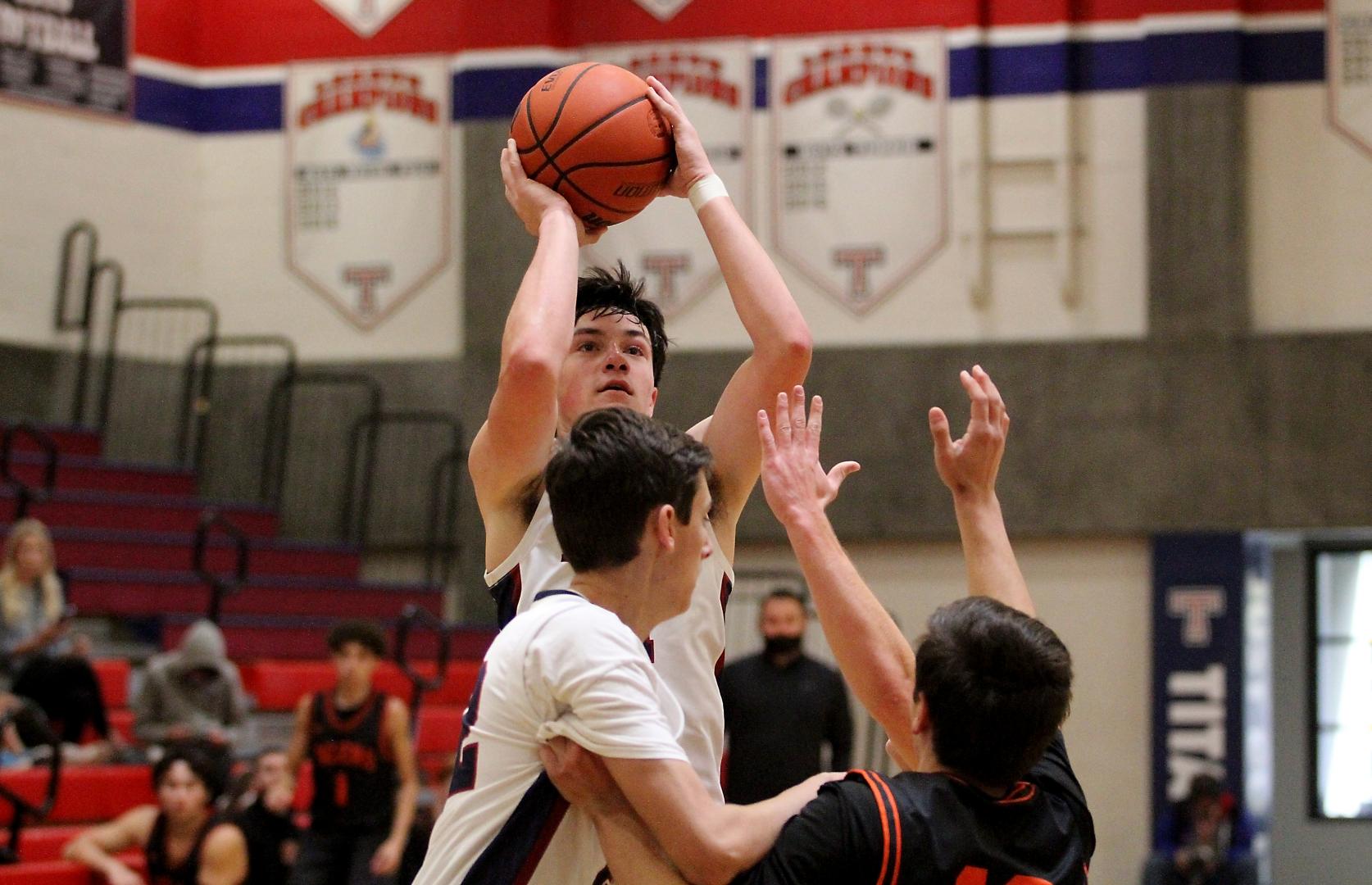 After Dana HIlls had a player test positive for COVID-19, officials at the North/South Challenge at Tesoro High School asked if St. Margaret’s could fill in.

“I woke up at 9:30 a.m. and saw the text from my coach,” Tartans’ senior guard Dylan Cormac said. “Once we got on the court, the mentality was just another game.”

“That was a blind of a game as I have ever played in the regular season,” Tartans coach Chris Nordstrom said laughing. “Usually I get to look up a roster at least.”

But St. Margaret’s unfamiliarity with the Oilers didn’t seem to matter.

Cormac started the game with three 3-pointers as the Tartans jumped out to a 15-5 lead in the first quarter.

“seeing that first shot go in really boosts my confidence,” Cormac said. “After that you feel good.”

Cormac finished the game with 26 points including four 3-pointers but Huntington Beach didn’t let up.

The Oilers went on a 9-0 run until the Tartans’ senior forward Cody Kim scored inside.

A once double digit lead was just a 27-24 lead at halftime.

“We really needed this game,” Nordstrom said. “We just needed to adjust especially not having time to prepare.”

Huntington Bech stayed with St. Margaret’s throughout the second half.

While Cormac was still making shots, he also had some help in the backcourt from sophomore Russell Frye.

He converted a 3-point play for the Tartans to go ahead 40-36 and added another bucket to extend the lead just before the end of the third quarter.

Huntington Beach made one final run scoring nine consecutive points and came within two points with about four minutes left, but Cormac shifted the tide. He hit a 3-pointer from the top of the key and scored two layups in the lane to claim the win.

“Dylan has just been phenomenal for us,” Nordstrom said. “He has just worked to get better. He is in the gym every day and does everything he can to improve.”

“It was a little weird but we were just playing free,” Cormac said. “We really play together.”