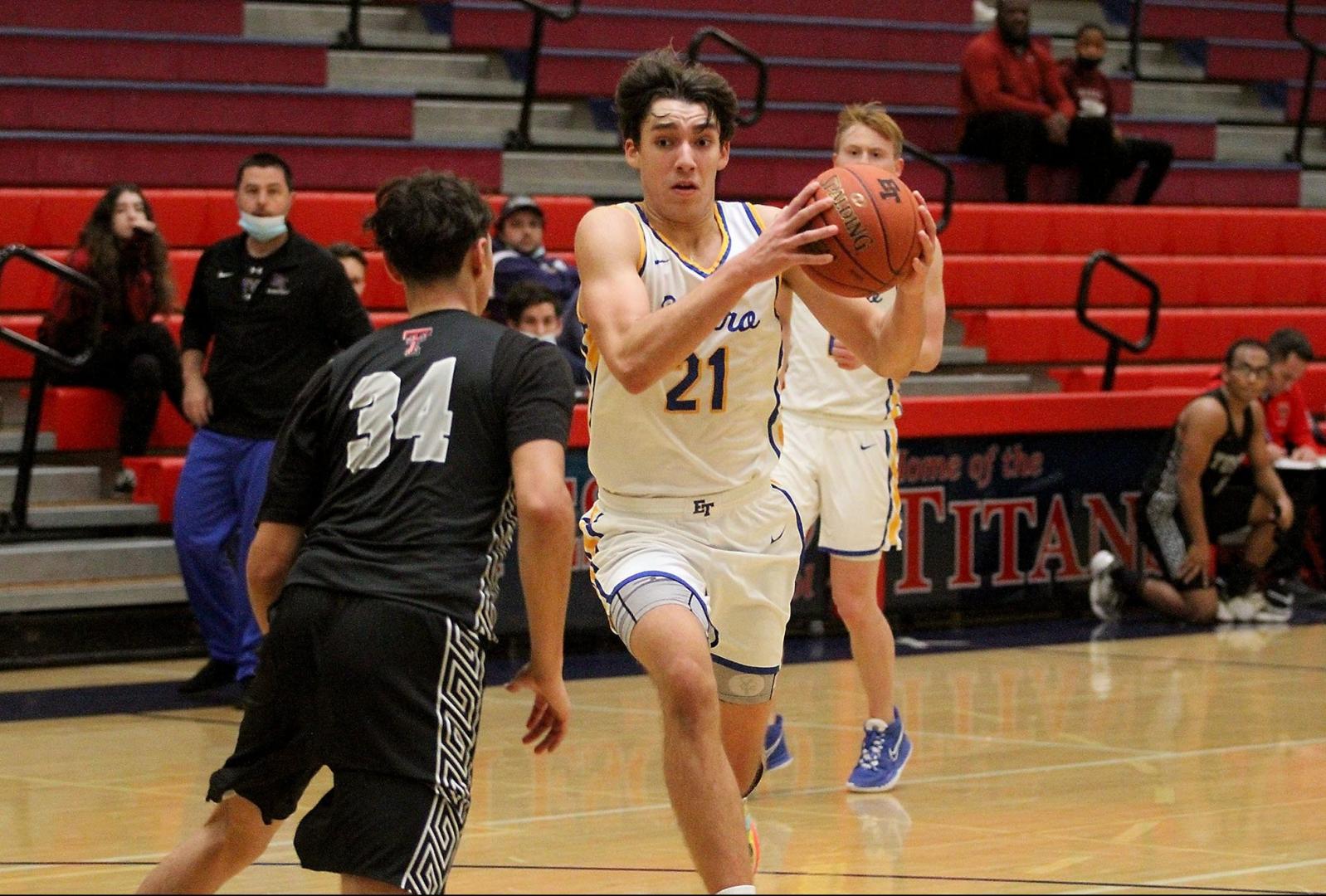 RANCHO SANTA MARGARITA — El Toro boys basketball coach Nick Sainato made sure to remind his players that basketball is process based.

The Chargers lost their ninth game in 10 tries, this time a 50-45 defeat to Tustin on Tuesday at the North/South Challenge at Tesoro High School.

Their last three losses have been fewer than six points.

“If you only focus on the outcome it’s only going to give you a certain feeling,” Sainato said. “If you focus on the process, improving and chemistry that’ll change the way you play.”

El Toro saw its deficit grow to start the game but slowly climbed back and took the lead in the final minutes of the first quarter on scores from Andrea D’Amato and Ashton Rico.

Tustin answered with a 10-0 run to take the lead and never looked back in the first half. All seven points the Chargers scored in the second quarter came off of free throws.

“The effort was better but the execution still needs to improve,” Sainato said.

The Chargers kept the game within reach during the second half as senior guards Alec Martin and Chad Sayer both hit 3-pointers.

Despite injuries plaguing his roster this season, Sainato said he has relied on Martin and Sayer in the backcourt and even though teams start to key in on them late in the lane, they still produce.

They combined for 18 points.

Midway through the third quarter, El Toro got within a bucket down 31-29 but could not get any closer.

Tustin’ pulled away in the fourth quarter and Eli Nyeazi, Martin Misrnas and Carson Jue sealed the game with clutch free throws down the stretch to get the win.

“This was a good test,” Sainato said. “This was the hardest we have been pressured in the half court all year and it got to us in the fourth quarter. We really need to execute late in the game. Not being able to run the plays we want or get the shots we want really hurt us.”

El Toro will continue its season after the new year when it faces Portola in Irvine on Jan. 3.