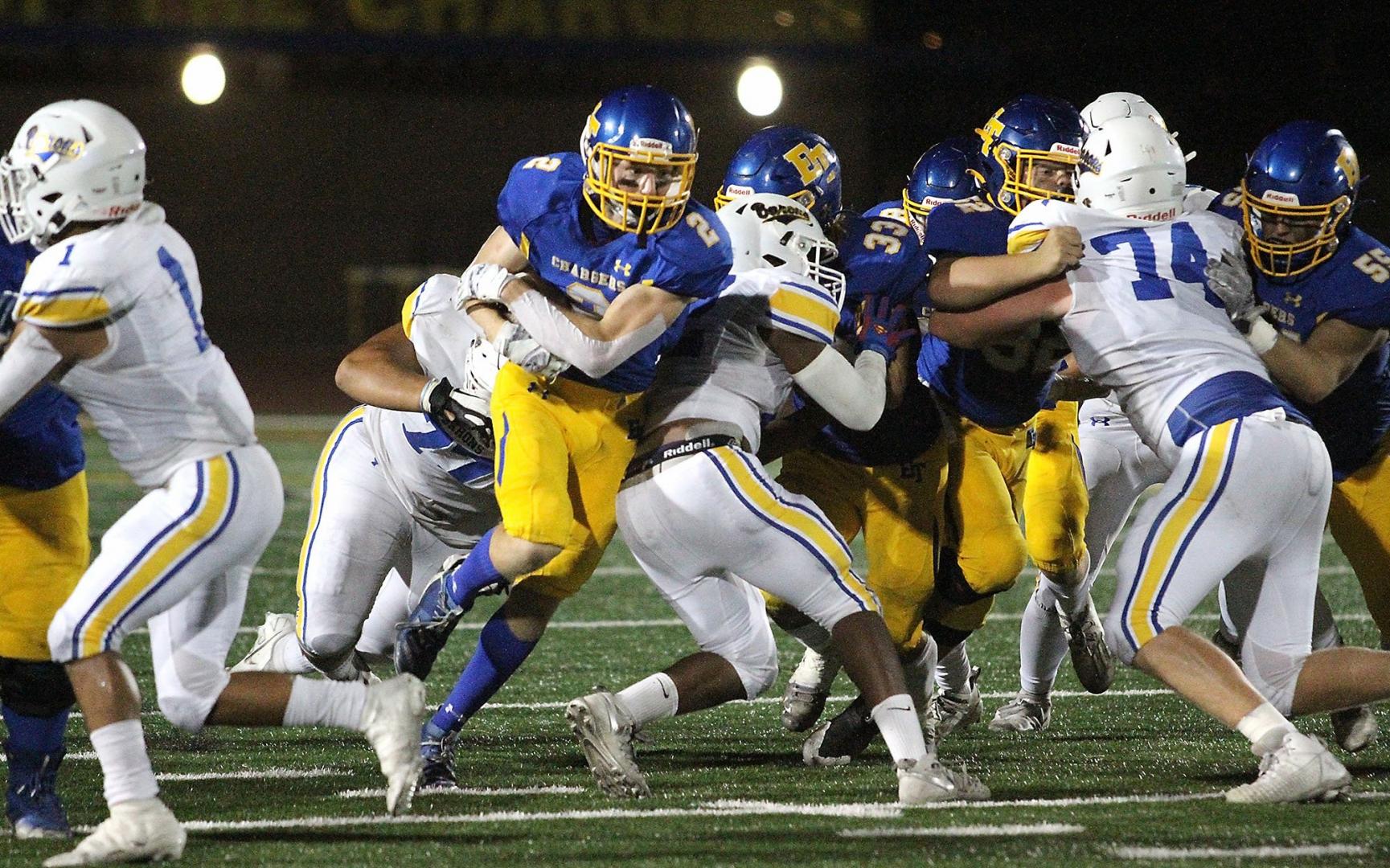 One step back, two steps forward?

Just two weeks after suffering a 42-13 shackling by San Juan Hills, the Chargers returned to form this past Friday to take down Capo Valley.

Coach Randall Reynoso looks back at the loss and knew exactly what to improve on.

“We are going to go as far as our linemen take us,” Reynoso said. “We know we have really good skill players, but the line has to play fundamental football in the trenches.”

The Stallions made quarterback Blake Miller a bit uncomfortable constantly hurrying him as he threw for just 64 yards.

But Miller, who averaged 242.5 yards prior to the loss, returned to form against Capo Valley. He completed 77 percent of his passes for 214 yards as the Chargers defeated Capo Valley for the first time since 2015

“It was huge,” Reynoso said about Miller’s performance and the 31-21 win. “We had a cut and dry game plan and we executed it well.”

The Chargers also saw a productive game from senior running back Carson Olsen.

El Toro leaned heavily on him as he rushed 26 times for 113 yards and three touchdowns.

His first 25 carries totaled 70 yards and on his final run, he broke free for a 43-yard touchdown score.

“He’s that type of explosive back and he’s there when we need him,” Reynoso said.

Olsen played in just one varsity game this past spring and was forced to miss the first two games of this season after he contracted the coronavirus.

But that didn’t stop him.

“You can’t take anything for granted,” Olsen said. “To have an opportunity to play you need to give it all you got.”

Olsen returned on Sept. 3 in the Chargers’ win over Fountain Valley and rushed for a career-high 202 yards.

“I do whatever the team needs me to do,” Olsen said. “I don’t need all the attention on me. I just want to help our team get wins.”

El Toro knows it has only two games left in the regular season and a victory over Aliso Niguel on Friday will greatly help its chance for a postseason berth.

“Everyone is so easily matched,” Reynoso said. “There are so easy games for any team. It’s a sprint to the finish.”