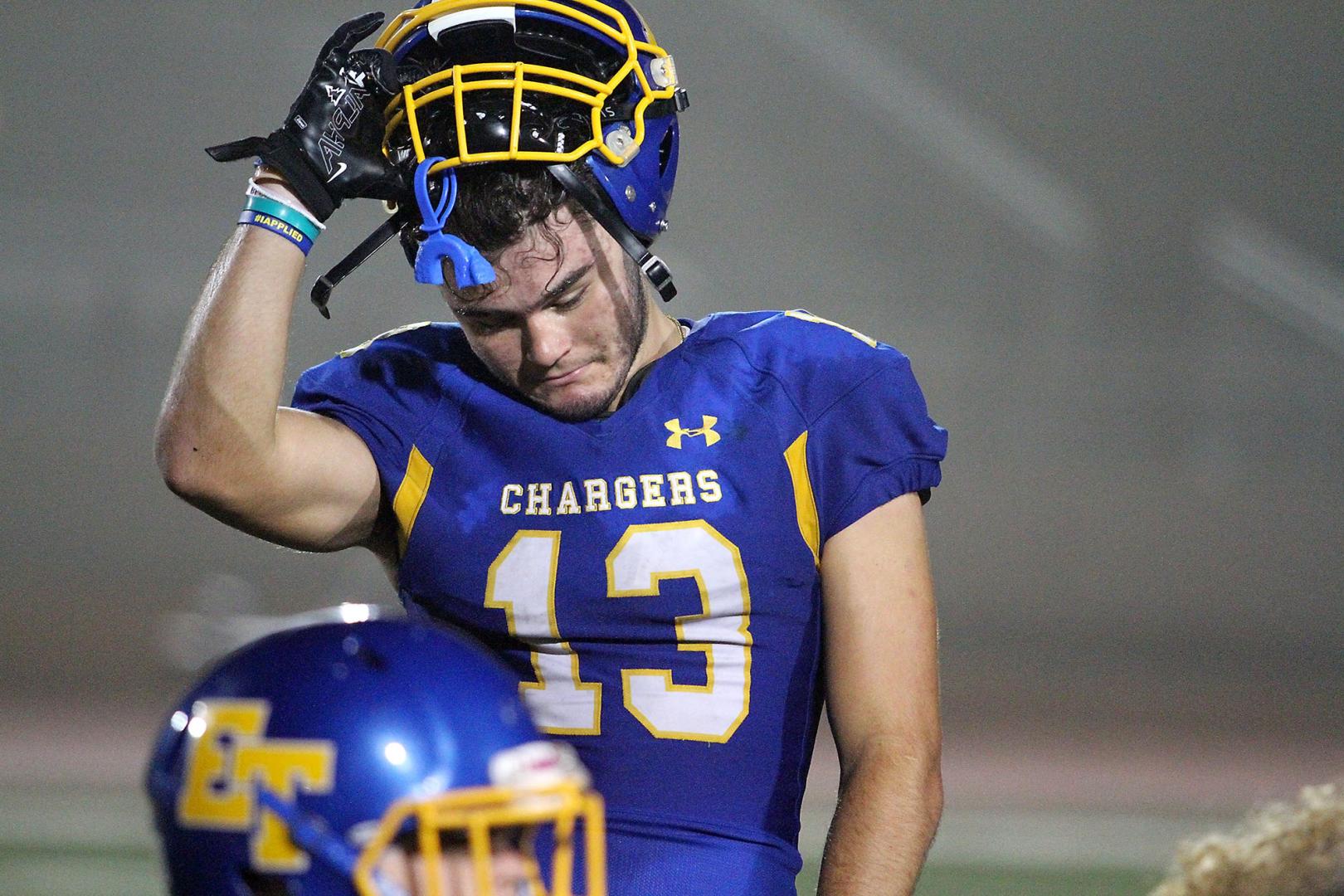 LAKE FOREST — It was a game of mistakes and inches for El Toro football on Friday night.

The Chargers overcame three turnovers but that didn’t matter as Summit (Fontana) came back to escape with a 22-21 overtime victory in the first round of the CIF-Southern Section Division 5 playoffs.

The difference was successful 2-point conversion scored by running back De’Marri Owens.

“It came down to three yards and they got four,” El Toro coach Randall Reynoso said.

El Toro started the game taking the opening drive to the Summit 24-yard line only for senior quarterback Blake Miller to get intercepted by linebacker Isayah Hall who returned the pass 76 yards for the score.

Mille’s second possession was no better as he threw his second interception in the red zone, this one just seven yards from the goal line.

“They were just mistakes,” said Miller who finished with 193 yards passing . “I didn’t see the defender on the first interception and the second pass, I shouldn’t have thrown.”

The Chargers regained their composure early in the second half as Miller orchestrated a 12-play scoring drive that was set up by an 11-yard pass to junior wide receiver Thomas Frum.

All senior running back Carson Olson had to do was waltz into the end zone on a 1-yard run to tie the game.

The next eight minutes of the second half showcased both defenses.

Summit had the chance to take the lead into halftime but its 28-yard field goal sailed wide left both teams entered their locker rooms tied 7-7.

El Toro struck first in the second half when Miller showed off his all-around skill.

He first found Olson on a 29-yard pass down the sideline and followed it up with a 13-yard quarterback scamper to reach the goal line.

Olson was there once again to score on the 1-yard touchdown run.

The celebration didn’t last long, however, as the Skyhawks’ rushing attack was on full display.

The combination of Owens and Sitani Mikaele pushed Summit downfield on six plays and Owens scored on an 8-yard run.

“They are a ground-and-pound team,” Reynoso said. “That’s their bread and butter.”

El Toro had one final chance to win the game but came up short.

With a minute left the Chargers were on the cusp of finding the end zone but Miller fumbled the ball on the 15-yard line.

The game was headed to overtime.

El Toro scored on its first possession when Miller found Olson on an 8-yard pass, Summit started their drive on the 40-yard line instead of the 35-yard line because of an unsportsmanlike penalty after the El Toro touchdown but that didn’t matter.

Afterwards, Reynoso said he had a feeling Summit would go for the win.

“We were ready for it,” Reynoso said. “We saw it on film that like to go for it, but give them credit. They earned the right to be here.”

El Toro will graduate Miller, Olson, and its top two receivers in Collin Payne and Trey Williams, but Reynoso said he is confident with his younger players stepping up next season.

“The work doesn’t stop,” Reynoso said. “I’m really proud of this group. The standard has been set. We are winning games again at El Toro.”