Chargers hold on to win 28-27 despite late Titan comeback 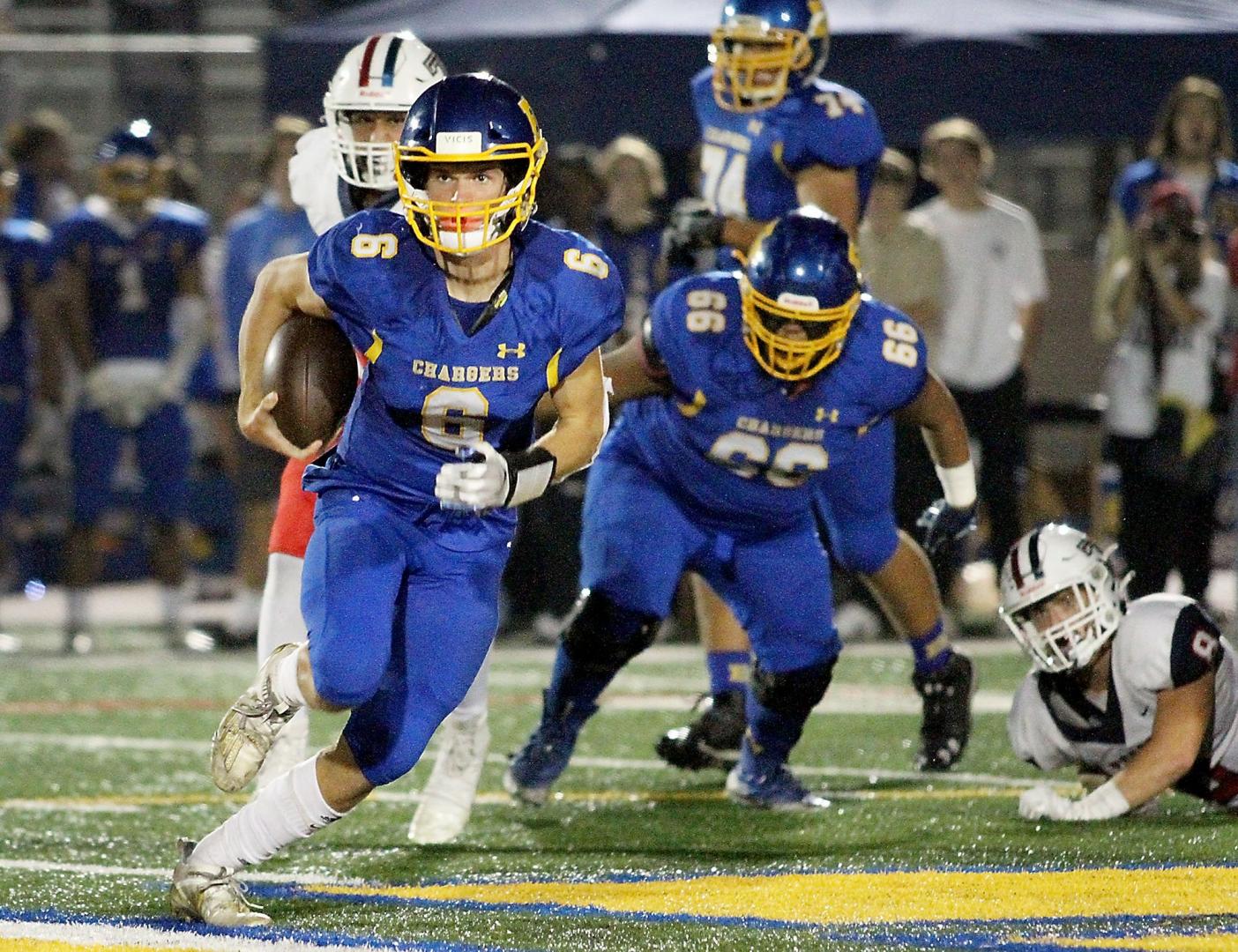 There was Quarterback Blake Miller’s 71-yard touchdown pass to running back Carson Olson, or ether one of Josh Vivonia’s three interceptions.

Collin Payne even a blocked point after attempt near the end of the game to avoid overtime.

But Chargers’ coach Randall Reynoso’s message to his team was there is still lots of room for improvement following a 28-27 win over Tesoro.

“We are happy to get the result. We are really talented at certain spots and the guys made the plays when they had to but there is a lot to clean up,” Reynoso said. “We weren’t very good situationally and with our substitutions, putting the guys in at the right spots. It starts with me and the coaches.”

One the Chargers’ next possession Miller marched the offense down the field and found Vivonia for 3-yard touchdown pass.

It wasn’t even six minutes into the game and El Toro held a 14-0 lead.

“We just played our brand of football,” Vivonia said. “It was an all around team effort

Tesoro’s offense struggled early when quarterback Gavin Shaigineik threw an interception but eventually found their rhythm by handing the ball off to running back Lucas Pesak.

His line created some space to rush for a 2-yard score and cut the lead in half, but the momentum didn’t last long.

Two plays later Miller threw the 71-yard touchdown to bring the lead back up to two scores.

Tesoro showed tenacity by ending the half with another rushing touchdown, this time by Kyler Bock, but couldn’t stop El Toro’s playmakers.

The Titans started the second half with Shaigineik throwing a second interception that was returned for a touchdown.

His third interception came when late in the third quarter when Vivonia made another big play.

Vivonia plays both ways but he joked that tonight he liked the defensive side just a little bit more.

“This defense works hard every day in practice,” Vivonia said. “I think it showed tonight.”

The Titans have had problems throwing the ball this season with now nine interceptions over the last five games, so it learned heavily on its running game.

On Tesoro’s next drive he carried the ball 10 times before punching it in for a 1-yard score.

The only problem was that Payne came in and blocked the Titans’ game-tying extra point.

Tesoro was given a second chance with 55 seconds left and advanced to midfield but Vivonia came away with an interception on fourth down.

“There was just four or five plays that was the difference in the game and the blocked kick was one of them,” Potson said. “It was pretty deflating.”

Despite the loss, Pesak ran all over the Chargers for 182 yards and three touchdowns.

Poston just smiled describing Pesak’s ability and determination as something he wishes he could bottle up and sell.

But now the Titans know they need to put the heartbreak behind them.

They travel to Aliso Niguel next week before finishing up the non-league schedule at home against Trabuco Hills.

El Toro will also move on and take their undefeated record to a final non-league game against San Juan Hills next week.

The Chargers have never won their first six games to start a season in more than 15 years.

“Wee aren’t finished yet,” Vivonia said. “There is a long road ahead of us but tonight was enjoyable.”