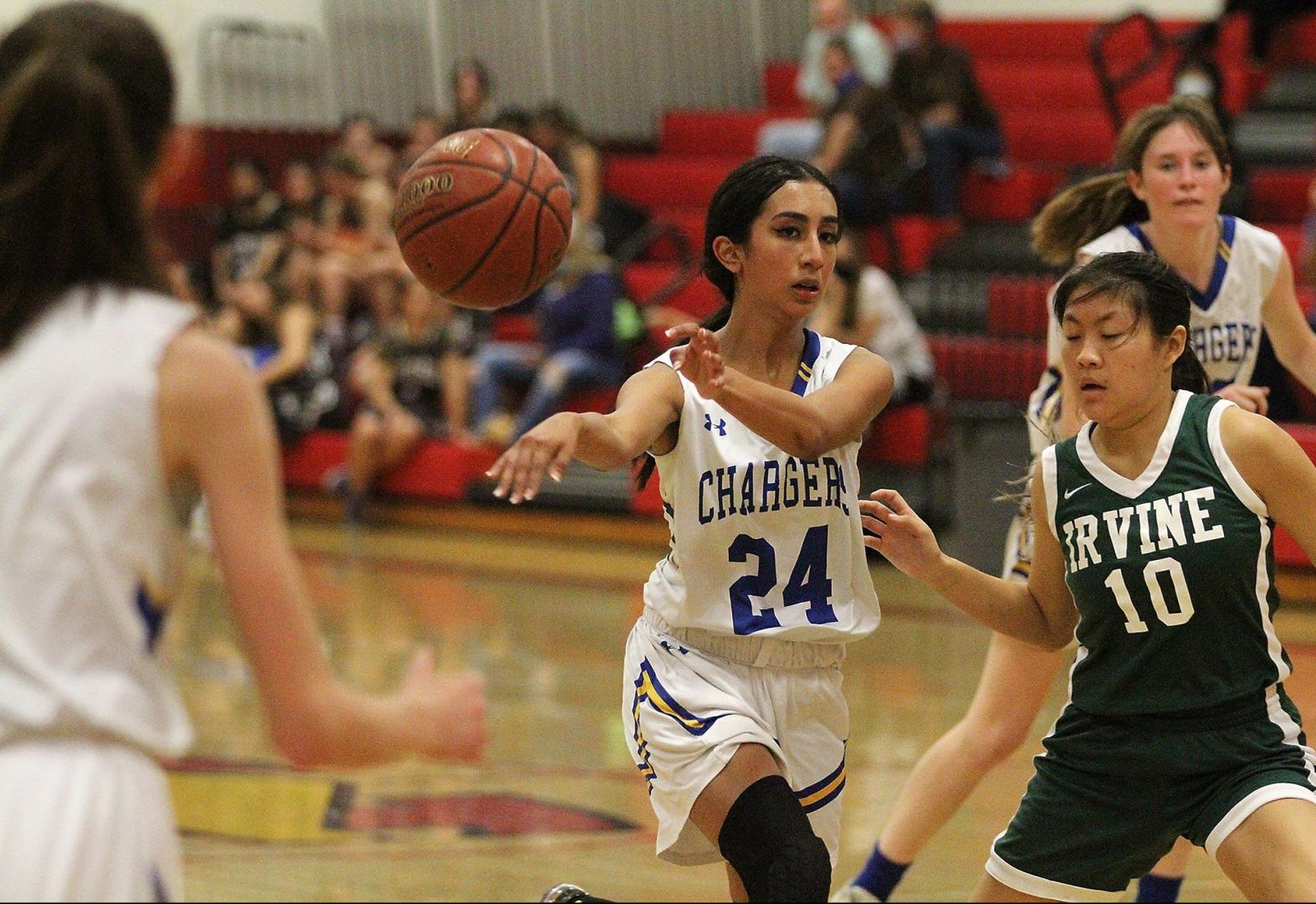 MISSION VIEJO — El Toro freshman point guard Andrea Rico might have been playing her first varsity basketball game on Monday,, but she knows some of her teammates pretty well.

Sophomore Nyema Waits was on her club team.

So it didn’t take long for them too find chemistry together.

The two combined for 36 points as the Chargers defeated Irvine, 64-63, in the first round of the North/South Tournament hosted at Mission Viejo High School.

“We just work together,” Rico said of her teammate.

Waits had her first taste of varsity basketball as a freshman last season and picked right back up where she left off.

She scored her team’s first 11 points as the Chargers jumped out to a 19-16 lead at the end of the first quarter.

Not only was she scoring the ball but also take pride in her rebounding grabbing four boards.

“ I just love rebounding,” said Waits who finished with 20 points and six rebounds. “It’s something that no one likes to do but I have made it my job.”

Irvine put together a run in the second quarter as it sped up its offense.

But the momentum didn’t last long.

Waits re-entered the game and with the help of Rico and junior center Emily Bradshaw, the Chargers put together a 10-1 run and finish the half with a 38-35 lead.

“As the point guard I knew I needed to control the game,” Rico said. “It was my job to let everyone know everything was going to be OK.”

And it would be.

The second half showed off El Toro’s depth.

While Waits and Rico handled the majority of the scoring in the first half, freshman guard Mariana Mina also added some offense in the form of a pair of 3-pointers. Her second shot was banked in from the wing just as the quarter buzzer sounded.

That class was replaced by four freshmen.

“It’s exciting because it’s a brand new slate,” Chargers coach Pat Nunez said. “They are all learning each other and we are learning them as a coaching staff.”

El Toro extended its lead to a 60-49 advantage early in the fourth quarter but the Vaqueros made one final run.

They fought back to get within a point with about 16 seconds left in the game, but the Chargers held on for their first win.

“It was a good win,” Nunez said. “Our girls dug deep and they made all the right decisions.”

“This is a tournament that we can match up against a bunch of different teams,” Nunez said. “Playing teams like Irvine and Dana Hills are just going to make us better.